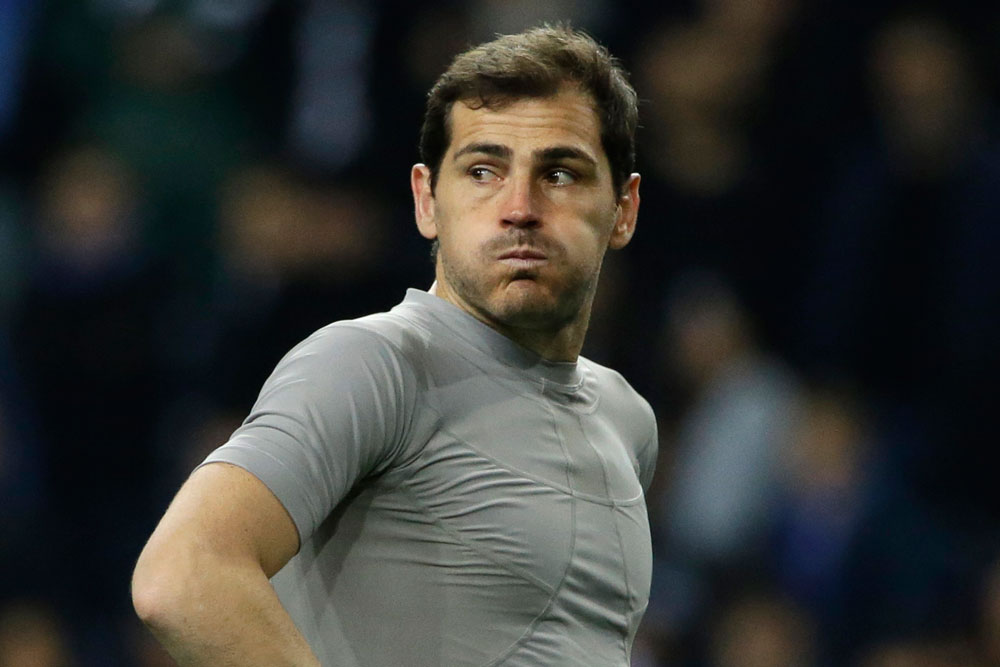 Spain’s World Cup-winning captain Iker Casillas, 37, suffered a heart attack while training with his team Porto on Wednesday and was taken to hospital, the Portuguese club said in a statement. It added that the goalkeeper’s life was not in danger.

“Iker Casillas suffered an acute heart attack during this Wednesday’s training session,” Porto said in a statement on their official website. “The session was quickly halted so medical assistance could be provided to the Porto goalkeeper, who is currently in the CUF Porto Hospital. Casillas is ok, stable and the heart problem has been resolved.”

Casillas played 167 times for Spain, famously captaining his country to their first and only World Cup win in 2010 as well as the 2008 and 2012 European Championships.

The goalkeeper, regarded as one of the best ever, made his international debut in 2000. He played in all seven games of the 2010 Cup and conceded only two goals, keeping clean sheets in all four knock-out games.

Casillas was a key figure in a dominant Spain side which he led in their successful campaign to win Euro 2008 and also when they retained the European Championships in 2012. In all he played at four World Cups for Spain and was nominated for the Ballon D’Or in 2008.

Born in Mostoles, Madrid, Casillas came through Real Madrid’s academy and spent the majority of his career there until joining Porto in July 2015.

He is Real’s second all-time appearance maker, playing 725 matches between 1999 and 2015, winning five La Liga titles and three Champions League crowns with the club. His former team mate Raul made 741 appearances for Real.

Real Madrid published a statement, sending their former keeper “all the courage of the world”.

“Real Madrid wants to transmit all their support to their beloved captain Casillas,' the statement read. “Casillas has taught us throughout his professional career to overcome the most incredible challenges to enhance the glory of our club.

“It has taught us that giving up does not fit into our philosophy of life and has shown us countless times that being stronger the harder the challenge is, the way to achieve victory.

“Real Madrid want to see their eternal captain recovered as soon as possible and send him all the courage of the world.”

The 37-year-old will miss the remaining three games of Porto’s title run-in, as they look to chase down leaders Benfica, as well as the Portuguese cup final against Sporting. They were knocked out of the Champions League in the quarter finals by Liverpool.

There will be fears that Casillas’s career is also over. He recently signed a new contract with Porto – for another season with the option for another year – which could keep him at the club until he is 40.

Porto confirmed the news on Twitter with the message, in Portuguese, of “Always together! Strength, Iker!” and a photograph of the Spaniard from his unveiling at the club four years ago.

Wishes poured in from around the world, as news of his illness spread, including from one of his successors as Real goalkeeper, Thibaut Courtois.

Pepe Reina, who was a teammate of Casillas in the Spain 2010 World Cup squad, tweeted a picture of the two goalkeepers embracing.

He wrote: “With that heart so big I have no doubt that everything will be OK brother. Much courage!”, along with a heart emoji.