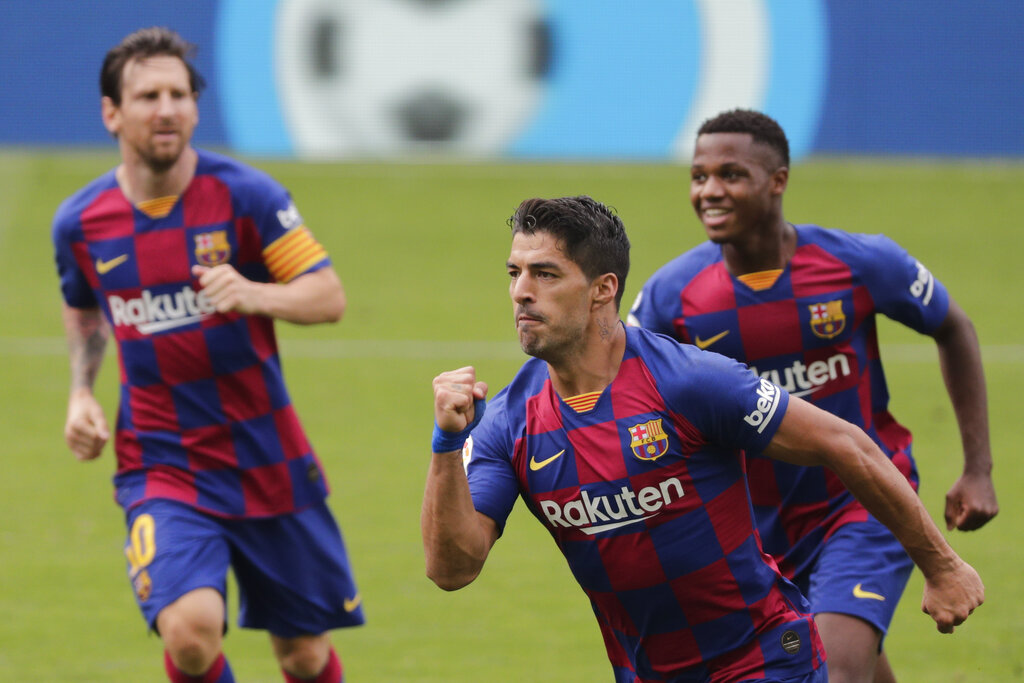 Spain striker Iago Aspas dealt a fresh blow to Barcelona’s La Liga title hopes by striking a late free kick to snatch a 2-2 draw at home against the Catalans on Saturday as Quique Setien’s side twice threw away the lead in a thrilling match.

The draw put Barca back on top of the table on 69 points after 32 games but Real Madrid, on 68, can go two points clear at the summit if they beat Espanyol on Sunday.

Luis Suarez headed Barca in front in the 20th minute thanks to a piece of ingenuity from Lionel Messi, who looked certain to fire at goal from a free kick but instead lofted the ball towards his Uruguayan strike partner.

CR7 back in form

Cristiano Ronaldo is back in form.

He set up two goals and converted a penalty to help Juventus beat 10-man Lecce 4-0 on Friday and boost their chances of claiming a record-extending ninth successive Serie A title.

“What’s important is that we continue to get results,” Juventus coach Maurizio Sarri said when asked about their increasing advantage at the top of the table. “We struggled at the beginning and then we managed to get going at the end of the first half.”

The victory lifts Wolves above Manchester United into fifth place in the Premier League points table.