Bid for Sydney glory with Rohit at the top

Besides Rohit’s comeback, a Test cap is all set to be given to young pacer Navdeep Saini 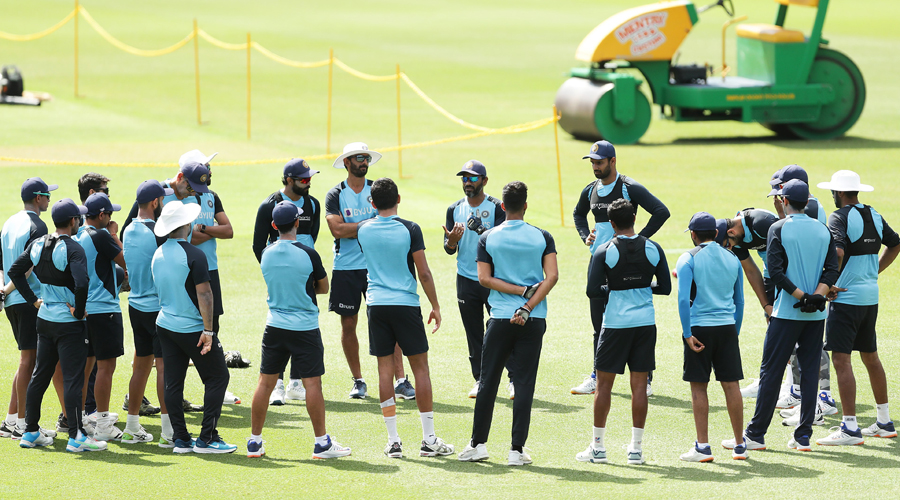 Buoyant after a fabulous win that helped them level the series, India have been strengthened by the return of Rohit Sharma in their XI for the third Test in Sydney beginning on Thursday.

Alongside Rohit’s comeback, a Test cap is all set to be given to young pacer Navdeep Saini, who was included as a replacement for the injured Umesh Yadav.

Rohit, coming in place of Mayank Agarwal, who looked out of sorts in both Adelaide and Melbourne, had last played a Test in November 2019 — India’s first-ever pink-ball game, at the Eden versus Bangladesh. That was the season when the team management promoted him up the order to open the innings and he responded brilliantly with three match-defining centuries in five Tests before injuries ruled him out of the ODI and Test series in New Zealand in 2020.

All of Rohit’s exploits at the top have come in home Tests, with the one in Melbourne towards the end of 2018, in which he batted at No. 6, being his last appearance in the longest format on foreign soil.

However, according to stand-in captain Ajinkya Rahane, what matters for India is the wealth of experience that Rohit brings along with him.

“We all are excited to have Rohit back in the team. His experience at the highest level matters a lot.

“He batted really well at nets, having seven-eight sessions. He came to Melbourne and started his practice straightaway after the Boxing Day Test got over.

“In the last couple of series, he has batted as an opener, so you will definitely see him at the top,” Rahane said during a virtual conference on the eve of the third Test.

As for Saini, his ability to generate pace perhaps made the team management to prefer him over left-arm quick T. Natarajan, who too was an option. With both Mohammed Siraj and Saini in the XI, India’s pace attack does look a bit thin on experience with Bumrah being the lone senior quick.

However, the presence of Ravichandran Ashwin and Ravindra Jadeja, both of whom are in good rhythm, does make the visitors feel upbeat going into the “Pink Test” at the SCG. Besides, Siraj’s performance on debut in Melbourne does inspire hope for Rahane.

“Umesh is definitely a quality bowler and we’ll miss him too. Having said that, it gives opportunity to other guys to come into the team and do well. As for Bumrah and Ashwin, they have done a great job for us so far, but it’s not about one or two individuals. It’s all about performing as a unit.

“However, I’m very happy for Siraj given his bowling in the previous game, especially when Umesh got injured in the second innings. The way he stood up was worthy of appreciation,” he stressed.

India last won a Test at the SCG in 1978 and Rahane would be keen to correct that record. A win for India would mean they will retain the Border-Gavaskar Trophy.