Bhaskar Bhatt set to be women's head coach before world championships, no trial for Lovlina

The tournament is scheduled to take place in December in Istanbul 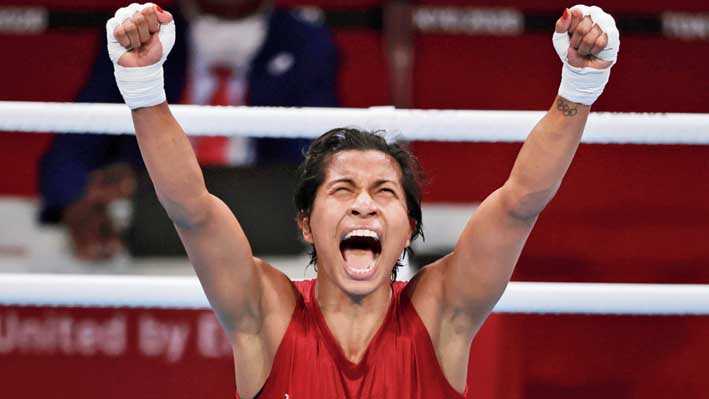 Long-serving national youth coach Bhaskar Bhatt is all but certain to take over as the senior women's head coach before the world championships, for which Olympic bronze-medallist Lovlina Borgohain will remain a direct selection despite the request for a trial by national gold-winner Arundhati Choudhary.

In a conversation with PTI, Boxing Federation of India (BFI) Secretary General Hemanta Kalita said the decision to give Borgohain a direct entry in the 70kg category will not be revisited despite Choudhary's open letter, seeking a trial citing "the concept of fair play and need to prove oneself each time."

"There won't be any trials for the women's world championship. As decided during the Executive Committee meeting in September, national champions, except for the category in which Lovlina competes, will form the team," Kalita asserted.

"The decision to give Lovlina direct entry was based on her Tokyo Olympics performance. It will not be changed," he added.

The women's world championships is scheduled to take place in December in Istanbul. The dates of the competition have not yet been finalised.

The 24-year-old Borgohain is a two-time bronze-medallist at the showpiece, while the 19-year-old Choudhary had won a gold in the youth world championships earlier this year.