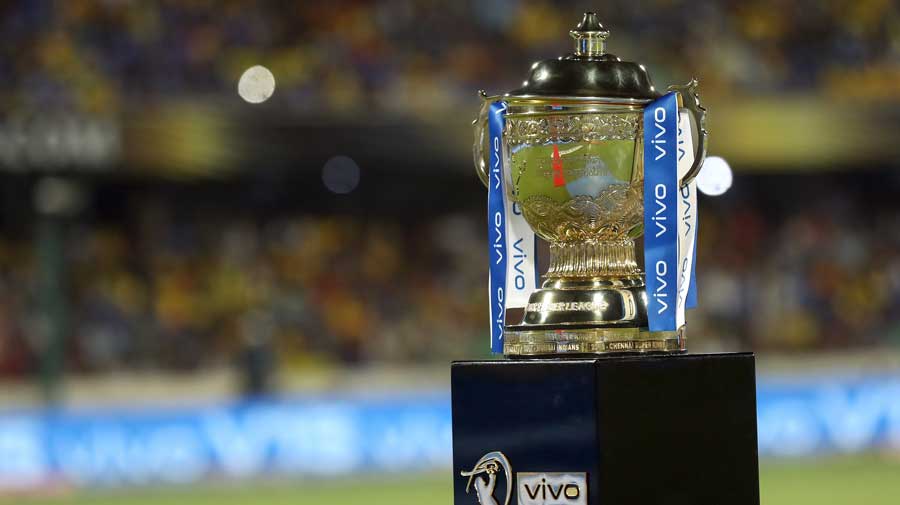 Besides Chennai and Ahmedabad, the other venues will be Bangalore Delhi, Mumbai and Calcutta. That the Eden Gardens would host some of the IPL matches was first reported by The Telegraph on February 27.
Twitter/@IPL
Indranil Majumdar   |   Calcutta   |   Published 08.03.21, 12:58 AM

The 14th edition of the Indian Premier League (IPL) will be played in India across six venues from April 9 to May 30 behind closed doors in the initial stages.

Chennai will host the opener with defending champions Mumbai Indians taking on Royal Challengers Bangalore. The playoffs and the final will be held at the Motera Stadium in Ahmedabad.

Besides Chennai and Ahmedabad, the other venues will be Bangalore Delhi, Mumbai and Calcutta. That the Eden Gardens would host some of the IPL matches was first reported by The Telegraph on February 27.

The BCCI this season has decided to conduct all matches at neutral venues and hence none of the franchises will enjoy home advantage. All teams will play at four out of the six venues during the league stages, which includes 56 games.

“The VIVO IPL this year at home will be played behind closed doors to begin with and a call on allowing spectators will be taken at a later stage,” the BCCI said in a statement.

The IPL governing council is hoping to allow 50 per cent spectators at the stadiums around the last week of April unless there’s another massive rise in the number of Covid-19 cases.

It is expected that crowds will be allowed when Eden Gardens will get to host its first match on May 9, involving Royal Challengers Bangalore and Sunrisers Hyderabad. The state will go to polls from March 27 to April 29 with the counting of votes set for May 2.

“The BCCI is adopting a safety first approach, especially in view of the recent suspension of the Pakistan Super League because of Covid-19 cases. The IPL is an eight-team event as opposed to a bilateral series where two teams can be more easily managed in a bio-bubble,” a source told The Telegraph.

The afternoon games — there are 11 double-headers lined up — will begin at 3.30pm, while the evening matches are scheduled for 7.30pm.

“The fixtures of the tournament have been mapped in a way that every team will travel only three times during the league stage, thus reducing commute and minimising risk,” the statement said.

The BCCI’s decision not to allow home matches has evoked mixed reactions from the franchises.

However, one of the franchises who have been denied the chance to play at home despite the venue hosting matches appeared upset.

“How can franchises not play at home? The decision defies logic,” a top-ranked official fumed.