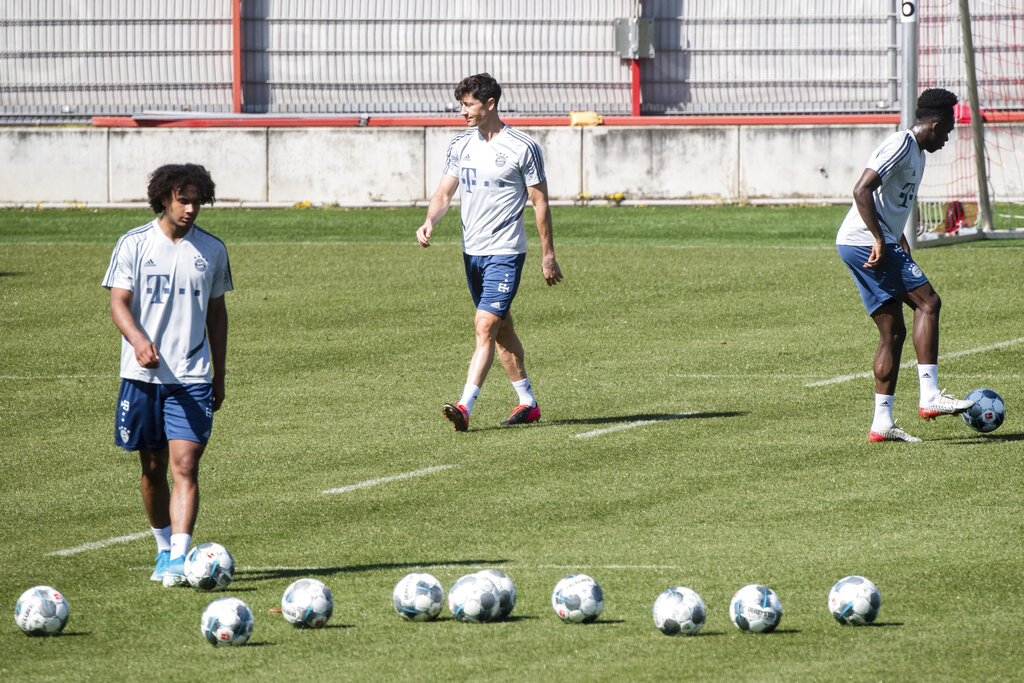 Bayern Munich aim to continue the Bundesliga’s current trend of teams winning on the road behind closed doors when they face Borussia Dortmund in a potential title decider on Tuesday.

Leaders Bayern arrive at second-placed Dortmund four points clear and on course for an eighth straight title. “For us this is a very decisive week,” insisted Bayern forward Thomas Mueller.

“We’ve clearly set ourselves the goal of three victories this week and taking a giant step forward.”

Bayern warmed up by beating Eintracht Frankfurt 5-2 on the weekend and also host relegation-threatened Fortuna Duesseldorf this Saturday.

Since the Bundesliga resumed 10 days ago, behind locked doors, home advantage has counted for little with 10 of the 18 games played won by the away team.

Bayern and Dortmund are among only three clubs — the other being Hertha Berlin who thrashed neighbours FC Union 4-0 on Friday — to have won at home since the restart.

Dortmund are set to include chief defender Mats Hummels with stars Jadon Sancho and Axel Witsel also poised to return.

“With Mats, it’s okay. We have to look at the short term, but he is 99 per cent there,” Dortmund coach Lucien Favre said at Monday’s news conference.

Centre-back Hummels limped out of Saturday’s 2-0 win at Wolfsburg after 45 minutes with an aggravated Achilles tendon, but is poised to marshall Dortmund’s defence against his former club