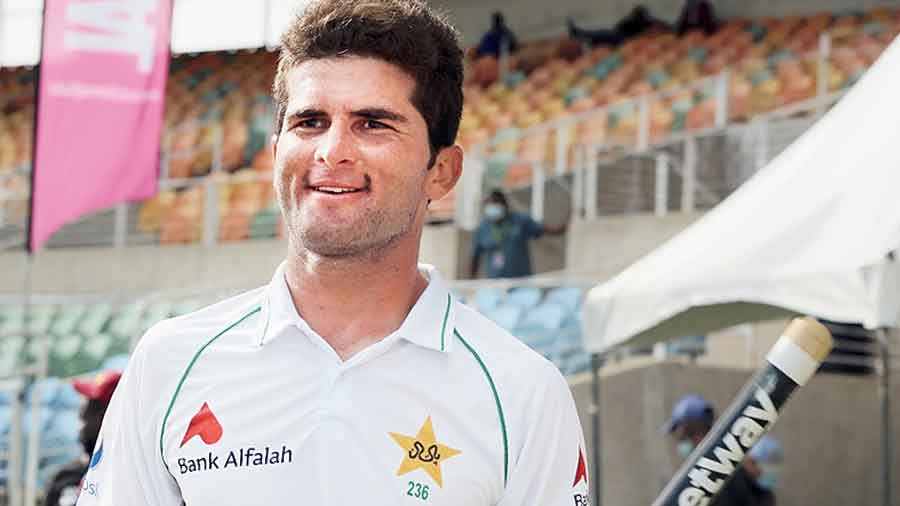 Left-arm quick Shaheen Afridi completed match figures of 10/94 as Pakistan endured a rain break before beating West Indies by 109 runs on the last day of the second and final Test to draw the series 1-1.

Shaheen took 4/43 to help Pakistan bowl the Windies out for 219 in the second innings. Twenty-one-year-old Shaheen, taking a career-best 6/51 in the first innings, finished with a total of 18 wickets in the series at an average of 11.28.

“Such a great day for us. It’s all due to team effort,” Shaheen, adjudged Man of the Match as well as Man of the Series, said later.

“The team needed me to step up and it was good for me that I delivered. As a team, we knew that if we gave our 100 per cent, we could win.”

Captain Babar Azam too doffed his hat to Shaheen.

“The way Shaheen is grooming himself and performing for Pakistan shows he’s such a good talent,” Babar said.

“He’s improving day by day and learning as well. He’s leading the bowling too and it was fun watching him bowl. He believes in himself and each time he is given the ball, he bowls with the same pace and aggression. And this is really helpful for me as captain.”