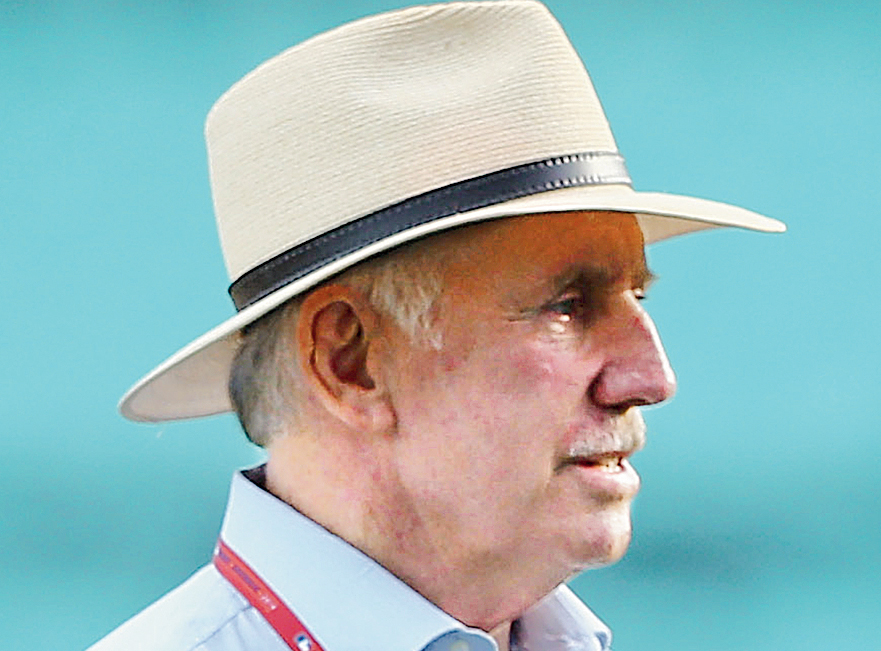 Ian Michael Chappell, Australia’s iconic no-nonsense former captain, may have been seething with rage, but the 75-year-old gave restrained answers during a brief interaction with The Telegraph on Monday.

It was, of course, evident that Ian is upset.

Q Did Australia’s lack of fight in much of the four-Test series infuriate you?

A Because Australia just weren’t good enough. Either you are good enough or you are not. There’s no in-between situation.

Q Last April itself, you’d told me ‘It would be India’s best chance. (Virat) Kohli and his boys will have to grab it with both hands’...

A There you are.

Q Knowing that India would be formidable, would you have revoked the bans on Steve Smith and David Warner?

Q Who or what made the biggest difference in the series?

A One man: Cheteshwar Pujara.

[Pujara got adjudged the Player of the Series.]

A Kohli led very well. It got reflected in the result.