Earlier, FC Goa became the fourth team to enter the play-offs after playing a barren draw against Hyderabad FC in Fatorda 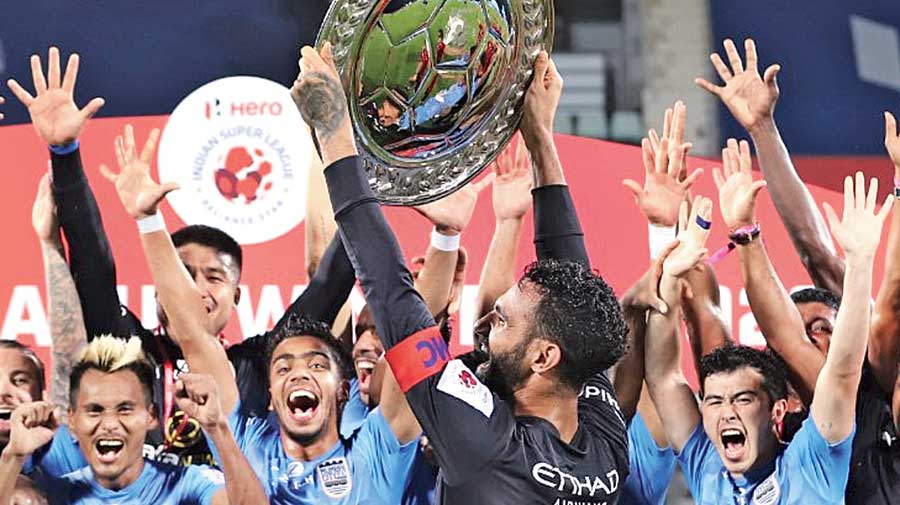 Mumbai City FC beat ATK Mohun Bagan 2-0 in the final league encounter of ISL VII at the GMC Stadium in Bambolim on Sunday to win the Winners Shield and book a place in the coveted AFC Champions League next season. Earlier, FC Goa became the fourth team to enter the play-offs after playing a barren draw against Hyderabad FC in Fatorda.

Despite losing the top spot to Mumbai City, Bagan will still harbour hopes of salvaging their season with the title.

The Mumbai and Calcutta-based teams were at 25 and 21 points respectively at the end of the first phase of the season’s league phase. Both the teams ended the league stage with 40 points from 20 matches. Mumbai City finished on top by virtue of a better head-to-head record.

Being the team with the most goals from set-pieces this season, Mumbai City drew the first blood in a similar fashion, scoring with their first shot on target. Ahmed Jahouh’s free-kick fell to an unmarked Fall, whose angular header gave Mumbai City the lead.

Tiri could have done better in dealing with the free-kick.

Bagan took control of the game soon but were forced to make a substitution  with Prabir Das replacing an injured Sandesh Jinghan.

Chances were far and few in between after the opening goal. And it was from another set-piece that Mumbai City doubled their advantage.

Hernan Santana’s free-kick rattled the underside of the crossbar and Ogbeche pounced on the rebound, heading into an empty net.