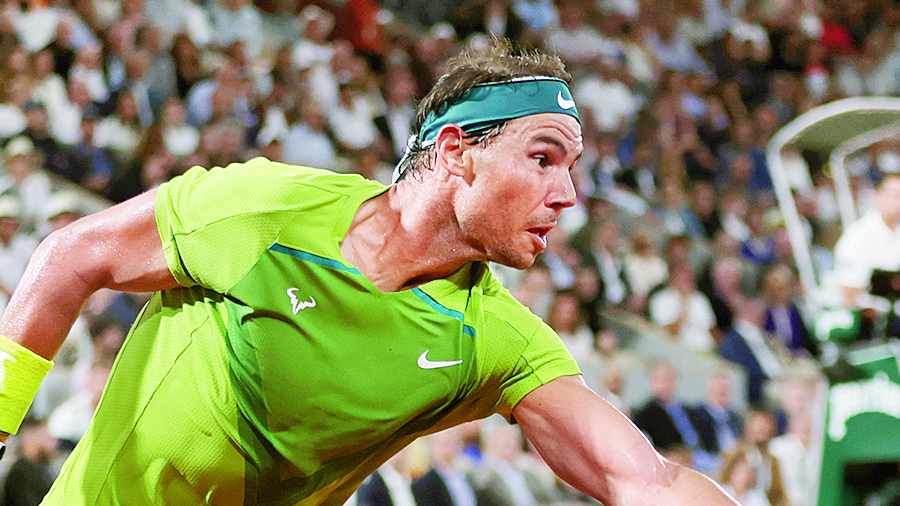 Alexander Zverev was giving the 13-time champion Rafael Nadal a hard time in the French Open semi-final at Roland Garros on Friday, but then his luck ran out.

A terrible injury to his right ankle, as he sprinted in an effort to retrieve a shot with the score reading 7-6 (10-8), 6-6 in Nadal’s favour, brought an abrupt end to a match which was already more than three hours long.

The injury was so bad that the broadcasters refrained from showing replays of what exactly happened. Zverev left on a wheelchair for medical attention and it was soon evident that he will not be able to continue.

As he returned to the court, hobbling on crutches and trying to fight back tears to forfeit the match, Nadal also got emotional.

“It is tough now. Very sad, he was playing an unbelievable tournament. He’s a very good colleague on the tour,” Nadal said.

“I know how much he is fighting to win a grand slam.

“It was a super tough match. Over three hours and we didn’t even finish the second set. Of course being in the final of Roland Garros is a dream without a doubt, but at the same time that it (the semi-final) finishes this way is tough. Seeing him cry like this is a tough moment,” the 13-time French Open champion said, after hugging his opponent.

The fifth seed, who turned 36 on Friday, is aiming to win his 14th Roland Garros crown and a record-extending 22nd grand slam title.

If Nadal triumphs in Paris on Sunday, he will eclipse countryman Andres Gimeno and become the oldest champion in the history of the French Open in the Open Era.

With rain forcing the roof to be closed on Court Philippe Chatrier, the Spaniard rallied from a break down and overcame an attacking Zverev to win the first set in the tie-break 7-6 (10-8). He saved four set points in the tie-break, battling back from 2-6 to clinch a mammoth first set that lasted one hour and 31 minutes.

Zverev, who lost to Stefanos Tsitsipas in the semi-finals last year, was looking to become the second German man to reach the Roland Garros final in the Open Era, joining 1996 runner-up Michael Stich.