Advertisement
Home / Sports / Your achievement will serve as a small reminder of joy amid the pandemic, Bindra tells Chanu

Your achievement will serve as a small reminder of joy amid the pandemic, Bindra tells Chanu 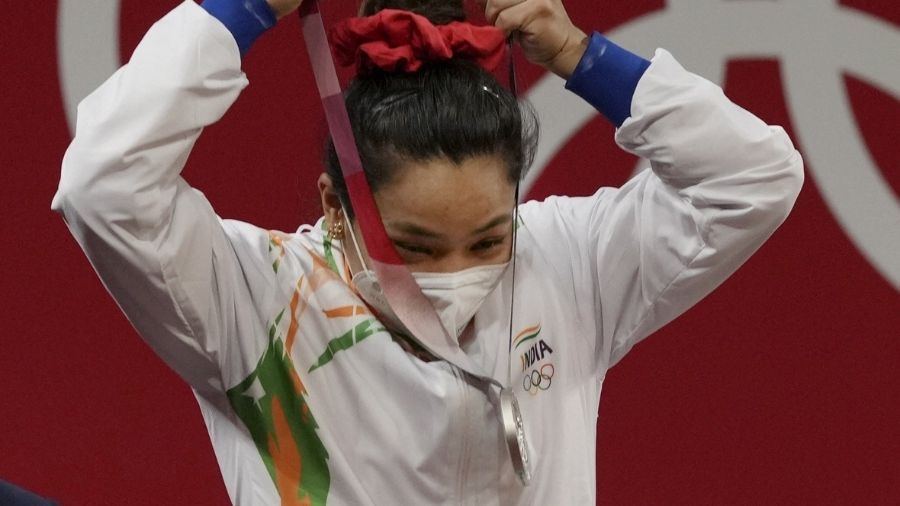 In a letter of appreciation to Tokyo Olympics silver medallist Mirabai Chanu, the legendary Abhinav Bindra on Saturday said the Indian weightlifter's stupendous achievement will "serve as a small reminder of joy" at a time when the country is battling a raging pandemic.

Chanu on Saturday ended India's 21-year wait for a weightlifting medal at the Games with her feat in the 48kg category while also opening the country's account in the Japanese capital on the first day of competition.

"Your outstanding performance in the Tokyo Olympics 2020 is sure to be remembered as one of the best by an Indian athlete at the Olympics Games and shall also serve as an inspiration for generations to come," Bindra wrote in the letter while congratulating her.

"During these rough times of the pandemic, when lives have come to an abrupt halt and mere survival has become an isolating task, victories such as yours will serve as a small reminder of the joy that hope and perseverance can bring."

The 26-year-old from Manipur lifted a total of 202kg (87kg+115kg) to better Karnam Malleswari's bronze in the 2000 Sydney Olympics. With this, she also exorcised the ghosts of the 2016 Games where she had failed to log a single legitimate lift.

"In over a hundred years of our nation's participation in the games, only a special few have managed to experience the elation of standing at the podium. It is a reward for years of hard work and single-minded determination spend on perfecting your craft," Bindra wrote.

"All the sacrifices you made in your quest to bring glory to the nation will make this incredible milestone even sweeter."

Considered her weakness in the run up to the marquee event, Chanu attempted 84kg in her first snatch attempt. The Manipuri took her time and cleanly heaved the barbell.

She lifted 87kg in her next attempt and raised the weight to 89kg, which was one 1kg more than her personal best of 88kg that she had lifted at the national championship last year.

However, she was unable to better her personal best and settled for 87kg in the snatch event.

Bindra, who created history by winning the gold medal in the 10m air rifle event at the 2008 Beijing Games, lauded the support of Chanu's family and the effort put in by her coaching staff for their "unflinching" backing and encouragement at every stage.

"The journey to becoming the best in the world is rarely, if ever, undertaken alone, and I assure you that more than the laurels, you will remember fondly the moments you shared with your team and the camaraderie you developed with your fellow competitors," he wrote.

"This is one of the many powers of Sport. It brings us together, drivers us forward, and leaves us with an incorruptible spirit of togetherness. It continues to bring us new heros, new stories, and also serves as a great healer."

Bindra said more than the medals, Chanu's journey towards it and the feeling of fulfilling the expectations will drive her further.

"While medals cannot be a measure of your happiness or define who you are as a person, the feeling of living up to the expectations of a billion people is something that shall drive you for a long time to come," he wrote.

"You are an inspiration to us all and I am positive that you will use your status as an Olympic medallist to promote the values of Olympism -- friendship, respect, and excellence -- as you move towards the next phase of your journey.

"Wishing you all the very best for the future and hoping you will continue to go forward with the same competitive spirit with which you conquered Tokyo," Bindra signed off.

Earlier, PM Narendra Modi led the country in congratulating Chanu for her stupendous feat at the Olympics.

Sports Minister Anurag Thakur, his predecessor Kiren Rijiju, cricketers such as batting legend Sachin Tendulkar and VVS Laxman too congratulated the weightlifter for bagging a medal for India on the first day of the competitions.