Karnataka were bundled out for a paltry 122 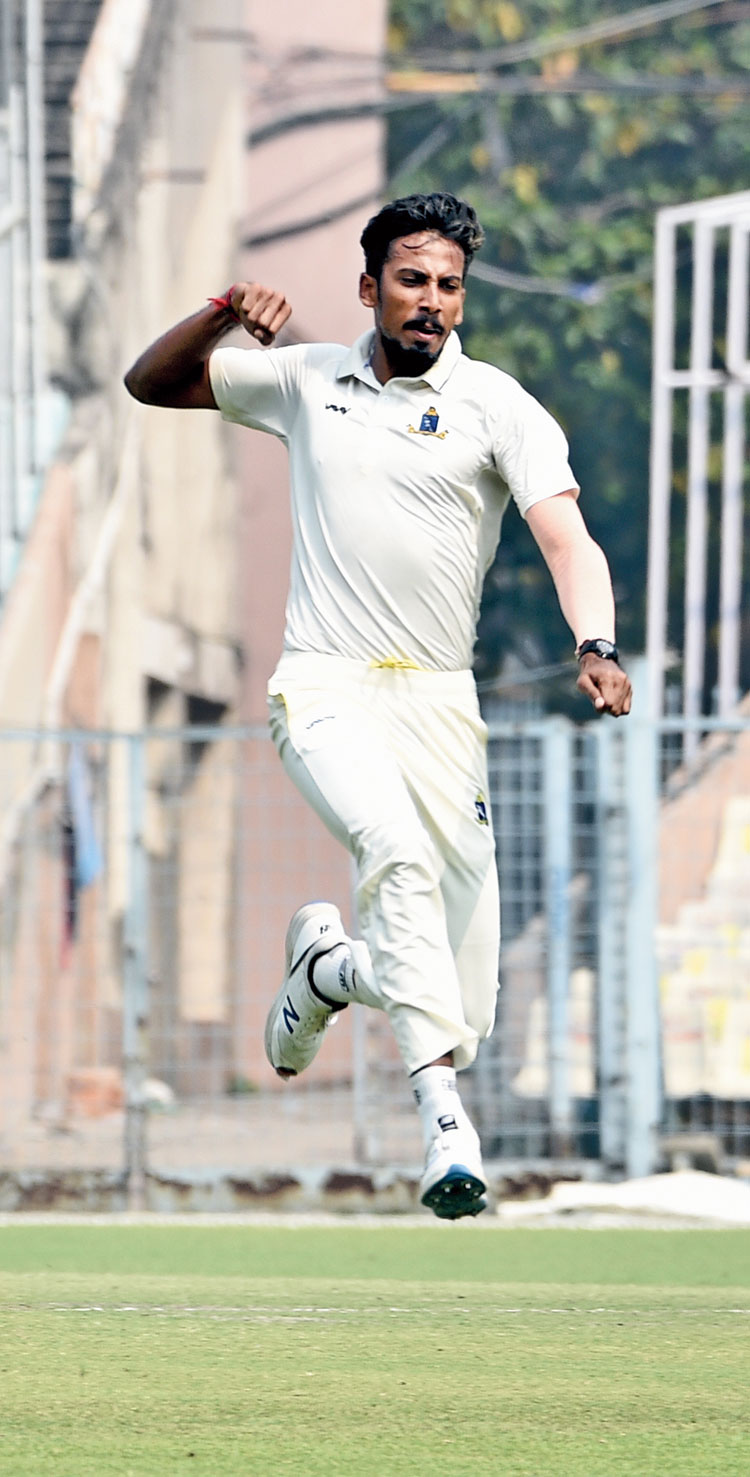 First it was Anustup Majumdar’s lion-hearted effort with the bat on Day I. Then, on Sunday, it was Ishan Porel’s fiery bowling. For Bengal, someone or the other is playing hero everyday in their Ranji Trophy semi-final match against Karnataka at the Eden.

But who would have thought that the script would unfold that way when Karnataka were all over Bengal early on Day I!

Anustup’s 149 not out — arguably his finest for Bengal so far — pushed the home team’s first innings total to a decent 312 after resuming Day II on 275/9. The momentum was with Bengal especially after Anustup and Porel frustrated Karnataka with their 54-run last-wicket stand.

The visitors needed a steady start in reply, but an in-form Porel had other plans.

The 21-year-old kept bowling on the off-stump region, and by moving it both ways, he bamboozled the Karnataka batsmen. Porel (5/39) found more-than-able assistance from fellow quicks Mukesh Kumar (2/46) and Akash Deep (3/30), both of whom were equally probing.

Karnataka were bundled out for a paltry 122. Considering the fact that the Karun Nair-captained side went into the game with an extra batsman and have current India team players like KL Rahul and Manish Pandey, Porel & Co. deserve a bigger pat.

With a 190-run lead, Bengal had an opportunity to shut the door on their fancied rivals with a solid batting display in their second innings. But a top-order collapse, for the nth time this season, helped Karnataka stay afloat.

At stumps on Sunday, Bengal were 72/4 in their second essay with an overall lead of 262. Things could have been worse had Ronit More not overstepped before Anustup (batting on one) misread a back of a length delivery and was taken in the slip cordon.

Rahul (26) and Manish (12), the two heavyweights in the Karnataka line-up, were removed by Mukesh. First, Manish was castled by a sharp incoming delivery, then Abhishek Raman ran in from deep point and took a brilliant diving catch to bring an end to Rahul’s innings.

On his part, Porel bowled an accurate line to keep the stroke-player in Rahul quiet. He never let Rahul play his natural game. That built up the pressure.

There was another positive for Bengal on Sunday… Sudip Chatterjee regaining his rhythm. The left-handed batsman was batting on 40 at stumps. Bengal need him to stay in the middle at least till the first hour on Day III.

Karnataka lodged a written complaint to the anti-corruption unit, alleging that abusive words were hurled at spinner Krishnappa Gowtham while he was fielding near the boundary.

It was learnt that the abuses were hurled by a spectator from the B block. “We have also informed the Match Referee about this matter. Authorities will be looking into it,” said a team source.