323-run target turns out to be an easy task 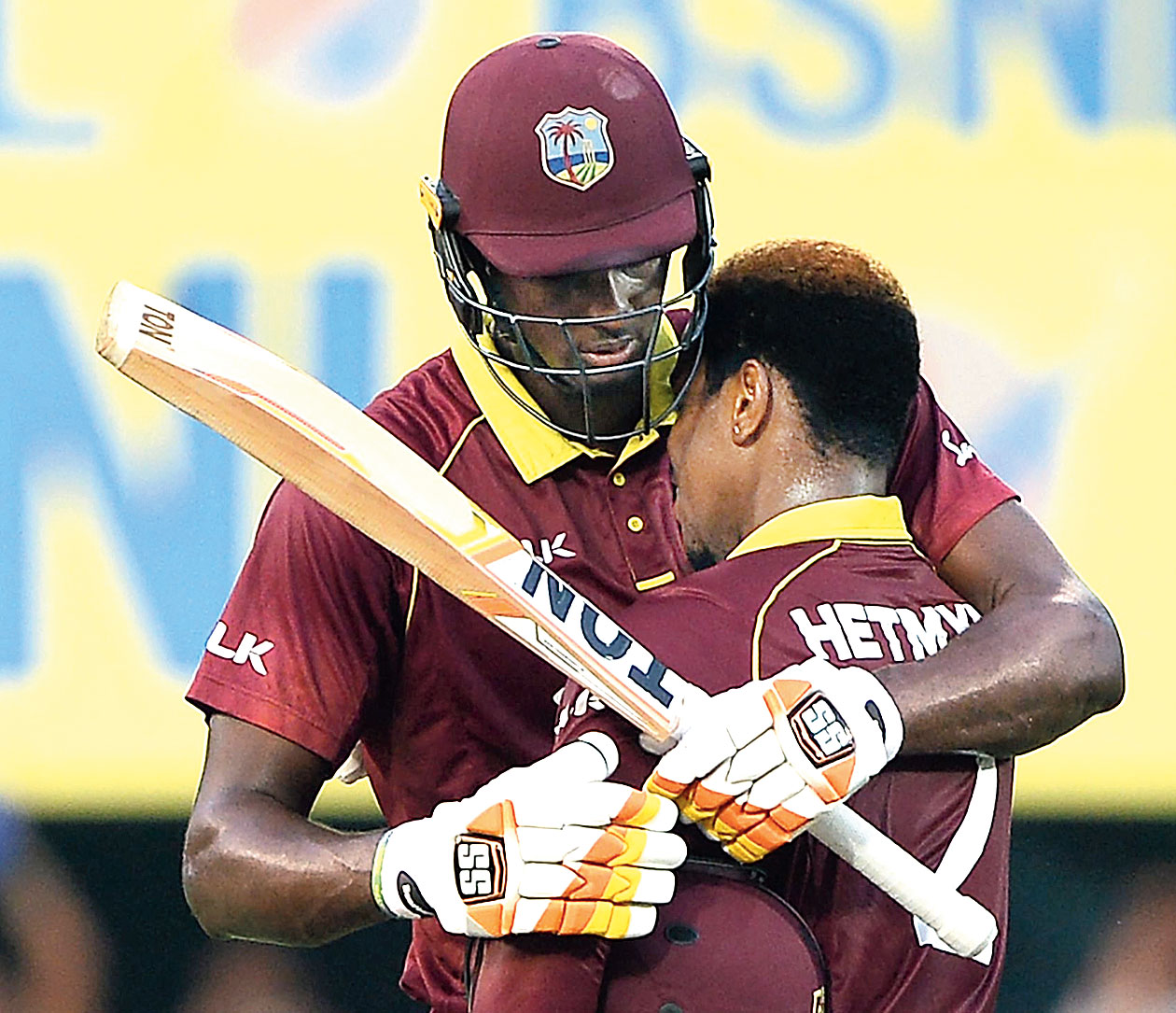 India blew away the West Indies in the opening one-dayer of the five-match series registering an eight-wicket victory, at the ACA Stadium in Barsapara here on Sunday.

Despite chasing a challenging target of 323, India, powered by centuries from captain Virat Kohli and opener Rohit Sharma, reached home in just 42.1 overs.

Rohit remained not out on 152 off 117 balls, his thunderous innings consisting 15 boundaries and eight sixes. Kohli was not too far behind slamming 140 off 107 balls, his 36th ODI hundred. The India captain hit an astounding 21 fours and also had two over boundaries.

The duo shared a 246-run partnership in quick time and that made the chase look extremely easy.

India had lost an early wicket in the form of Shikhar Dhawan (4) with Windies’ debutant pacer Oshane Thomas picking up the wicket. But thanks to Rohit and Kohli, that didn’t cause India any problem.

After the Test series debacle, West Indies, at one point in time, looked determined to do much better. The Indian bowlers could not justify captain Kohli’s decision to field first after winning the toss on a batting track.

The visitors rode a brilliant century by middle-order batsman Shimron Hetmyer to pile up a challenging total of 322 for eight in 50 overs.

The Caribbeans, who had struggled with batting inconsistency in the Test series, got a decent start with opener Kieran Powell’s 39-ball 51 (6x4, 2x6) and first-down batsman Shai Hope’s 32. The duo shared a 65-run partnership for the second wicket after debutant opener Chanderpaul Hemraj was out for 9 (2x4).

It was, however, Hetmyer’s 106 off 78 balls, laced with six boundaries and as many sixes, that stole the show in the afternoon. The icing on the cake of Hetmyer’s innings was how he got to his hundred — a sixer off Shami over deep extra-cover when he was on 99.

His 74-run partnership for the fifth wicket with Rovman Powell (22, 4x4) was instrumental in taking the team to a comfortable position of 188 for five in 30.3 overs.

Hetmyer then carried on with skipper Jason Holder (38, 5x4) for another 60-run partnership for the sixth wicket to make things even easier for the tail.

Hetmyer was out when he hoisted one from Ravindra Jadeja to be caught by the debutant Rishabh Pant at deep square leg.

Earlier, Hemraj had started off confidently with a single flicking Umesh Yadav to deep fine leg off the fourth delivery he faced in his debut match. He was, however, unlucky to get an inside edge of a shorter delivery from Mohammed Shami to be bowled.

The experienced Marlon Samuels, playing in his 200th ODI, was trapped leg before by Yuzvendra Chahal off the fourth delivery he faced.

The undefeated ninth-wicket partnership between Devendra Bishoo (22, 3x4) and Kemar Roach (26, 2x4, 1x6) provided the final push to the West Indies innings, punishing the Indian bowlers with a 44-run partnership in the slog overs.

Chahal returned with the figures of three for 41, while Jadeja claimed two for 66 and Shami two for 81.