Advertisement
Home / Science-tech / Xiaomi 11i HyperCharge 5G juices up fast, faster and fastest among all phones available in India

Xiaomi 11i HyperCharge 5G juices up fast, faster and fastest among all phones available in India

Not all phones are created equal, Xiaomi 11i HyperCharge comes with a 120W charger in the box 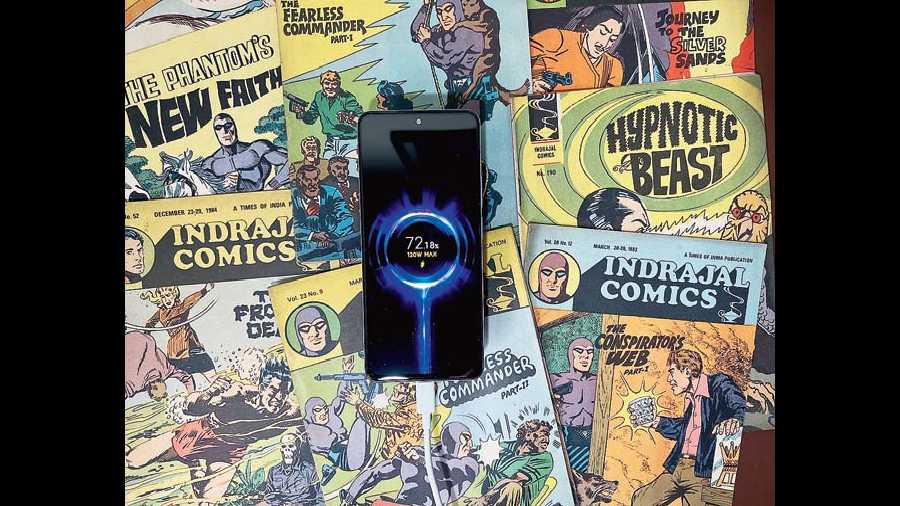 What can you do within 15 minutes? Take a power nap. Work through a Jamie Oliver 15-minute meal. Make a cup of coffee (and drink it). Charge Xiaomi 11i HyperCharge 5G from zero to 100. Yes, that’s the most talked-about feature of the new phone which juices up quicker than any phone available in India and it comes with a 120W charger in the box, which itself can cost a few thousand bucks.

Of course, there’s always the question about why this is an important feature. Consider this: You’re about to head out the door when you realise that your phone is running low on power. Look no further, just plug this beast of a device into a wall outlet and see it charge up, which is a pleasure in itself.

When Xiaomi says 120W charging, it’s not a gimmick. You can actually make the battery hit 100 per cent in 15-odd minutes (depends on whether you are working on the phone simultaneously). How has the brand achieved it? The choice of a dual-cell battery with graphene increases the available input power in comparison to a single-cell battery, and the graphene application enables greater conductivity than traditional batteries. And all this doesn’t involve any overheating.

Before you see the battery charge up in 15 minutes there is a feature that you need to toggle on in settings — boost mode, which is not enabled by default. Why? It has been done so that the health of the battery is kept under check. Xiaomi has built-in a lot of protective features to keep the battery in order, like overvoltage protection and over-temperature protection. Further, with the feature off, you can get a full charge in 20-odd minutes (less if you are not using the phone simultaneously).

I have been using the charger to juice up other devices. Most of your devices will pull only as much current as it knows it can handle, so you don’t need to worry about damaging your devices. 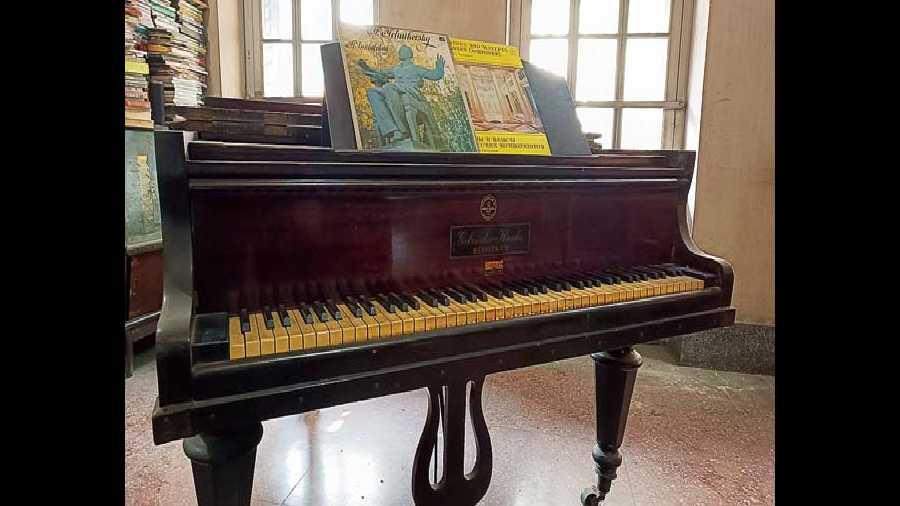 Even under uneven lighting, Xiaomi 11i HyperCharge 5G does a good job.

Efficient processor and camera
That’s one part of the story. People won’t buy a phone only for its charging speed. Packed with MediaTek Dimensity 920 5G, which is based on 6nm architecture, and is a very capable battery that ensures every task is done without any lag. There are no compromises to the 5G quotient since this one supports 8 5G bands. Though it may not be as powerful as Dimensity 1200 but it’s quite an upgrade over Snapdragon 750G and be it multitasking or the time to load apps, it’s all good here. Gaming is also not a problem even if you are using high graphic settings.

Complementing the nimble processor is a very good display, which in this case is a 6.67-inch FHD+ AMOLED display with 120Hz screen refresh rate, 360Hz touch sampling rate, 1,200 nits of peak brightness and Gorilla Glass 5 protection. That’s not enough? Xiaomi has even added stereo speakers with Dolby Atmos. And these are not tiny speakers; they can get loud without distorting the vocals. And headphone jack has been retained, so has been the IR blaster.

The only two quibbles I have is that there is no under-screen fingerprint scanner and the camera bump can give way to a slight wobble when the phone is kept on the table.
Speaking of cameras, the set up includes 108MP main (Samsung HM2 sensor), 8MP ultra-wide and 2MP macro. Photos taken using the 11i look great — crisp, enough details, gorgeous contrast and sharpness. Even at night, the phone doesn’t falter. As for the ultra-wide camera, it also performs well and there is very little colour shift when moving from the main to the ultra-wide. In case you are wondering about the 108MP main camera, there is pixel binning involved and the output is 12MP but with a lot of details. In case you want to take full-resolution snaps (108MP), that’s also possible. The selfie camera is good at the price point with skin tones coming out fairly good. 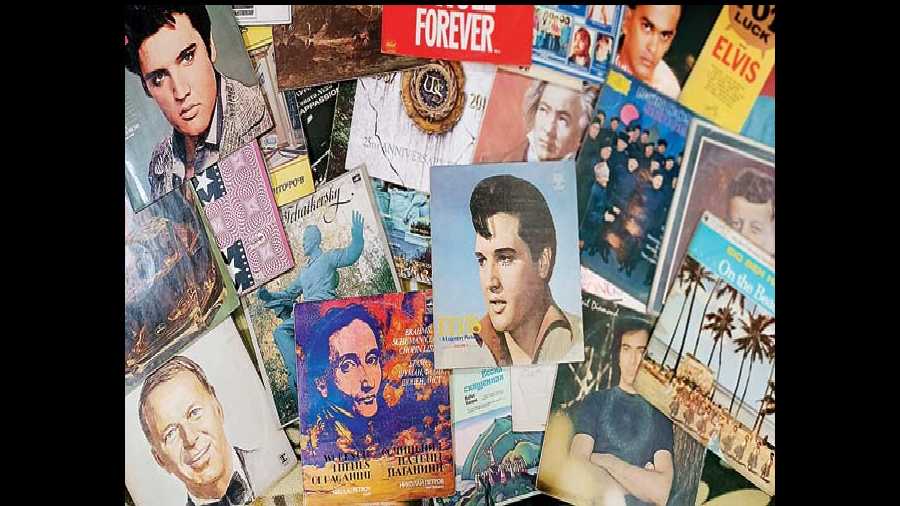 The phone doesn’t oversaturate pictures and focus is spot-on.

Should you get it?
As always, Xiaomi has priced its product competitively. Xiaomi 11i Hypercharge is available in two variants — 6GB + 128GB and 8GB + 128GB and while making a purchase, you can enjoy cashback of up to Rs 2,500, plus a special introductory new year offer of Rs 1,500, besides an additional (for existing Redmi Note users), Rs 4,000 on exchange of smartphones. Basically, you are getting big specs at down-to-earth pricing.

For Xiaomi, a phone launch means a chance to innovative and not just about incremental upgrades. Every new phone from the brand has something new to offer, here it’s hypercharge. Though it’s not the only feature I will look at while buying a phone but once I get used to the feature, I may demand the same from other brands. The push to change the status-quo, that’s what Xiaomi 11i 5G HyperCharge is about. 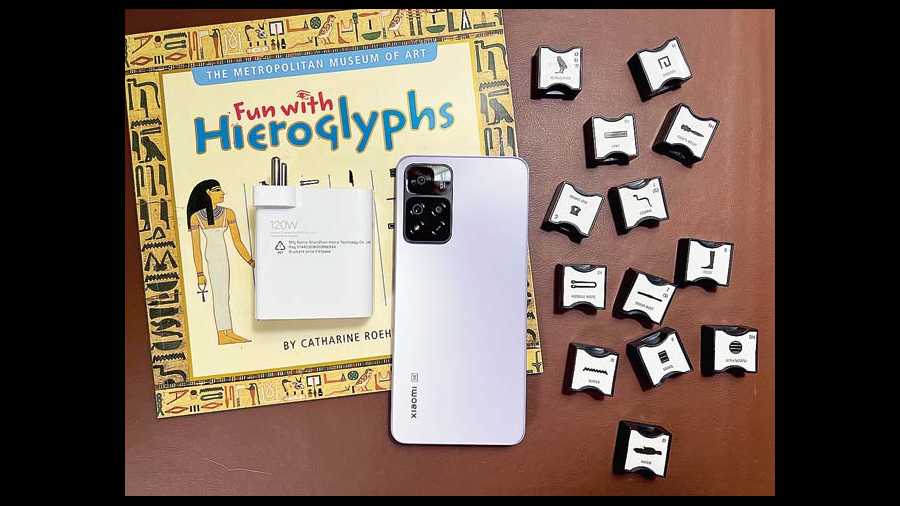 The phone comes with a 120W power brick in the box.