Brian X. Chen elaborates how updates from Apple and Google will change your smartphone 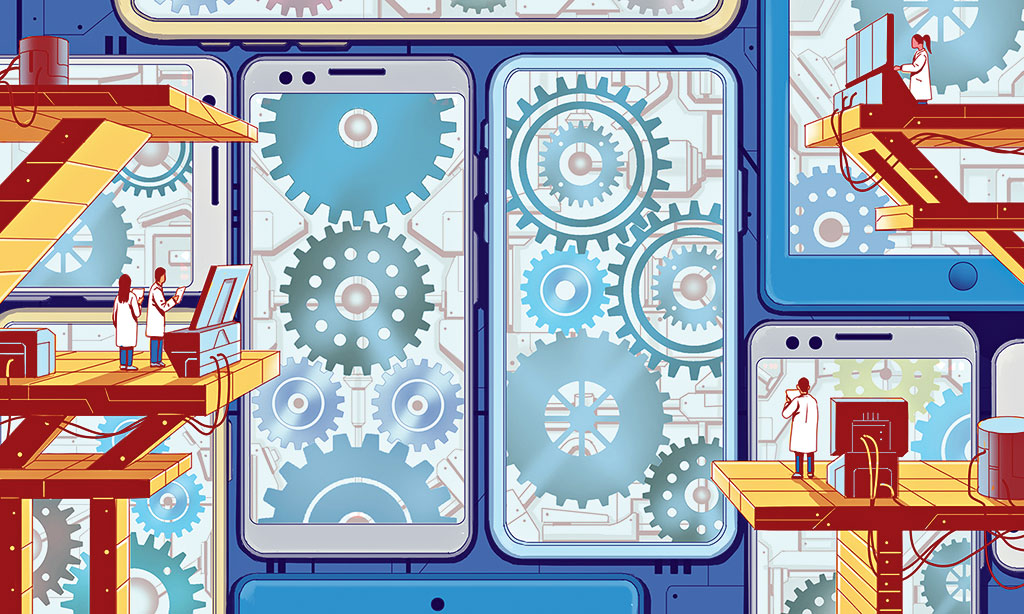 Year after year, Apple and Google announce big upgrades for their smartphone operating systems. That means the software that makes your phone tick is about to change — again.

With change comes new things to learn. The annual upgrades, which are free, improve our devices by fixing bugs and strengthening security, but they can be intimidating because every update includes hundreds of new features.

Apple’s iOS 13, the next version of the iPhone operating system, which was unveiled this week, includes new features like a so-called dark mode to make the screen easier on your eyes. And Google’s Android Q, unveiled last month, introduces new gestures for controlling Android phones and some enhancements to safeguard user privacy.

Fortunately we have a few months to prepare: Both upgrades are expected by the fall. To drill down on the most important changes, I tested an early version of Android Q and got an early look at iOS 13. Here’s what you need to know.

Let’s start with the least flashy yet most important change: speed.

Many of Apple’s iPhones, from the four-year-old iPhone 6S to the latest ones, will become faster with iOS 13. Apple said it made improvements to the operating system that will make apps open up to two times faster. The new software system will also reduce data sizes of apps, which will also increase speeds. App downloads will be 50 per cent smaller, and software updates will be 60 per cent smaller. For owners of the newer models, the face scanner will unlock the phone about 30 per cent faster.

Dark modes on Android and iOS

Many apps are designed with white backgrounds, and in some circumstances, this can get tiresome for the eyes. Apple phones and Android devices will both get dark modes, which can be toggled

on by tapping on a shortcut. Both versions replaces white backgrounds with dark colours, ranging from grey to black, depending on how an app’s interface is layered.

So what’s the point? Dark mode can be beneficial for a number of reasons: It should reduce battery consumption because fewer pixels need to be lit up, and it will make screens easier on the eyes when reading in the dark.

One caveat: While Apple and Google demonstrated their own apps working with dark mode, third-party developers will have to use the companies’ tool kits to enable their apps to work with dark mode. By the time of the operating systems’ release, there will probably be plenty of apps taking advantage of the new mode.

In tech land, privacy has been the most prominent topic for the last few years, and Apple and Google are promising privacy enhancements in their next mobile operating systems.

Chief among Apple’s new privacy features is Sign In With Apple, a button for using an Apple ID to sign in to iOS apps and websites. It competes with similar tools from Google and Facebook, which let you use your Google or Facebook accounts to log in to different websites and apps.

Apple is taking a unique approach. When you sign up for a website or app with your Apple ID, iOS 13 will include an option to hide the email address linked to your Apple ID. In the process, Apple will create what is essentially a burner email address to sign up, hiding it from the third party. Whenever the website or app you sign up for tries to contact you, it will email the burner address, and Apple will forward the memo to your real email address. So if a business starts sending spam to the burner email address, you can delete your account, and the business won’t have your real email address.

Google’s Android Q, on the other hand, plays catch-up with Apple on privacy. The software update will focus on giving people more control over how their location is shared. When an app asks for permission to have access to your location data, Google will ask whether you want to share your location all the time, only while the app is in use or never. (In the past, the only options were to share data all the time or never.)

Also brand-new to Android is a menu in the settings app labelled Privacy. Here, a switchboard of controls includes an option to see the apps that are using your location as well as the ability to opt out of ad-targeting inside apps.

Apple and Google have been copying each other’s phone software for years. This time, Android will borrow heavily from the iPhone’s newer gesture-based user interface.

When you have an app loaded in Android Q, just swipe up from the bottom to return to the home screen. Swiping up and holding down your finger opens an app carousal to quickly switch between apps by swiping left or right. These gestures are just like the way you would control a newer iPhone after Apple abandoned its physical home button.

Finally, iOS 13 will introduce an overhaul to Apple’s maps software, helping it play catch-up with Google Maps. Apple said it had invested a significant amount of time and money into improving its maps, especially in the United States. In some areas, maps will show a binoculars button; tapping on it will load a 3D view of the street to let you look around as if you were there. The feature mimics Google’s Street View, which has been available for many years.

In addition, Apple Maps will begin providing real-time information in some cities for transit routes. If your bus is running late, for example, the app will show an update with the latest bus schedule. (Google began offering a similar feature, Commute, last year in its maps app.)