An annual celebration of the most innovative app developers 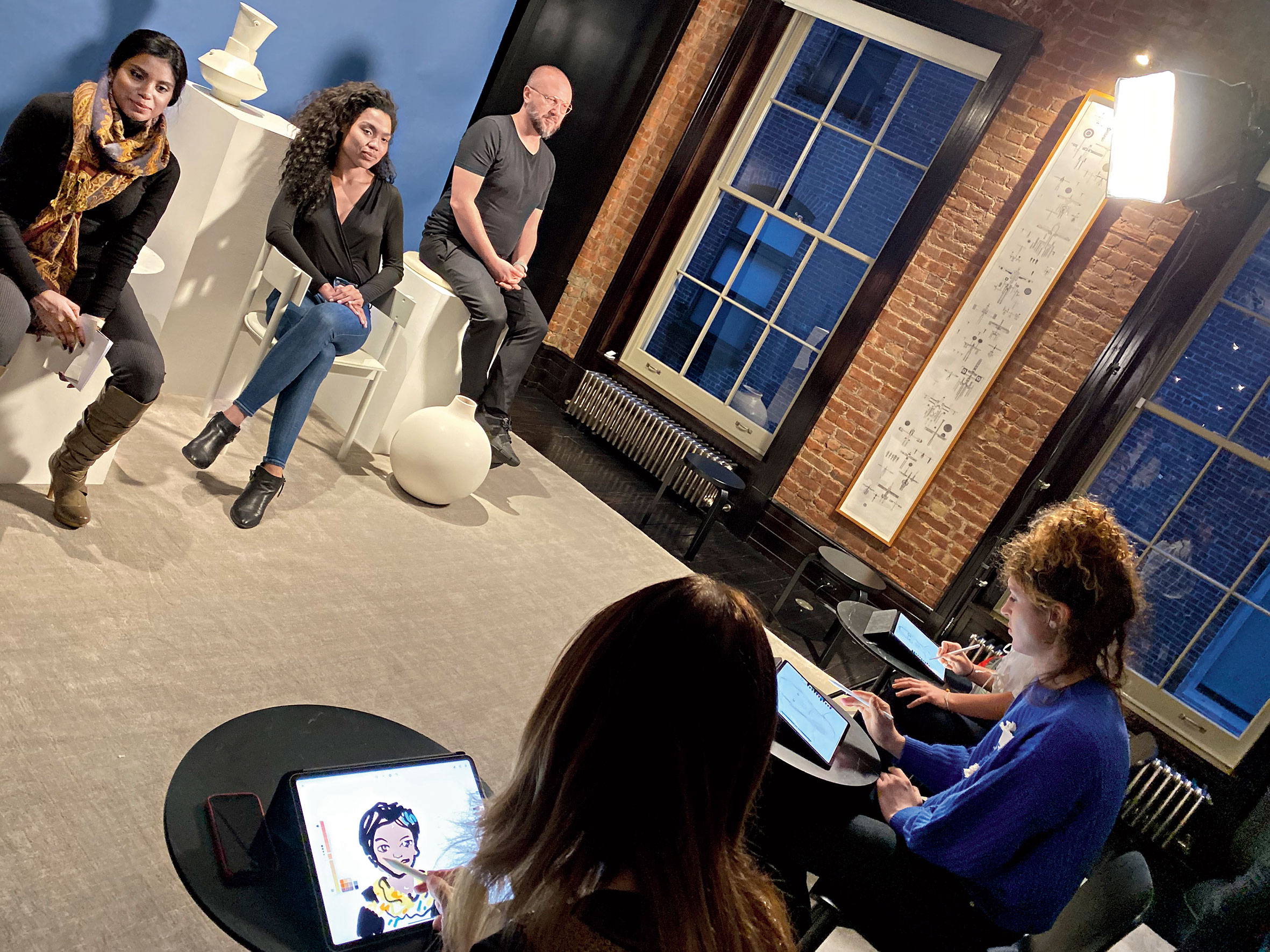 On July 10, 2008, Apple launched the App Store for iPhone owners to download apps from third-party developers. The date has gone down as a landmark moment in the history of personal computing. Suddenly users could download an app with a tap and apps being cheap, one could play around before deciding to keep or delete. The App Store made its debut with 500 third-party apps and since then there has been no looking back. The first apps were simple and obvious but now, that is in 2019, what you can do was unexpected in 2008. Now we are seeing photography apps that rival camera models.

To ensure consumers are the ultimate winners, Apple keeps a close eye on what goes up on the App Store (yes, there have been a few slip-ups but it’s way fewer than what we have experienced on the Google Play Store), so that experience is always paramount.

Experience is the keyword here and Apple celebrates it through its best-of list of apps every year. t2oS got a chance to meet some of the winners on the 2019 list in New York City and each of them has a story to tell. 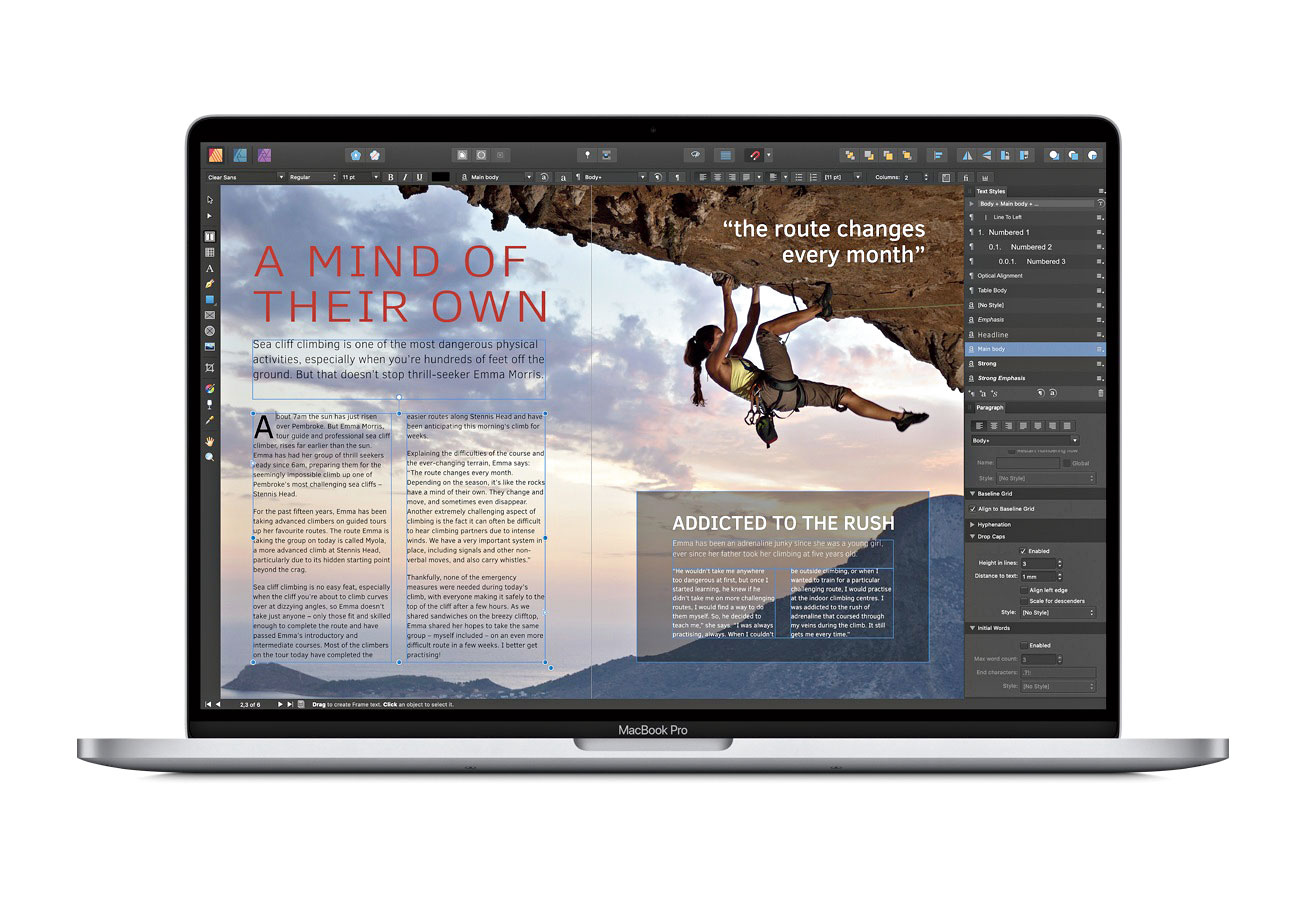 There was a time when Quark Xpress was the buzzword in publishing houses but then came Adobe with InDesign, which changed the game. The publishing industry is in need of another change, a young upstart to spruce things up. Enter Affinity Publisher.

Serif Labs is a small British company and under its Affinity banner, it has already released a Photoshop competitor — Affinity Photo — and an Illustrator competitor — Affinity Designer. The new member in the family is InDesign rival Affinity Publisher. Unlike Adobe’s subscription plans, the apps under the banner are available under pay-once pricing.

On Designer, everything works like... snap! Be it wrapping text around pictures to resizing pictures in a family, the changes can be made on the fly. You can also highlight some text, for example, and scrolling through the font list allows one to see the changes reflected in the highlighted text.

Then comes the issue of switching between apps to correct pictures. You don’t need to. Simply use Studio Link if you have the other packages installed. If everything goes to plan then late next year the company will bring Publisher to the iPad. You can already open Affinity Publisher documents on the iPad but obviously it hasn’t got all the pro elements yet. Don’t ignore this new kid on the block — it’s very powerful.

Simplicity makes the old-fashioned notebook enticing. However much we move into the digital age, many keep a notebook to jot down ideas. There is nothing complicated about the process. Take out the notebook and put pen to paper, something digital interfaces lack. Moleskine’s app Flow is a digital notebook that offers the simplicity quotient.

When the app opens, the canvas fills the screen and the tools that accompany can be easily hidden. Carrying on from the company’s other apps — Timepage and Actions, Flow has a similar design flair and is beautiful to look at.

In the app, all your documents are infinite in size. t2oS was shown the travel diary of one of Moleskine’s artistes who had gone to Japan. Rather than creating a new document every time, you can just keep going on one infinite page. You set up your tool set and, like in real life, have as many elements as you like. You can choose the type of pen and choose from 1,400 uniquely named colours. And the company ensures that the drawing in itself is high fidelity, so it acts like real ink. It is super smooth to use. If there’s a particular tool you use a lot, you can add iterations of that tool to the default Pen Dock.

Some people just take notes, like at meetings, and there are those who go crazy with the app. There is something for everyone. The app is about creative flow. What we find on the iPad is that most art apps are complex with thousands of options when it comes to setting up tools, which can be intimidating. Moleskine wants people to be in a state of flow, much like Apple’s philosophy in general. 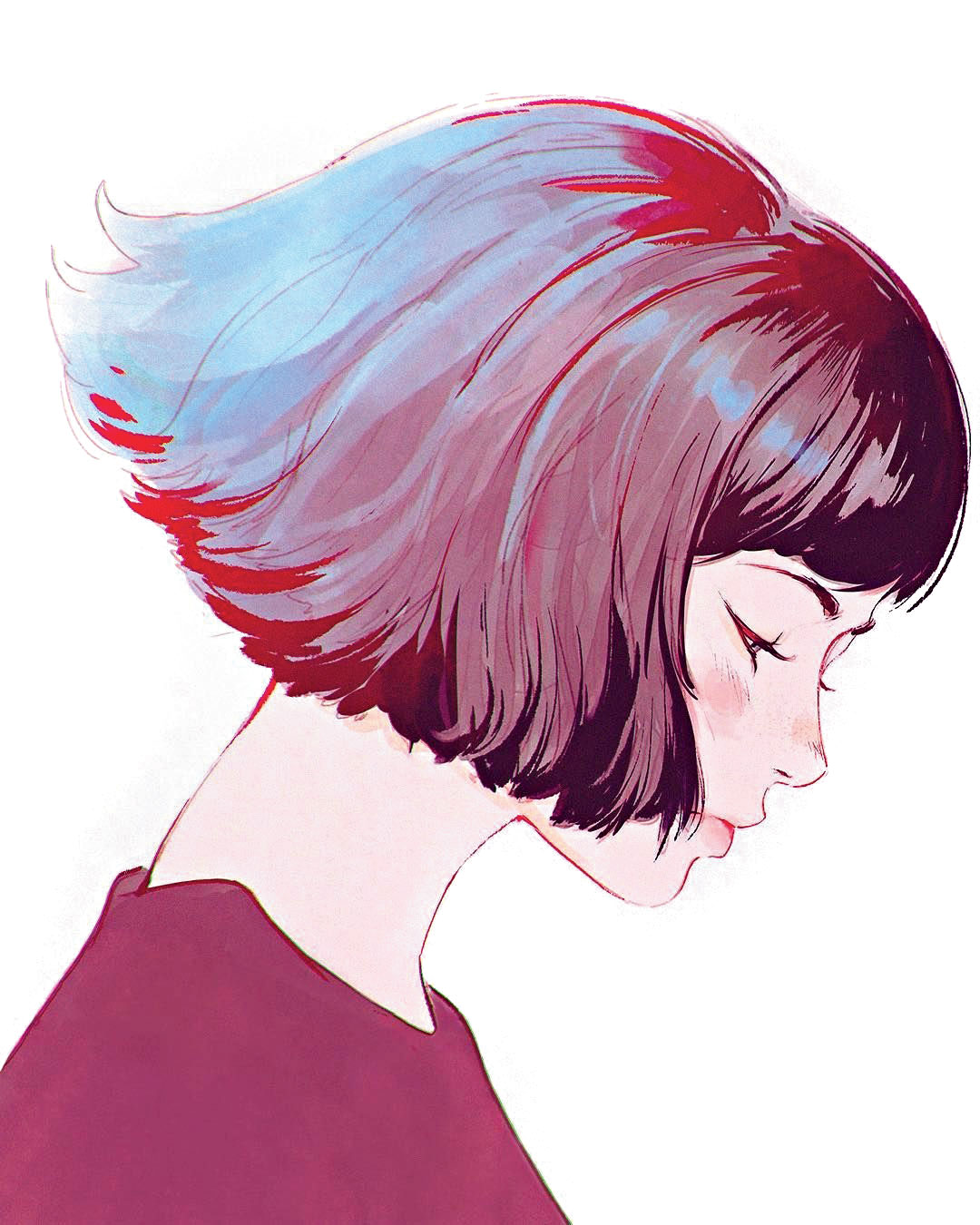 Developed by Barcelona-based Nomada Studio and published by Devolver Digital, GRIS is packed with artistry so much so that you can simply screenshot every frame and hang it around your apartment.

This is the story of a young woman who experiences a loss and is going through the grieving process. It’s a heavy subject matter that’s told in stunning and moving ways. The game involves a slew of puzzles, which needs to be solved. For example, it’s said that when one’s depressed, singing becomes difficult to the person. Help her unlock the power. Making the game universal is that there is no reading involved or voiceover. The entire story is told through art and sound. The player can be in New York City or in any part of the world but the experience is universal.

A striking feature of the game is the colour palette. Different parts of the game use different colours to represent different stages of grief. There is anger in the beginning, so there is red. Later on comes depression and along with it blues and indigo. ‘Gris’ means ‘grey’ in Spanish. As you move through the different stages, colours return to the world, making it a beautiful sensory experience. At the end of each stage the player comes to a giant statue of a woman, which is crucial to the story. And the ending is poignant for a game that’s bereft of text or voiceover.

It only takes two to four hours to complete the game, and one is suggested to turn off the lights and put on headphones to play as the experience is intimate. 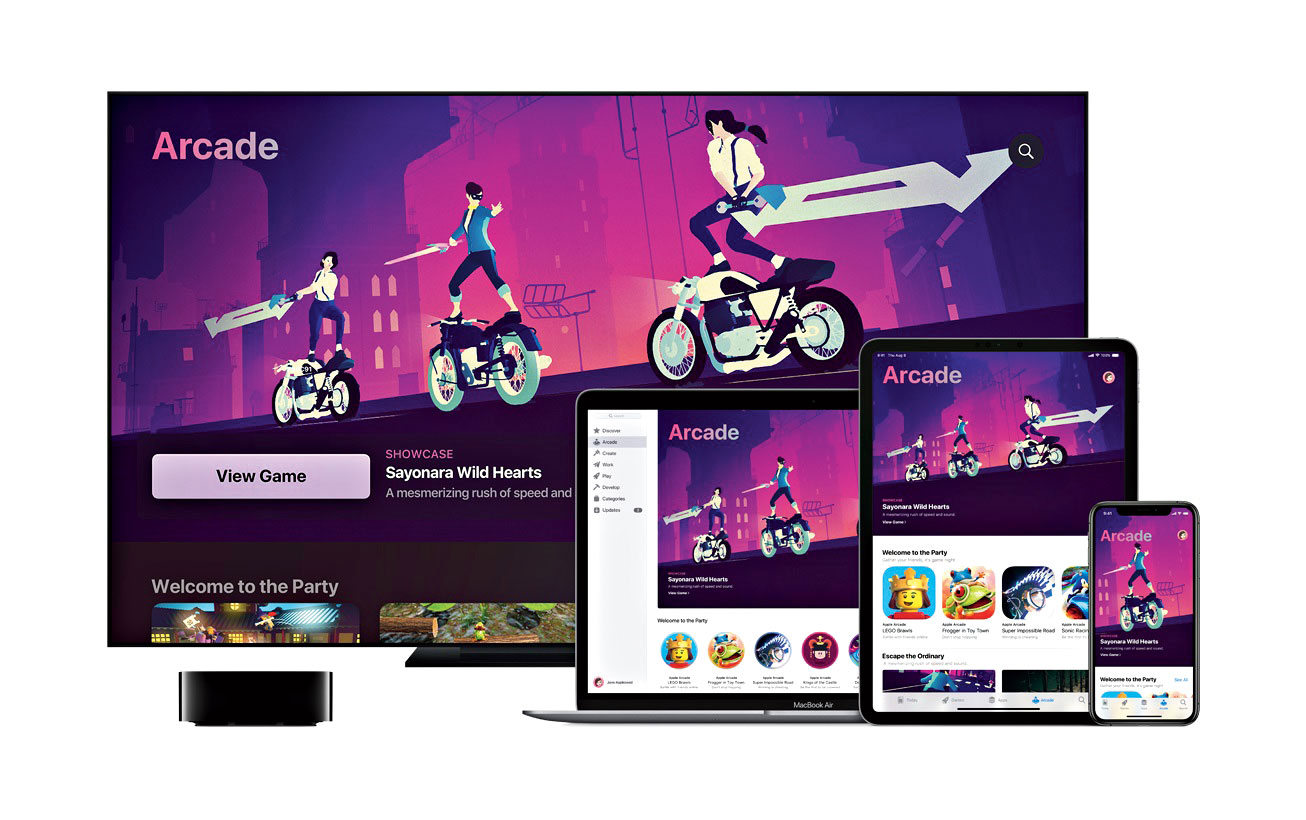 Is this a game or a music album? The beautifully designed title developed by Simogo and published by Annapurna Interactive has the vibe of ’80s music videos to the point of making one remember Michael Jackson’s Beat It, complete with jacket-sporting gangs and their rivalry. It’s the first winner in the history of the recently launched Apple Arcade platform which already has 100-odd titles and things are just getting better (much thanks to the platform’s subscription model which ensures no advertising, no in-app purchases and no collecting data about users).

The gameplay weaves the story of a heartbroken young woman (voiced by Queen Latifah) who is woken up by a butterfly-like creature, which comes from a place that was once ruled by three arcana but “a cursed arcana” crossed the trio on the “astral highways”. Once she leaves her room, she skates down roads that twists and spirals, jumping into the air to move from one segment to another. Once she captures the butterfly, she is zapped into a heroine, giving her a mask and costume. The heartbroken needs to collect as many hearts as possible while meeting adversaries, like a biker gang.

The techno-pop-driven dreamscape is fast moving and it only takes a few minutes to complete each level. What’s special is the music, which was made with the game, so it is specific to the different stages. Such has been the success of the music that it is also available on Apple Music and you can hear it on its own. The game’s playtime is usually the length of a music album but it can take around an hour and a half.

One of the marquee titles of Apple Arcade, it says a lot about the platform — original, minimalist and out of the box. The game helps Arcade distinguish itself as a platform for exhilarating titles. In the game the city is pink, the music is bouncy pop but the gameplay is a blast. It highlights the power of Apple’s hardware as well as topnotch sound quality. After playing the game every user takes home a different experience, a different perspective to the game. It’s simply great fun. 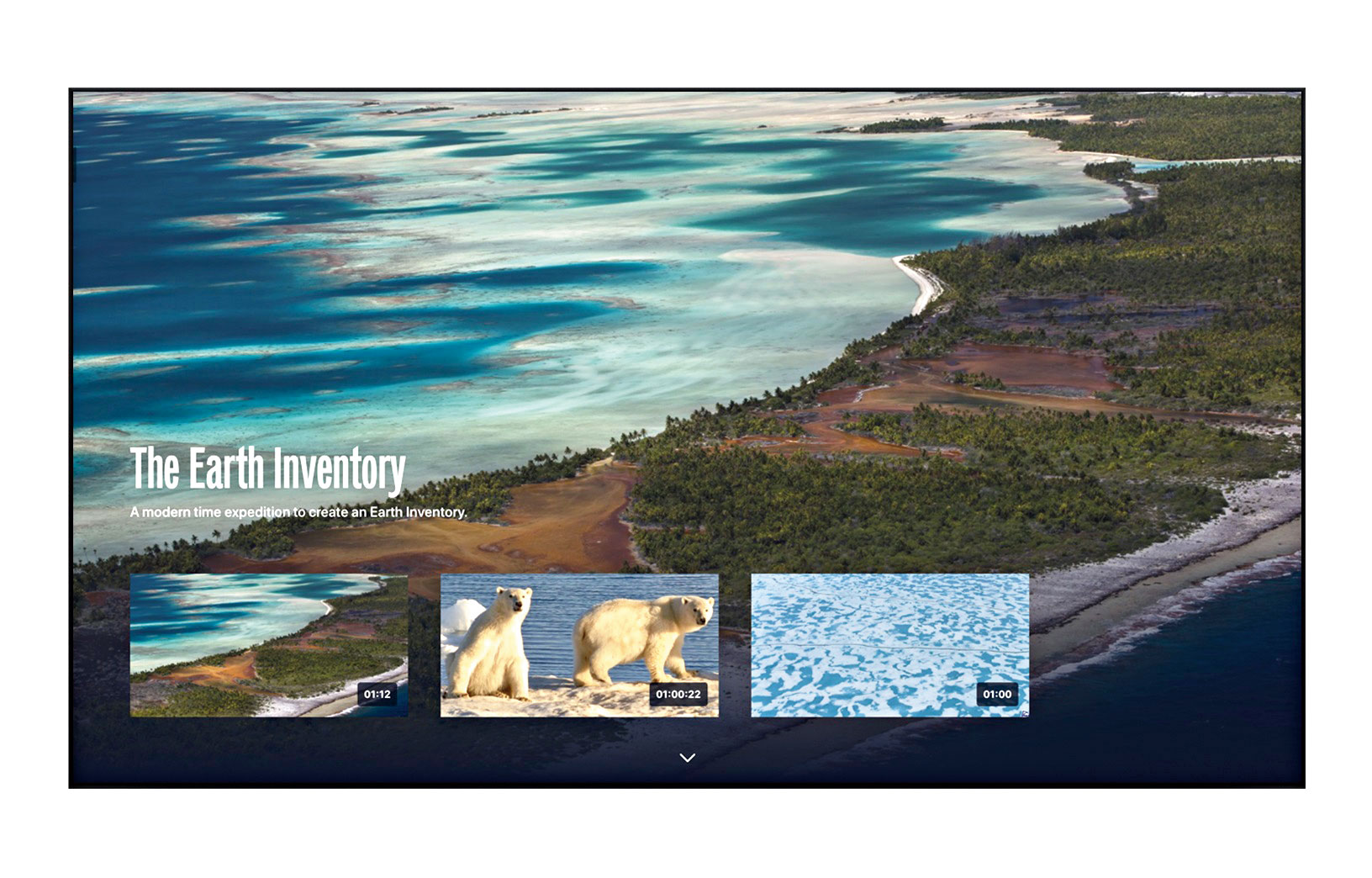 Long-exposure photography is often done to capture trails of light from cars and it is also great for shooting waterfalls. With a camera shutter powered by AI, the app takes a series of frames in a short span, analysing the trails of light. Allowing perfect exposure no matter the time of day, one doesn’t even have to carry heavy tripods.

There is more to Spectre: It can remove distractions in a frame, including people or cars. Simply choose a duration and the app saves each scene as a live photo file, allowing users to share it in full motion or select the best from a sequence of shots.

The interface is also simple. Below the viewfinder is a row of buttons to stablise the camera, access settings and flip the camera around for selfies. It can take three, five and nine-second images. Since that’s a long time, the stabilisation button helps to keep the subject centered inside a bracketed square.

Normally one needs a team of PhDs in computer vision to build something like this. But Apple gave this company from San Francisco the building blocks with its powerful OS, allowing the developers to focus on building quality products instead of reading maths paper. 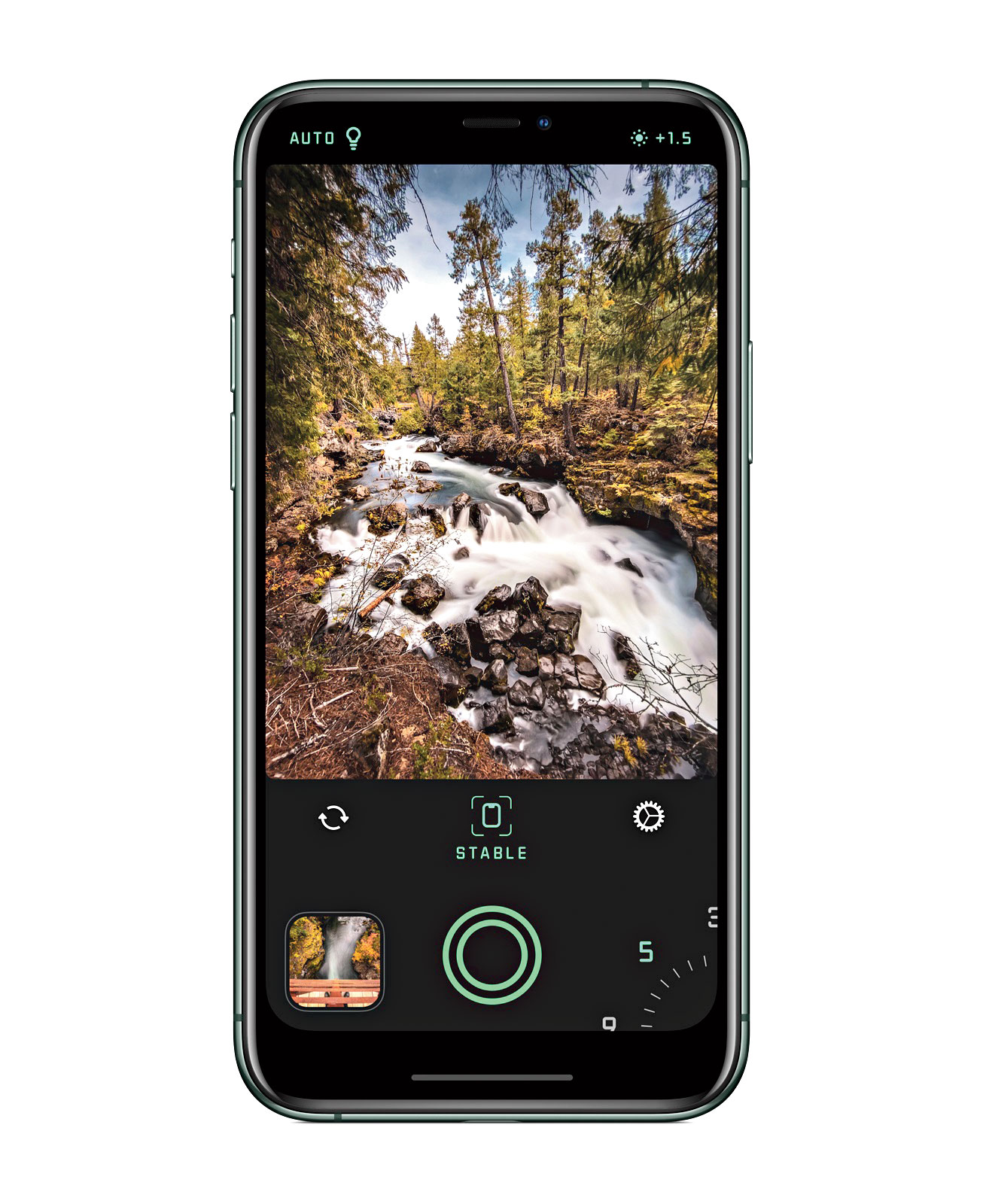 Based in France but with an initiative that is global. The Explorers is a team of professionals creating the earth inventory of natural and human heritages, available on all your devices in the highest standards (4K HDR and 8K HDR). It has been to Africa, Arctic, Honduras, French Polynesia and at the moment it is exploring New Caledonia. Every month calls for a new expedition.

The goal is to capture and protect memories of earth’s biodiversity, monuments, special crafts… At one point many things will be endangered and we want to have memories of it all. It has been four years since the team started filming and the result is amazing.

For the sake of comparison, Explorers is a cross between Wikipedia and YouTube or Instagram. “Pictures and videos are important but also important is geolocation. We want people to say what they saw and share and that makes things unique,” a member of the Explorers team told t2oS.

Of course, not all the content can be recorded only by the team and this is where contributors come in. The content that comes is checked for copyright issues.The content curation is part automated and part manual. Within a day videos and photos get uploaded. There is a community tab under which anybody can join in to contribute to the database. How does it help? Say you want to visit a certain place that is already there on the platform. You can get in touch with all the people who have taken videos and pictures of that place.

There are places where wars have destroyed a lot of monuments and cultures. It is in places like these a platform like The Explorers can make a huge difference. Also, it allows you to understand how a place is transformed over the years.

A lot of things in Explorer is free to use, like short videos. To access movies, one has to pay. The cloud storage is unlimited, so people can upload unlimited amount of information.