The Apple Watch Series 4 is pricey but worth it 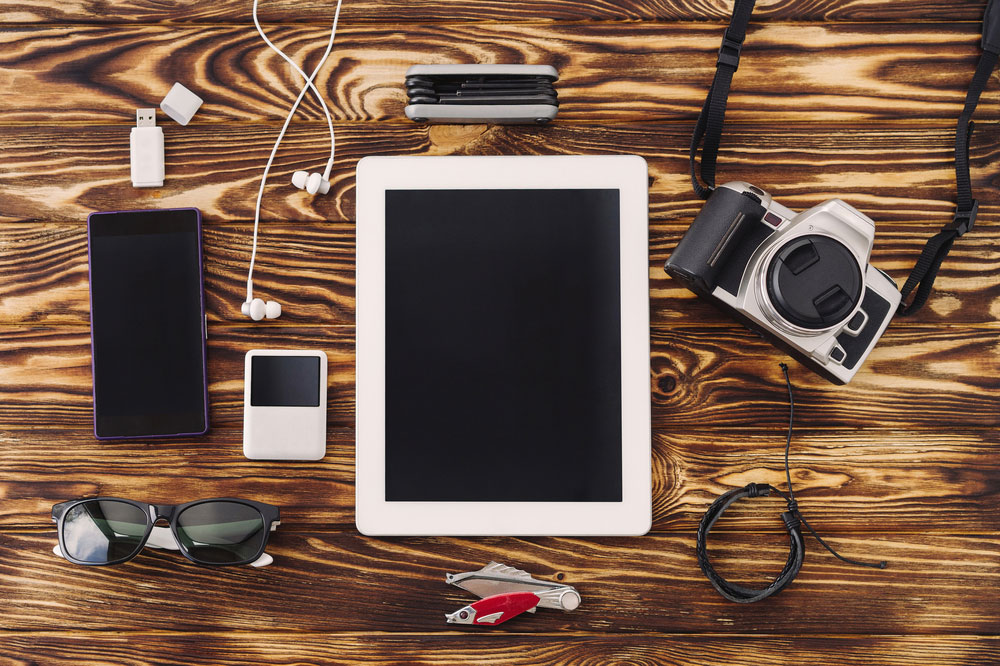 It’s the biggest revamp to the Apple Watch since the first generation, one that I’m certain will help keep Apple on top of the smartwatch pile for some time to come. It now has a bigger edge-to-edge display, more power and amped-up health and fitness features, some of which are yet to fully unfold.

It’s about the same size as previous models, even a bit thinner with a new ceramic/sapphire glass back, but the screen is over 30 per cent bigger, giving the new Series 4 a distinctive look that you can spot from a distance. The bigger screen makes a big difference in everything you do — reading text, viewing your activity rings or even making sense of that gorgeous but packed-with-data Infograph watch face. It’s gorgeous to look at, especially with the expansive full-screen watch faces, yet it’s as comfortable to wear as the Series 3, if not more.

Despite the move up in size, the straps remain the same. So upgraders needn’t worry! The Digital Crown now features haptic feedback to give you more control and feedback, whether you’re scrolling through a message or navigating Watch OS 5. Spec bumps are to be expected each year, and so it is with the Series 4 — it’s snappy, apps open quicker, the speaker is louder and the accelerometer gyroscope now records movement with greater accuracy to detect sudden movement like falls so that it can alert your emergency contacts.

Fitness features and heart monitoring capabilities are on point, but this year it’s all about that bigger screen. No surprises why Apple’s smartwatch is rightfully stealing the show from the iPhones this year.

The headliner feature, the one that caused a little flutter in our collective hearts — ECG capability — is yet to be rolled out pending regulatory approvals. No always-on display, battery about same as before, and still no sleep monitoring. Pricey but oh-so-worth-it!

It was the tech industry’s worst kept secret in the build-up to the launch, but the Pixel 3 and the larger notch-sporting XL variant continue to impress by bringing their top-notch Android game (and that cracker of a camera!) to the party.

The XL iterates on the design from last year, with the edges smoothed out for a sleeker look and a better fit in the hands. Courtesy the thinned-out bezels and display notch, you get a much-improved HDR-certified QHD+ resolution 6.3-inch flexible OLED panel, and Google has upped its game on displays this year both in colour reproduction and sharpness (unlike the debacle that was the Pixel 2 XL).

Under the hood, the Pixel 3 XL rocks the top-shelf Snapdragon 845 chip with the Pixel Visual Core chip handling image processing duties and the Titan M chip for added security. And while the phone skips nary a beat in day-to-day use, one wonders if a little headroom in the memory (4GB) and storage (max 128GB) departments wouldn’t have made this phone that much more future-proof. Google’s secret sauce though is its machine learning and AI integration in several aspects of everyday use, from battery management to notifications, but nowhere is it more evident than the stellar camera on the XL.

Image quality is top-notch, with high dynamic range and detail levels, a perfectly balanced HDR mode and single-camera portrait mode that puts dual lens setups on other phones to shame! Coupled with the new software-based Super Res Zoom, you wonder what sort of wizardry Google is doing that other flagships are unable to match. The secondary wide-angle front camera is a great addition, as are the long overdue wireless charging and IP68 dust/water resistance!

The notch is poorly designed and the chin is sizeable — clearly, the Pixel 3 XL’s front will not win it any awards (or fans!). Gesture navigation is a tad counter-intuitive, and a face-unlock mechanism and 4K 60fps video recording is missing. Pricey. Very.

Amazon Echo Plus
Sourced by The Telegraph

Amazon’s first generation of smart speakers got the ‘smart’ bit right, yet the speaker bit lagged compared to dedicated speakers. The current crop of Echo speakers — the third generation Echo Dot and the second-gen Echo Plus, launched globally last month, aim to right that wrong somewhat, even as they cater to an ever-growing portfolio of Alexa-enabled skills.

Forsaking their industrial designs, both the Dot and the Plus now come clad in fabric in all-new curvier shapes that blend in well with your home decor rather than scream “gadget”! The larger Plus that retails at the top end of the Echo devices from Amazon now packs in a bigger three-inch woofer in a squat design for markedly better bass and depth, and can, much like its predecessor, control smart plugs and lights with its built-in smart hub with support for devices on the Zigbee standard. The Echo Dot gains some weight and heft and along with it comes a warmer, deeper bass which is leagues above the previous generation’s, but, as is to be expected from a device this size, isn’t suited for a lot of serious music listening unless you connect it to a pair of external powered speakers (via aux cable or Bluetooth).

The Plus loses the volume control ring, which was an excellent control mechanism on the earlier device. The Echo Dot is an easy, low-investment way to experience how voice assistants work, but the Echo Plus’s pricing makes for a tougher sell to first timers unfamiliar with Alexa’s skills.

Digitek DGS-005
Sourced by The Telegraph

Debuting alongside Apple’s no-compromise XS flagships (yet launching almost a month later this last Friday), the iPhone XR had its task cut out for it — to prove it was not a compromise for buyers just because it was relatively more ‘affordable’. Having used it for a while, it compromises very little on features that matter, while delivering the performance, battery life and uncompromised software experience of the latest iPhones. For most folks upgrading from previous iPhones, this is the most sensible iPhone to buy this year.

Pretty much the first thing you’d notice about the XR is the range of colours you can pick from — the yellow is attention-grabbing while the red is striking — and serve to differentiate the phone’s aluminum frame from the XS duo’s stainless steel. Where there’s been no compromise is in performance — the XR uses the same A12 Bionic as its pricier siblings, a chip that is head and shoulders above anything else the industry has to offer — and the slightly lower RAM doesn’t impact peak or everyday performance since the phone is pushing fewer pixels on the screen. It also shares the same primary shooter as the XS, but skips the second telephoto lens.

Interestingly, the XR manages its portrait mode with just the single lens (via software, much like the Pixel 3). Now, since the XR uses the brighter f/1.8 lens and larger image sensor to capture portraits, I actually prefer its portrait mode results in low light when compared to the XS’s, which uses its f/2.2 telephoto camera.

Let’s address the elephant in the room — the iPhone XR’s 6.1-inch 1,792x828 pixel LCD display, and how it compares to the XS duo’s OLED panel. Sure, it is lower resolution and is less pixel-dense than the XS and the S9 series, and the screen bezels are slightly broader, but you’ll only really be able to discern the difference if you’re placing the phones side by side.

That apart, there’s little to fault the LCD display on the XR — it’s bright, balanced and colourful and is just the right ‘tweener’ size for most folks. Face ID unlock is present, but the XR lacks 3D Touch, replacing it with regular haptic feedback — again not something I suspect most will miss. Compared to the XS, the IP67 water resistance and the slightly less durable glass back is a miss.

If you shoot a lot of smartphone videos, shaky footage is an everyday reality. The Digitek DGS-005 is what the doctor ordered — pop your smartphone into the holder and the gyroscope sensor tracks your hand movements in real time and counters the effect by moving the smartphone in the opposite direction along three axes.

Sturdy and well built, the DGS-005 is easy to pair with your phone and use over extended durations. A built-in joystick allows pan and tilt shots and zoom capabilities, but you need to use the Gimbal Pro app for shooting your videos. Overall performance is acceptable, in that the gimbal dampens the effect of shaky hands for the most part and takes some excellent panoramas/time-lapse videos, but the automatic tracking feature didn’t work too well in my testing.

Competes with the DJI Osmo, which offers better stabilisation and a more refined app experience.

It has become almost a trademark Xiaomi manoeuvre — introduce a feature-rich product, even in a well-entrenched segment, at a jaw-dropping price. And so it is with the Mi Home Security Camera. Xiaomi’s solution delivers excellent value and makes home security simple and accessible to many more families, but it misses a few checkboxes that may have certain customers looking at pricier solutions instead.

As the name suggests, the smart home security solution can rotate 360° (and tilt up and down by 45°) and record video at 1,080p resolution, which it can stream live to the Mi Home app on your phone. It can also store up to two days of footage on a microSD card. Within the app, you can move the camera around 360° to look around the room, and a built-in mic and speaker enables a direct call function which lets you speak to the person (hopefully not an intruder!) or pet on the other side!

The activity monitoring capability is super nifty — it detects motion even in pitch dark conditions using its infrared LEDs and alerts you. Even the image quality is good enough to use as evidence later. The device can be ceiling-mounted for upside-down operation as well.

The 360° bit in the name needs you to manually control the app to point the camera in the direction you need, no auto-rotate to continuously monitor all directions at all times. Also, there’s no backup to the cloud. So if your device (or memory card) is stolen, there goes your evidence! Also, the mostly indoorsy-design doesn’t lend itself well to outdoor use.