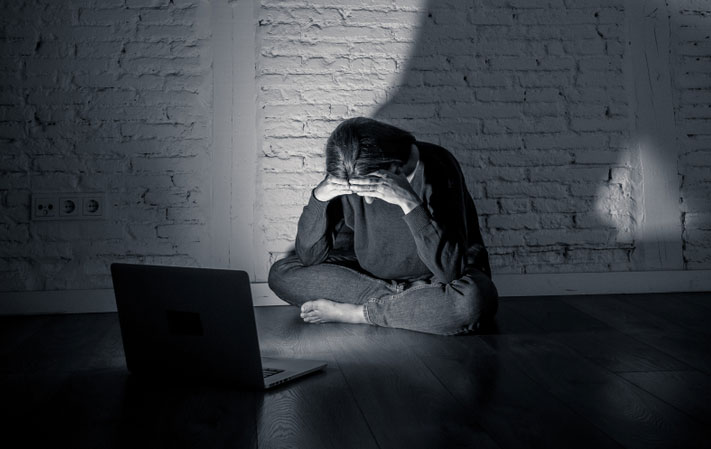 A UK study has found that teenagers aged between 13 and 16 years who used social media more than three times a day — defined as very frequent use — were at greater risk of psychological distress than those who turned to social media less frequently.
(Shutterstock)
G.S. Mudur   |   New Delhi   |   Published 18.08.19, 08:42 PM

A UK study has found that teenagers aged between 13 and 16 years who used social media more than three times a day — defined as very frequent use — were at greater risk of psychological distress than those who turned to social media less frequently.

The findings suggest that very frequent social media use by young people is unlikely to have any direct harmful effects and that the harms result from the cyberbullying, inadequate sleep and the loss of physical activity due to excessive social media, the researchers said.

“Our results suggest that the frequent use (of social media) may disrupt activities that have a positive impact on mental health such as sleeping or exercising, while increasing exposure to the negative experience of cyberbullying,” Russel Viner, professor at the University College, London, said in a media release.

Viner and his colleagues observed differences between how these factors affected boys and girls.

Among girls, very frequent social media use appeared to be associated with decreased life satisfaction, decreased happiness and increased anxiety. The study’s findings will be published in the journal Lancet on Wednesday.

In boys and girls, the study observed what scientists call a dose-response relationship — the greater the frequency of social media use, the greater the risk to mental wellbeing.

“In girls, almost all of the influence of social media on mental health could be explained by the three mechanisms examined — cyberbullying, sleeping less than eight hours, and reduced physical activity, all of which have known effects on mental health,” said Dasha Nicholls, head of child adolescent mental health team at Imperial College, London.

But recommendations to reduce social media use to improve mental health “might be misplaced,” the researchers have said in their study. “Interventions to prevent or increase resilience to cyberbullying and ensure adequate sleep and physical activity in young people should be considered,” they wrote.

An independent researcher not associated with the UK study said the findings are important for two reasons.

“First, social media use among youngers need not be as negative as often assumed,” said Ann DeSmet at Ghent University in Belgium. “Second, the associations of several lifestyle (factors) with mental health indicate the importance of multi-behavioural programmes to promote mental health in youth. This study demonstrates that sleep, cyberbullying and physical activity are important lifestyle measures to protect and improve youth mental health.”