Scientists are preparing to redefine the second, making the fundamental unit of time more precise and powerful this June 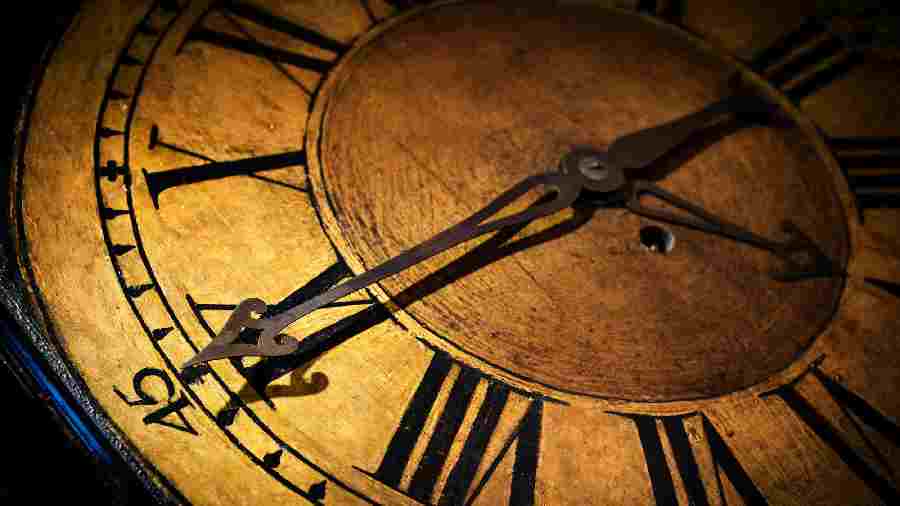 Once, humans told time by looking at the heavens. But since 1967, metrologists have defined time by measuring what’s going on inside an atom.
Shutterstock
Alanna Mitchell   |   Published 30.05.22, 02:42 AM

F or nearly 150 years, the world’s metrologists have agreed on strict definitions for units of measurement through the International Bureau of Weights and Measures, known by its French acronym, BIPM, and based outside Paris.

Nowadays the bureau regulates the seven base units that govern time, length, mass, electrical current, temperature, the intensity of light and the amount of a substance. Together, these units are the language of science, technology and commerce.

For the first time in more than a half-century, scientists are in the throes of changing the definition of the second, because a new generation of clocks is capable of measuring it more precisely.

In June, metrologists with the BIPM will have a final list of criteria that must be met to set the new definition. Noël C. Dimarcq, a physicist and the president of the BIPM’s consultative committee for time and frequency,  said he expected that most would be fulfilled by 2026, and that formal approval would happen by 2030.

“It’s like a once-in-every50-year thing,” said Elizabeth A. Donley, chief of the time and frequency division of the National Institute of Standards and Technology, or NIST, in Boulder, Colorado, US. She is on the BIPM’s international consultative committee with Dimarcq.

Originally, time was based on the path of Earth in its daily spin, day to night and back again. Therefore, the standard unit of time, based on astronomical reckoning, is not constant, a reality that became increasingly intolerable for metrologists during the first decades of the 20th century as they discovered just how irregular Earth’s spin was. By the late 1960s, society was becoming increasingly reliant on the frequencies of radio signals, which demanded extremely precise timings.

Metrologists turned to the far more predictable movement of atomic particles. Atoms never wear out or slow down. Their properties do not change over time. They are the perfect timepieces. By the middle of the 20th century, scientists had coaxed atoms of caesium 133 into divulging their secret inner ticks.

Caesium, a silvery-gold metal that is liquid at about room temperature, has heavy, slow atoms, which means they are relatively easy to track. I n the case of caesium 133, the frequency is nearly 9.2 billion ticks per second — 9,192,631,770, to be precise. The length of the second used in the experiment was based on the length of the day in 1957 when the original scientific experiments were taking place, and was derived from measurements of Earth, the moon and stars. By 1967, metrologists at the BIPM had set the natural frequency resonance of caesium 133 as the official length of the second.

In addition, as weird as it may seem, we still tick through 1957-era seconds, even with our modern atomic clocks. That is because the natural frequency resonance of caesium 133 was measured in 1957 and locked to the duration of the astronomical second in that year, a fact that will not change even when the second is redefined once more.

The redefinition is in the works because scientists have developed new instruments called optical atomic clocks. These operate on similar principles to caesium clocks but measure atoms that have a much faster natural frequency resonance or tick. Those frequencies are in the visible, or optical, range of the electromagnetic spectrum, rather than the microwave range, hence the name.

There are several species of optical clock, each counting the ticks of a different atom or ion — ytterbium, strontium, mercury, aluminium and more.

Why do we need such precision? Partly because time is not just time; it is tied to, and influenced by, gravity and mass.

In 2015, physicists at NIST were in the early days of developing their optical atomic clocks. They were puzzled by the fact that the seconds were measuring slightly differently across the clocks, which were in labs spread throughout Boulder. Then they thought about the theory of general relativity. Could these optical clocks be responding to slight changes in gravity?

They asked Derek van Westrum, a physicist at the National Geodetic Survey, which is part of the National Oceanic and Atmospheric Administration, to investigate. In 2015 and 2018, van Westrum measured height differences among the labs where the clocks were stationed. Like time, height is linked to gravity and mass.

His traditional survey levelling techniques, which measure height above sea level, found that the clocks were indeed at different heights. Their slightly different measurements of time were capturing minuscule changes in the gravitational field. A clock just 1 centimetre higher than another ran faster.

“That Einstein’s crazy prediction of what mass and gravity do to time would actually have a practical application, to me is just incredible,” van Westrum said, chuckling.