Realme C25Y — a phone that promises couple of features and delivers 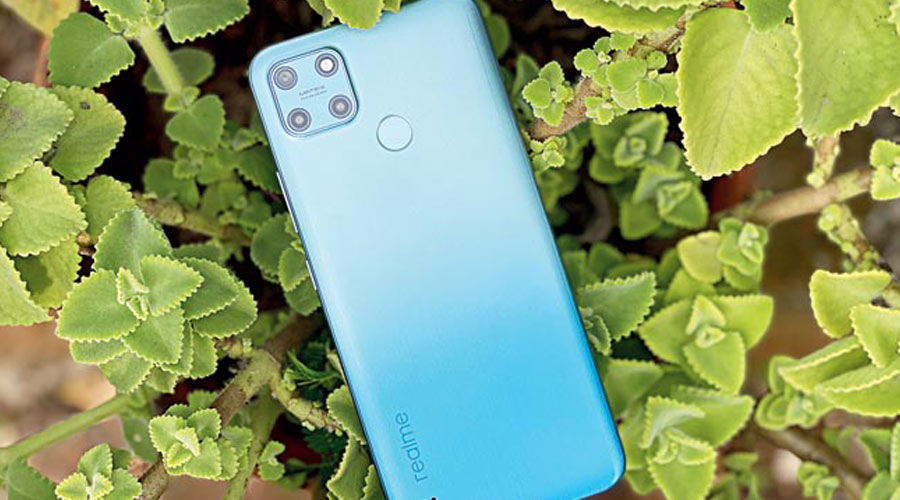 My friend of over three decades has been a fan of inexpensive secondary phones for a long time. He doesn’t think highly of dual SIM slots and rarely brings out his other phone — a flagship device — in office, neither does he share the number attached to it. What he wants from his secondary phone is a decent screen, a nimble processor to handle social media and web duties, a middling-to-good camera and excellent battery life. Then there are people like my father, who has three activities every other hour — check his WhatsApp, scroll through videos on Facebook and watch old music videos on YouTube. He doesn’t care about the camera because his DSLR is his life. There are many such people around us, people who would like a simple phone for daily activities, something like Realme C25Y, which we have been using for an extended period.

The biggest feature of the phone is perhaps its 5000mAh battery, which easily lasts a couple of days, and comes with a not-so-demanding processor (UNISOC T618). It can handle games at acceptable frame rates but don’t expect anything extraordinary while applications are juggled well in the background.

The camera is a simple 50MP primary lens accompanied by 2MP each of macro and B&W snappers. Pictures are decent and shots taken in daylight are acceptable while the night mode is nothing much to talk about. Video recording is capped at 1080p@30fps. As for the screen, it’s a large 6.5-inch LCD display on which you can easily enjoy YouTube videos and Facebook Watch, taking full advantage of the speaker that can be quite loud.

If all of this sounds simple, you are right. It’s a pretty uncomplicated device (except for the bloatware), which has its unique set of audience. These are also people who are slightly rough on the phone, which in this case rocks a plastic rear panel that keeps scratches at bay. What the Realme C25Y (Rs 10,999) does is promise a couple of features and delivers.