Advertisement
Home / Science-tech / Not so cute

All over the world, parents love chubby babies with their potbellies and plump dimpled thighs. Unfortunately, these children grow into overweight teenagers and adults. What was considered "cute" in childhood becomes not only a subject of ridicule but also a health risk. 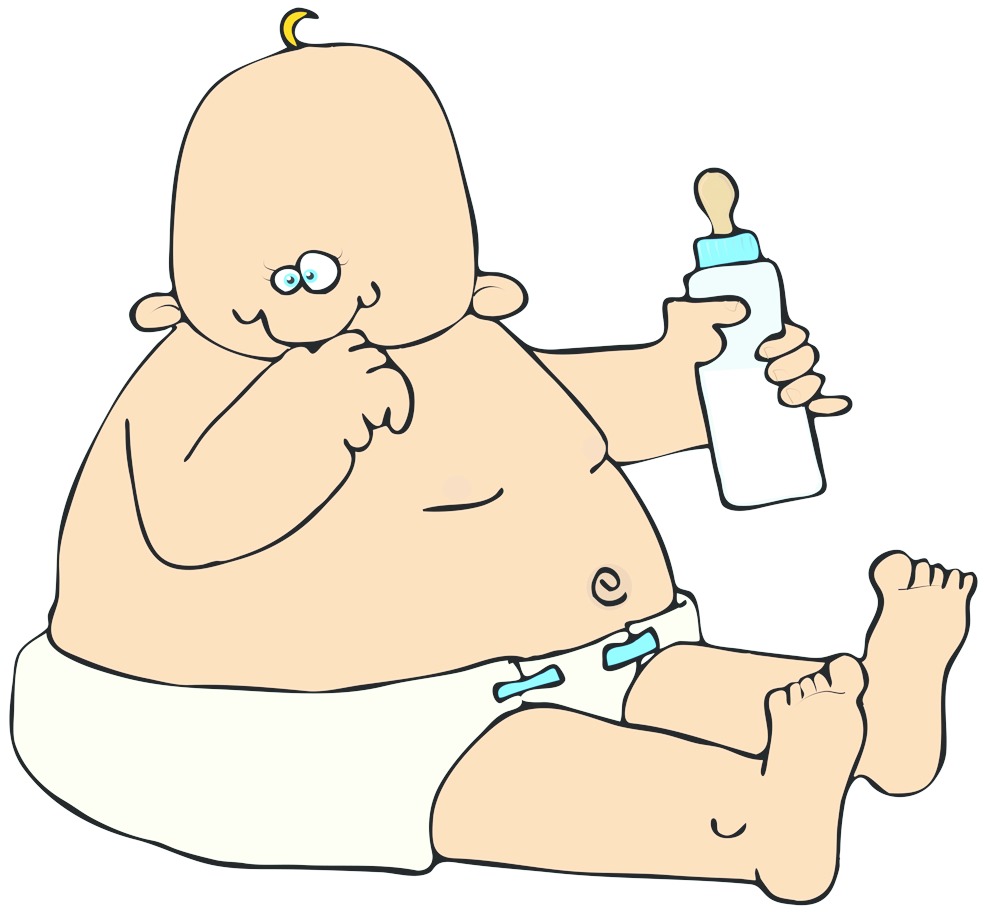 All over the world, parents love chubby babies with their potbellies and plump dimpled thighs. Unfortunately, these children grow into overweight teenagers and adults. What was considered "cute" in childhood becomes not only a subject of ridicule but also a health risk.

Sometimes, whether a person will be obese or not is decided even before they are born. The mother's weight gain reflects on the baby's birth weight. Infants who are underweight or overweight at birth tend to grow into obese adults. Women who smoke, use tobacco products or inhale second hand smoke tend to have small babies. Pregnant women with gestational diabetes produce large babies. Both groups grow into obese adults.

Exclusive breastfeeding for the first six month of life protects against adult obesity. Many parents feel their breast milk is not enough and they resort to "top up" feeds with cow's milk or formula. This results in formula-fed infants being fatter and apparently growing faster.

Breastfeeding lowers plasma insulin levels and decreases both fat storage and the development of excessive fat cells. Also, breastfeeding is on demand. Parents who use formula often overfeed their children.

Weaning should be delayed till the age of six months. If this is not possible, then at least till four months are completed. As far as possible, weaning foods should be home cooked. Cereals, fruits and vegetables are ideal. Packaged infant foods are calorie dense, and often have too much sugar and sodium. Artificially sweetened fruit juices should also be avoided.

Infants need to sleep at least 12 hours. Lack of adequate sleep in infancy leads to obesity in later life.

The motor milestones of obese children are delayed as they are unable to lift themselves up to sit, crawl, stand and walk. This further aggravates the obesity and prevents proper development of bones and muscles.

Once they reach adolescence, they may develop pre-diabetes, bone and joint problems and sleep apnoea. This leads to daytime drowsiness and poor academic performance. Eventually they are at risk for heart disease, diabetes, hypertension and also many types of cancer, including cancer of the breast, colon, uterus, gall bladder, multiple myeloma and Hodgkin's lymphoma.

Even if genetics, prenatal development and early life are against you, and it is "all your mother's fault", it is never too early or too late to start rectifying mistakes. Everyone (all ages) needs at around seven to eight hours sleep, an hour of exercise and a sensible and healthy diet.

Dr Gita Mathai is a paediatrician with a family practice at Vellore. Questions on health issues may be emailed to her at yourhealthgm@yahoo.co.in