A vaccine doesn’t mean the end of the war. The coronavirus won’t stop evolving when the vaccine arrives 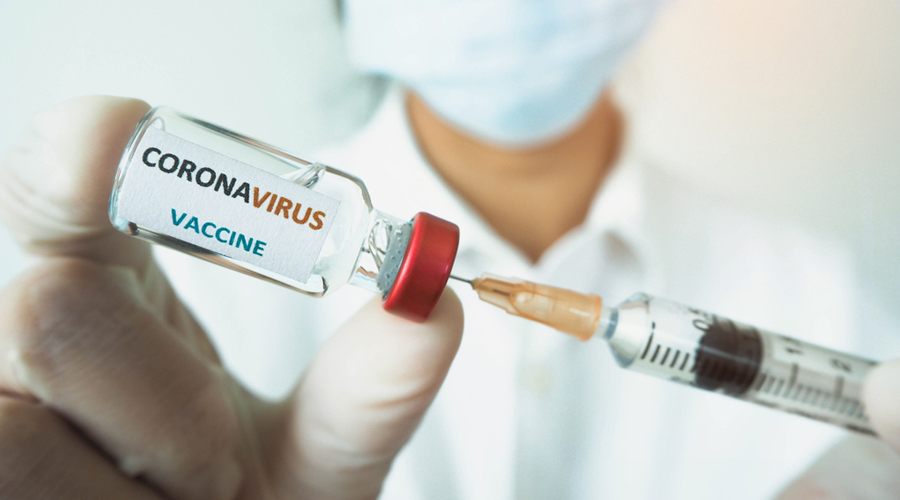 When it comes to infectious disease, the laws of Darwin are as important as the vaccines of Pasteur
Shutterstock
James Gorman And Carl Zimmer   |   Published 07.12.20, 01:10 AM

In a 1988 essay on pandemics, Joshua Lederberg, Nobel laureate and president of The Rockefeller University, US, reminded the medical community that when it comes to infectious disease, the laws of Darwin are as important as the vaccines of Pasteur. As medicine battles bacteria and viruses, those organisms continue to undergo mutations and evolve new characteristics.

Vaccines will not put an end to the evolution of this coronavirus, as David A. Kennedy and Andrew F. Read of Penn State,US, specialists in viral resistance to vaccines, wrote in PLoS Biology recently. Instead, they could even drive new evolutionary change. There is always the chance, the authors write, that the virus could evolve resistance to a vaccine, what researchers call “viral escape”. They urge monitoring of vaccine effects and viral response.

“Nothing that we’re saying is suggesting that we slow down development of vaccines,” Kennedy said. An effective vaccine is of utmost importance, he said, “But let’s make sure that it stays efficacious.”

Vaccine-makers could use the results of nasal swabs taken from volunteers during trials to look for any genetic changes in the virus. If recipients of the vaccine had changes in the virus that those who received the placebo did not, that would indicate “the potential for resistance to evolve”, something researchers ought to keep monitoring.

There are reasons to be optimistic that the coronavirus will not become resistant to vaccines. Several years ago, Kennedy and Read presented an analysis of the difference between resistance to drugs and vaccines. Neither bacteria nor viruses evolve resistance to vaccines as easily as they do to drugs, they wrote. The smallpox vaccine never lost its effectiveness, nor did the vaccines for measles or polio, despite years of use.

Antibiotics, on the other hand, can quickly become useless as bacteria and other pathogens such as viruses and fungi evolve defences. And resistance builds to other drugs as well.

The reasons have to do with the basic principles of evolution and immunity. The two key differences are that vaccines generally act earlier than drugs, and that the natural immune response they promote is usually more varied, with more lines of attack. A drug may be narrowly targeted, sometimes attacking one metabolic pathway or biochemical process.

With most drugs, the virus or bacteria has already been reproducing in the patient’s body and if one variant is better at surviving the drug’s attack, it will continue to grow and perhaps be transmitted to another person. A combination of drugs, as with HIV treatment, can be more effective because it unleashes a multi-pronged attack.

Vaccines, on the other hand, act early, before the virus begins to proliferate and perhaps change within a patient’s body. So there are no new variants, like those forged in the heat of a drug attack to grow and spread from the infected person. Vaccines offer the body’s immune system a glimpse of the virus, and then the immune system builds a broad attack. For example, after a tetanus shot, a person’s immune system may produce 100 different antibodies.

Some vaccines, however, do drive viruses to evolve resistance, Kennedy and Read noted in their 2015 article. A vaccine stopped Marek’s disease, an illness in chickens. But the virus could still infect the chickens. It replicated and spread without causing disease and quickly became resistant.

In humans, a type of bacteria that causes pneumonia evolved resistance to a vaccine when the bacteria recombined in nature with existing strains that were naturally resistant. A vaccine for hepatitis B created antibodies targeting only one small part of one protein — a loop made by nine amino acids, which is tiny in protein terms. It did not create a broad attack. A pertussis vaccine also appeared to drive resistance. It worked to fend off the disease, but targeted only a few proteins and was not effective at stopping infection and transmission.

Many other vaccine candidates, like the ones from Pfizer and Moderna, are meant to get the immune system to react to only a portion of the coronavirus, the so-called spike protein, which would seem to offer fewer targets.

But Kennedy said that was not necessarily a problem. “A vaccine based on just the spike protein has the potential to generate a broad immune response,” he said, “because there are multiple sites on the spike protein where potent neutralising antibodies can bind.”

Although these are the first vaccines that use RNA particles to instruct the cells to make a viral protein, other vaccines use parts of the virus, rather than the whole. So far, there was no evidence to show one type of vaccine would be more likely to drive resistance.

“We have seen vaccine resistance evolve against many kinds of vaccines,” he said, “but there are also plenty of examples where resistance has never emerged.”

Resistance can also evolve in ways that aren’t driven by how a vaccine acts. There may already be variants of the coronavirus that are less susceptible to the vaccines. This concern prompted Denmark to announce it would cull all of its mink because a variant of the virus in mink showed in preliminary lab tests that some antibodies were less effective against it.

The worry has lessened since then, with scientists and the World Health Organization saying they saw no evidence yet that the variant would interfere with any vaccines in development. But Denmark still plans to kill all the mink there.

And scientists say that caution in this kind of situation makes sense. As a virus jumps from people to animals and back again, as it has with mink, there are more opportunities for changes in its RNA, changes that could lead to resistance.