Advertisement
Home / Science-tech / New omicron variant BA.2.75: No hard evidence yet, but cause for concern

New omicron variant BA.2.75: No hard evidence yet, but cause for concern 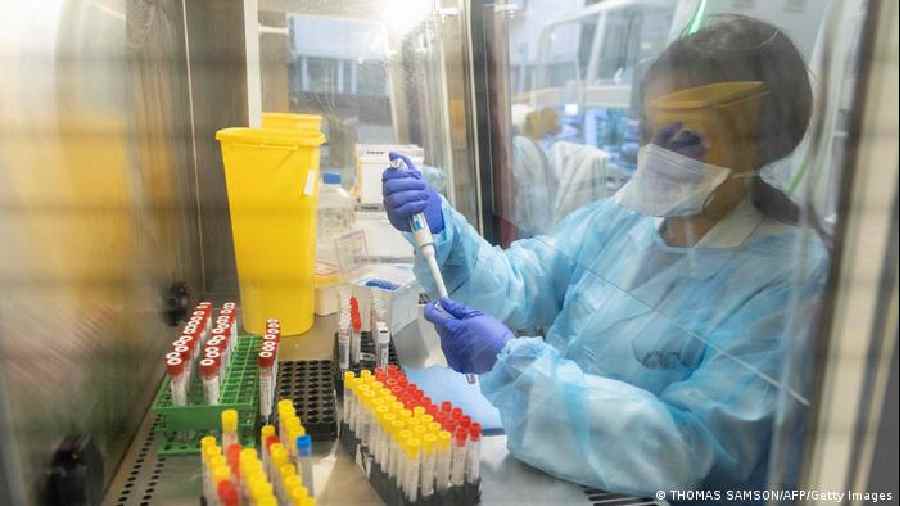 Cases of the new coronavirus variant BA.2.75 have recently been detected in Japan, Germany, the UK, Canada, the US, Australia and New Zealand.

The new mutation was first identified in India, where it has spread to at least two states and one territory so far. Researchers are calling it a "second-generation" variant because it developed from omicron's BA.2 subvariant.

Global case numbers are low so far, making it hard to gather solid information about the virus's sequencing.

"There's minimal data about this variant so far," Ulrich Elling, a geneticist and molecular biologist at the Austrian Academy of Sciences, told DW. "But it has a couple of attributes that have made us take notice."

Many mutations mean a higher potential to evade immunity

The new subvariant has eight additional spike protein mutations compared to BA.2, its strain of origin. The location of these mutations has scientists concerned that BA.2.75 might be able to escape immunity people have built up against BA.2.

In other words, someone who caught the BA.2 omicron strain could catch COVID again if they come in contact with BA.2.75.

Elling stressed that so far, experts don’t know anything for sure about the new subvariant. But the fact that BA.2.75 was able to spread in at least three different regions of India, a country that has already experienced a BA.2 wave, seems to be another indicator of BA.2.75's ability to escape immunity.

Tom Peacock, a virologist at Imperial College London's Department of Infectious Disease, wrote on Twitter that he believes BA.2.75's many mutations and wide geographical spread make it "worth keeping a close eye on."

There are currently only around 70 recorded cases of BA.2.75 worldwide, according to Elling, who is in charge of virus sequencing on the federal level in Austria. But he also points out that testing has significantly decreased in many countries, and thus sequencing as well.

"The estimated number of unreported cases is rising right now," Elling said. "People don't take tests before they go on vacation because they're worried they wouldn't be able to go if they were positive."

In India, the new subvariant already made up 23% of  COVID samples sequenced in early July by GISAID, a Munich-based global science initiative offering open access to genomic data of COVID and influenza viruses. The rapid rise was highlighted by Australian data visualization and integration specialist Mike Honey on Twitter.

India continues to report very rapid growth, now up to 23% of recent samples.

A few more samples have been reported in other countries.

Researchers say there is simply not enough information yet to make predictions about whether a BA.2.75 infection would be more or less severe than an infection with previous coronavirus variants.

In fact, with the little information they have, scientists can only speculate about the new subvariant's trajectory.

"It looks like something is headed toward us," Elling said. "But there's no surefire evidence just yet."