Do we want to create a generation that takes pride in their heritage but does nothing new for the country’s progress? 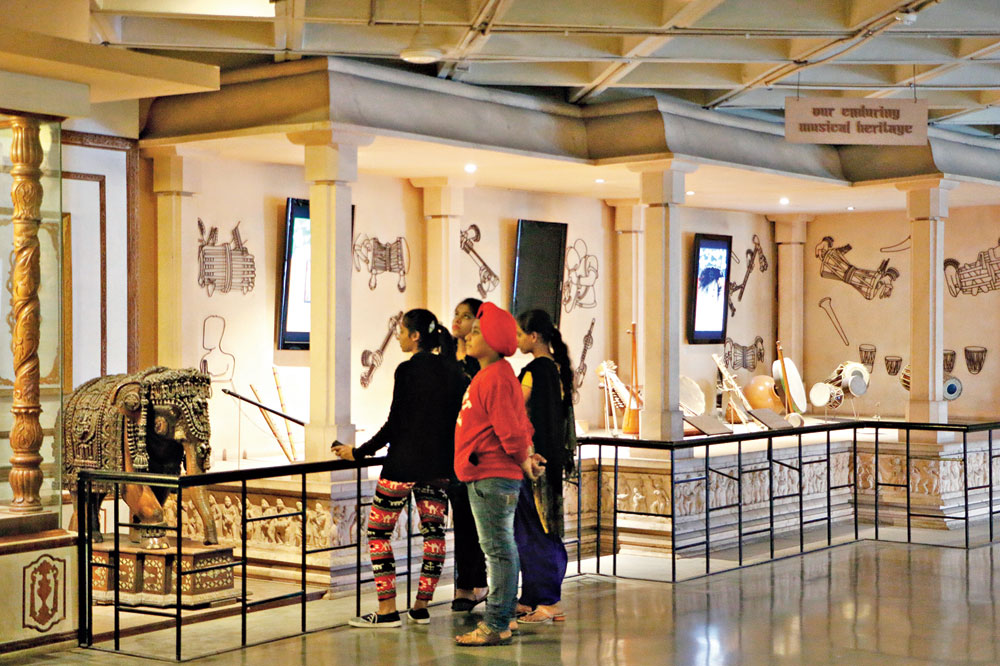 As soon as you click on the website of the National Council of Science Museums (NCSM), you are greeted by “Communicating Science to Empower People” scrolling across the page. But after my recent visit to the National Science Centre (NSC) in Delhi, I have become rather sceptical. Who is the NCSM trying to empower? Is it the youth of India or the older generation? Why do science museums come under the ministry of culture rather than the ministry of science and technology?

The first exhibit you see on entering NSC is the Energy Ball that works only at specified times. At all other times, you will just see a complex metallic structure. If there was at least an explanatory write-up about the exhibit and the concept behind it, visitors would probably return at the specified time to watch it in action. Then there is a tap that drips water continuously into a bucket, which never overflows. It seems like magic! There is, however, not a single person around to explain the concepts behind this exhibit nor is there a write-up. It is the same in many other places.

The gallery named Water: The Elixir of Life does have plenty of written information but most of it is old and some of it is obsolete. This problem can be noticed in many places at the NSC. There are new discoveries being made nearly very day in the various branches of science. If that knowledge is not shared with students and the public, what is the use of having science museums?

It gets worse. The Indian Heritage section in the Science & Technology gallery makes one forget the basic tenets of science. Are we interested in taking Indian science into the next century or do we want to create a population that takes pride in their ancient heritage but does nothing new for the progress of the country? We should demand and get the respect of the rest of the world because of the ground-breaking discoveries we make now.

Who is the target audience for science museums? If it is children, do they really learn anything after visiting such museums? I happened to interact with a large section of school children visiting the NSC and I found that many don’t understand the basic principles behind the items on display. What is the use of just looking at things without understanding the concept?

The writer is a science communicator and head of the School of Biosciences at the Mar Athanasios College for Advanced Studies in Tiruvalla, Kerala

The teachers accompanying the students were least bothered about explaining the science behind exhibits. They seemed to feel that they had done their duty by arranging the visit. In fact, if the students spent a little time studying an exhibit, the teachers — and even the security personnel — hurried them away. The youngsters were given no time to observe the items on display at leisure and discuss their knotty ideas with their friends. Most people visit science museums to kill time or as part of a study tour from school or college; very few want to understand science. These few should be encouraged.

There is a lacuna in the way science is being communicated through the museums. We are not designing the exhibits to appeal to the target group, although the age bar is clearly demarcated on the NCSM website. Incidentally, even an educated person like myself couldn’t understand 90 per cent of the things on display at the NSC. Most of the visitors to science museums are school children but a large percentage of the exhibits are beyond the grasping capacity of a young child. The average primary school student may not understand the concept of biotechnology or complex theories related to physics or chemistry. For them, science should be explained through games and cartoons. They should be taught science through fun activities.

There should also be more serious exhibits that generate specific interest in science and appeal to high school or higher secondary level students. In these cases, there should also be trained personnel to explain the concepts in a simple manner. There wasn’t a single person to explain things at the NSC; visitors were looking at the exhibits without understanding the basic principles of science involved. Talking of basic science, the NSC has a majestic gallery highlighting the contributions of our great leader Sardar Vallabhbhai Patel. Somewhat a misfit in a science museum, don’t you think? Are we mixing politics in science?

The purpose of science museums should be to promote scientific attitude and temper amongst the people of our country, not promulgate political ideology. Neither is a science museum meant to harp on past glories, even if they are scientific. The science museums should spark a love of science in youngsters so that there is a steady supply of great scientific brains in the country who come up with ground-breaking discoveries. That’s the need of the hour for taking our country into the next century; otherwise our future population may suffer. If science museums cannot effectively promote a scientific temper and a love of the subject among students, there is no meaning in having these institutions, which were built on crores of public money.