Music to the ears

AirPods continues to punch above its weight, resulting in the outstanding new Pro version 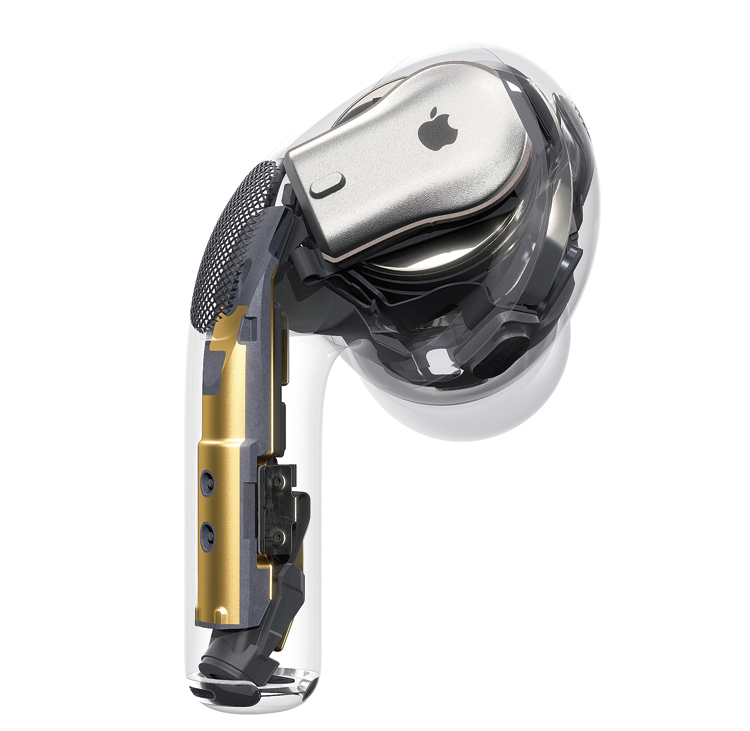 The size and performance of AirPods Pro are made possible by Apple’s innovative system-in-package (SiP) design, featuring the H1 chip that powers everything from sound to Siri. A look at the inside of the device
Picture: Apple
Mathures Paul   |   Published 02.11.19, 12:42 PM

Only three years ago, Apple’s wireless earbuds were ridiculed by tech journalists, making it fodder for memes. Mocked, kicked and battered, it has defied all odds to reach millennial status symbol. No wonder, when the Tim Cook-led company announced on Wednesday its best Q4 revenue ever, it was “fuelled by accelerating growth from Services, Wearables and iPad”.

“With customers and reviewers raving about the new generation of iPhones, the debut of new, noise-cancelling AirPods Pro, the hotly-anticipated arrival of Apple TV+ just two days away (launched on November 1), and our best lineup of products and services ever, we’re very optimistic about what the holiday quarter has in store,” Tim Cook said in a statement.

Yes, the new AirPods Pro has found a mention. Critics once thought American streets would be littered with lost AirPods. Instead, it hangs out with the likes of Kristen Stewart and David Beckham as much as Shah Rukh Khan and Akshay Kumar. The new version hopes to do the same because this one comes with active noise cancellation. And there are a few more clever tricks that will change the way we interact with music.

The first big change one notices is that the “stick” extending from each earbud has been shortened and more angled. With a slightly plumper look, it sits more securely in the ear. No, the previous AirPods didn’t fall out of ears but the new design makes the device appear safer. Water and sweat resistant with an IPX4 rating means it’s good for workouts and wearing in the rain but don’t plan to go swimming with AirPods Pro on.

The other big upgrade is swappable in-ear tips, ensuring a perfect fit. There is a set of three flexible silicone ear tips in the box, with the medium ear tip option in place. Once the device sits in the ears, go for the Ear Tip Fit Test on the iPhone, which tells you if you have a decent seal or not. After all, the device is all about noise cancellation.

To maximise comfort, it comes with an “innovative vent system to equalise pressure”, which minimises the discomfort common in other in-ear designs.

The feature works by using a microphone to listen to the world outside to create a noise, which is reversed in phase to cancel out the external noise. The result is highly effective, even in a room full of people. There are headphones which compromise audio quality when the feature is turned on but that’s not the case with the AirPods Pro.

Like before, removing one bud from the ear pauses the music and putting it back on makes music come alive. Apple takes things to the next level with a Transparency Mode, which uses the speaker to channel outside noise while you’re listening to music. This makes a lot of sense for joggers and those who want to talk without removing the buds. Toggle between noise-cancellation and Transparency Mode by asking Siri to make the switch or tap controls in the Control Centre on the iPhone or — this is the best option — squeeze the capacitive force sensor on the stem hanging down from each bud. One can also press once to answer a call or pause or play a track. Press twice to skip forward, three times to go back. Overcoming noise-isolation seal to make one’s voice sound as it would if the headphones were not on is innovation at its best.

In way of sound, this is the best Apple has ever given us. Even with noise-cancelling on, expect a warm tone to the music that’s played while the beats are punchier and there is a lot more bass. All this is made possible to a custom Apple-made driver, a custom high dynamic range amplifier and the H1 chip that powers the sound experience. There has been an improvement across the board — low, mid, high and bass tones. The noise cancellation continuously adapts the sound signal 200 times per second.

If the iPod made a thin white wire into a cultural phenomenon, the AirPods have turned out to be a heady piece of pop culture as well as a financial force for Apple. For years, critics have chastised the company for relying on the iPhone to deliver the company’s bottom line. Yes, the company has delivered a winner with the iPhone 11, the result of which would be visible in the coming months. But the company also realises the importance of wearables and services. Apple TV+ launched on November 1 and the company has enough financial power to take competition to the likes of Netflix and Amazon Prime Video. Meanwhile, the AirPods are here to stay, whether or not Tim Cook is seen sporting it in public!

Powerbeats Pro: Since Apple took over Beats by Dre, this has been one of the best products. On the wireless earbuds, the left and right sit separately and are powered by Apple’s proprietary H1 chip.

Sony WF-1000XM3: Even with the limitations of the earbud form factor, Sony has delivered a gem of a noise-cancellation earbud, thanks to the company’s proprietary technology, including a dedicated processor.

Amazon Echo Buds: Though the sound is not comparable to AirPods Pro, it comes with Bose’s proprietary noise-reduction technology to help eliminate outside noises. With the company’s Alexa virtual assistant becoming ubiquitous in the home, it makes sense for Amazon to deliver this device. Hopefully we will soon get to see it in India.