Jeff Bezos and Elon Musk want us to ultimately physically leave the planet while Mark Zuckerberg wants us to leave reality via metaverse. Is it worth it? 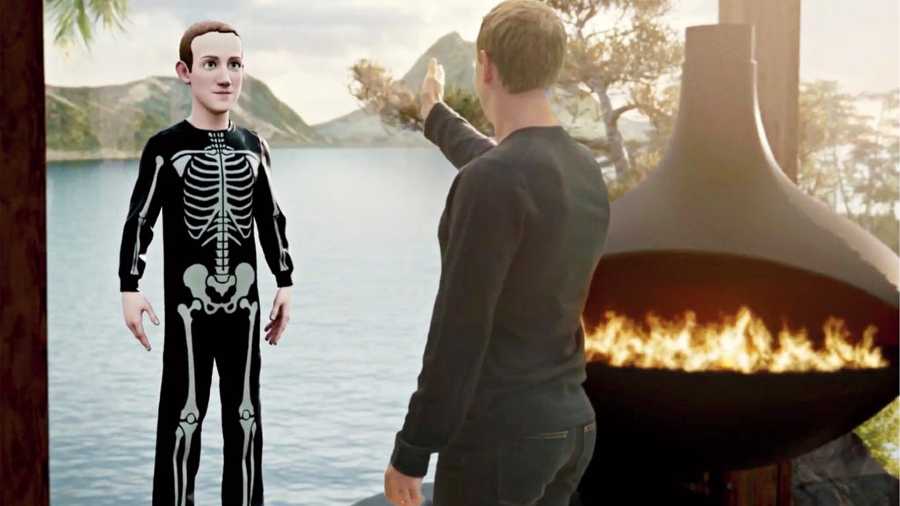 Just by being modestly active on social media gives us the impression that all our friends are hanging out with us. Technology was supposed to make us freer to pursue things we want to, yet, what we have is FOMO (fear of missing out). And all the talk of Facebook becoming Meta and Mark Zuckerberg marketing a future where we live in a metaverse is simply exaggerating FOMO.

A quick rewind. A few days ago, Zuckerberg delivered an 81-minute discourse on how humans (for the moment pets are safe) will interact and work in the future in a virtual space or the metaverse, dissolving our living room on a digital grid while having collective “experiences”. For a moment, one couldn’t help but feel that an eccentric billionaire has gone off his tangent, especially when he comes to the point where Facebook (the company) gets renamed Meta (more precisely, Meta Platforms). Frankly, there’s more to this than just having wonderful “experiences”. Even though you may not have tuned into the man’s speech, you are talking about Meta at the dinner table. It’s a conversation starter. Or is it a conversation shifter (Facebook whistleblower Frances Haugen has made explosive statements about how the company prioritises profit)?

The big-tech brigade is talking about the next Internet where immersive 3D worlds and services live under one roof on a super-platform that will convene sub-platforms like social media, online video and apps. You will put on a headset or a pair of AR smart goggles to get transported into a world of avatars. Zuckerberg and his head-honcho colleagues are taking refuge in the vision of a metaverse inspired by Neal Stephenson’s 1992 dystopian novel Snow Crash. It was a metaverse that focused on a three-dimensional space where one could do business. The virtual real estate, in the book, is operated by a company called the Global Multimedia Protocol Group, which makes its money acting as the backbone of 3D cyberspace.

Soon after the book’s arrival came a slew of open-source metaverse projects to stitch together existing virtual worlds. Or as Wired recently wrote: “A 50-year-old in a Barbie avatar walks straight from her Second Life Dream House to Sephora.com’s VR boutique, where she purchases digital mascara with gold earned in World of Warcraft.”

Not everything went to plan… not until now. Zuckerberg’s Meta owns four of the big platforms that connect the world — Facebook (the app), Instagram, Messenger and WhatsApp — it also has Oculus, which manufactures VR hardware.

Let’s dive deeper. When Zuckerberg gave his “game-shifting” presentation, all one could think is how he is going after Apple. Confused? Apple has a huge iPhone user base globally. To ensure iPhone users have a choice when it comes to being tracked by apps, last year the company announced the App Tracking Transparency (ATT) policy that requires apps to ask permission to track users’ data. The policy went into effect in April and if users opt in, apps cannot track them and thus won’t know about their online habits. Soon after Facebook took out a full-page newspaper ad to announce how harmful this could be to the user and small businesses. And here comes the moot point. An investigation by The Financial Times found that Snapchat, Facebook, Twitter, and YouTube lost around $9.85 billion in revenue following Apple’s changes to its privacy practices.

So far, Zuckerberg has been dependant on the policies Apple and Google (Android) come up with because they hold the strings to the operating system on our phones. Why not dive into the hardware business wholeheartedly? Zuckerberg has decided to make Oculus an important part of the plan, at least in the next five or 10 years. If metaverse works, he gets to control hardware and software (operating system). He can subsidise these headsets so that more and more people use it, driving the growth of an ecosystem. And by doing so his company can come across as this anti high-cost ecosystem where people (you and me) are at the heart of everything. How can Meta keep cost in check? Surely by not making losses! Advertisements could be an answer.

Why be in the metaverse at all?

That’s a billion-dollar question big tech companies are busy answering. Microsoft has just announced its entry to build a metaverse inside Teams. Called Mesh, a collaborative platform for virtual experiences, it’s coming to Teams next year and it is an effort to combine the company’s mixed reality and HoloLens work with meetings and video calls that anyone can participate in thanks to animated avatars. Sounds neat but what’s the use? Fortnite’s Ariana Grande concert in August offered a taste of music in the metaverse. Before her, rapper Travis Scott and Marshmello did the same. But is that the same as attending a concert?

Not that the technology for metaverse is not improving. There are high-end headsets that can trick the human eye into seeing in 3D while moving around a virtual world and digital worlds will improve as and when the rollout of 5G happens.

The smartphone era has changed our relationship with technology in ways profound as well as banal. A decade ago we didn’t believe that a computer will be in our pockets. Meanwhile, people are spending long hours and money in several game-like interactive experiences while entrepreneurs are building an alternative financial system using blockchain technology.

Jeff Bezos and Elon Musk want us to ultimately physically leave the planet while Mark Zuckerberg wants us to leave reality that’s already ruined by billionaires. Before we agree with Zuckerberg and escape, let’s ask ourselves if we are even happy making those dreary Zoom calls. If we can’t take back-to-back Zoom calls, will we be able to survive hours of metaverse every day, all year long?

When metaverse knocks on our headsets, let’s not forget those are getting built with profit in mind. Let’s not forget that the night man at Hotel California is “programmed to receive”. You can check-out any time you like, but you can never leave.

A space where physical and digital worlds come together and representations of people — avatars — interact.

How important is Meta to metaverse?

Neal Stephenson’s Snow Crash in which the term metaverse was coined.