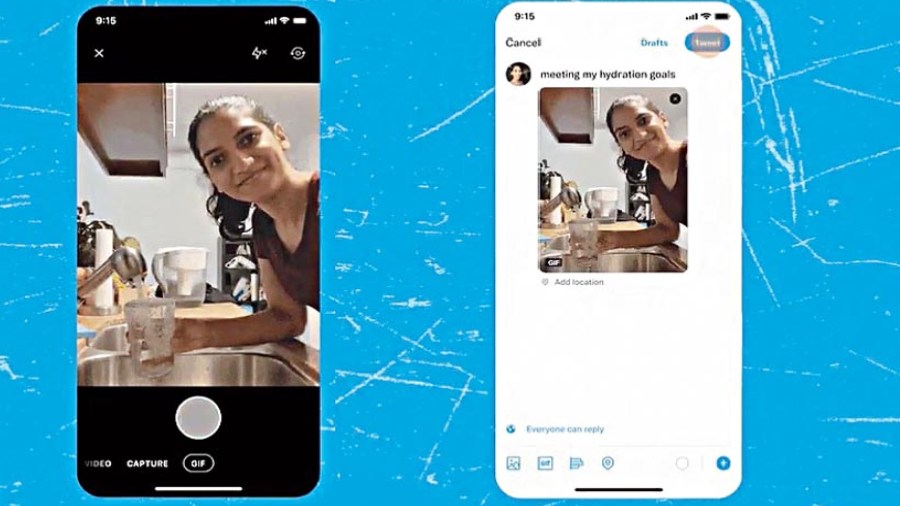 There’s nothing new about GIFs but how you make one has just got easier, at least for Twitter users on the iOS platform.

When you compose a new tweet on iOS, simply click the camera button, which will present the option to choose between a photo, a video and an animated GIF. The recording can’t be very long — only a few seconds — but that’s what GIFs are about.

The Twitter Support handle has tweeted: “Ok GIFs aren’t new but what is new is the option to capture your own using the in-app camera on iOS.” Twitter user @iffiViews replied to the feature with: “When will you give adding text on photos before posting option?” And there was a response: “We’ve sent the suggestion to our team.”

Once the GIF is recorded, there is the option to either play it front to back on loop, or you can make it play like an Instagram boomerang. But there doesn’t seem to be a way to easily share the GIF. Right-clicking a GIF, Twitter shows the option to “Copy Gif Address”.

The platform is coming up with new features all the time and recent updates include posting clips from Spaces and some timeline algorithm developments.