Care for a suborbital flights?

Jeff Bezos is space-bound. You too can pack your pyjamas and register for a joyride. Here’s a ready reckoner 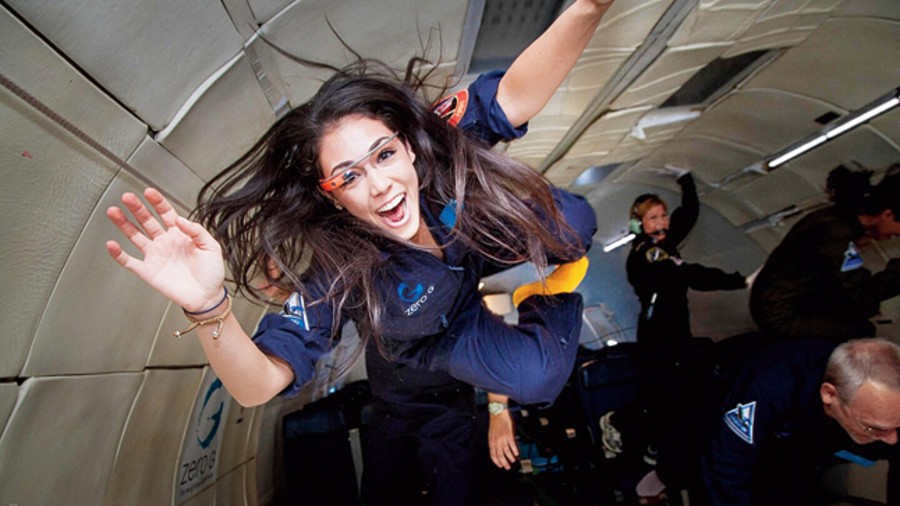 Kellie Gerardi, a researcher for the International Institute for Astronautical Sciences, experiences weightlessness on a Zero Gravity plane. Virgin Galactic is supposed to fly her on an upcoming launch.
Picture: Virgin Galactic
Mathures Paul   |     |   Published 10.06.21, 11:14 PM

You already know that Jeff Bezos and his brother Mark will make a trip to space next month when Blue Origin, a privately funded aerospace manufacturer belonging to the founder of Amazon, will conduct its first human flight. The company’s New Shepard has made 15 uncrewed test flights, which shows that it should be a smooth ride. Now, there’s one seat up for grabs and the winner will be announced on June 12. Don’t worry if you can’t get an appointment... there are options.

Getting a ticket to fly

New Shepard, which is Blue Origin’s reusable rocket, will fly its first astronaut crew to space on July 20. One seat is available onboard to the winning bidder of an online auction. Yes, the Jeff Bezos-owned company is auctioning off a seat and the live auction will take place on June 12. The current high bid is $3.8m. There are some requirements in case you do want to make this journey. Your height needs to be between five feet and six feet four inches while weight needs to be between 50 and 100kg (roughly). Just when you think you have qualified, here comes a few caveats. Seven flights of stairs at the New Shepard Launch Tower needs to be climbed under 90 seconds and you need to walk quickly across uneven surfaces.

Don’t worry if you miss Jeff Bezos’s Calcutta-Bansh Baria train… oops, New Shepard’s Texas-address-to-space flight, wait for SpaceX trips, which are coming from the Amazon chief’s rival, Elon Musk. SpaceX has a couple of missions coming up to take private citizens to orbit, the first is scheduled for September, which will take billionaire Jared Isaacman on a trip and a second trip — booked by the company Axiom Space — will carry three wealthy individuals and an astronaut working for the company to the International Space Station. But Musk doesn’t want to make journeys like Bezos; he wants to chill on Mars... ultimately!

View from the window

New Shepard in its July mission will take six people on short suborbital flights or rising above the 100km altitude, which is generally regarded as the edge of space. It immediately comes back instead of accelerating to the high velocities needed to enter orbit around earth. According to experts, space begins at the point where the atmosphere alone is not enough to support a flying vessel at suborbital speeds. In the 1900s, according to National Geographic, Hungarian physicist Theodore von Karman determined the boundary to be around 50 miles up, or roughly 80 kilometres above sea level. Today, though, the Karman line is set at what NOAA calls “an imaginary boundary” that’s 62 miles up, or roughly 100km above sea level.

In case you do get a seat on the Blue Origin flight, at about 250,000 feet the capsule carrying the passengers will separate from its booster. The astronauts can unbuckle and experience weightlessness for nearly three minutes before the capsule returns to earth. According to The New York Times, since the capsule is fully pressurised, passengers will not be required to wear spacesuits or helmets.

Obviously, there is always the issue of cost. According to Washington Post, flying to the International Space Station for a week on a trip commissioned by Axiom Space costs $55 million per person. A part of the money goes to NASA, which reportedly charges $10 million a week per private astronaut for crew time, mission planning and communications. And there are relatively small bills for food and so on.

Virgin Galactic has previously charged $250,000 for suborbital flights, which involve feeling weightlessness before falling back to Earth. The company is expected to increase cost when ticket sales reopen later this year. Blue Origin hasn’t announced prices for seats.

Russia is also thinking big. The country’s space agency, Roscosmos, and a Russian broadcaster, Channel One, are working on a project to send Russian actress Yulia Peresild and film-maker Klim Shipenko to the space station to make the movie Challenge (working title). The storyline can become a template for Bolly and Tolly directors — Yulia plays a surgeon sent to orbit to save the life of a Russian astronaut.