The product by Apple is a true champ, an all-round performer 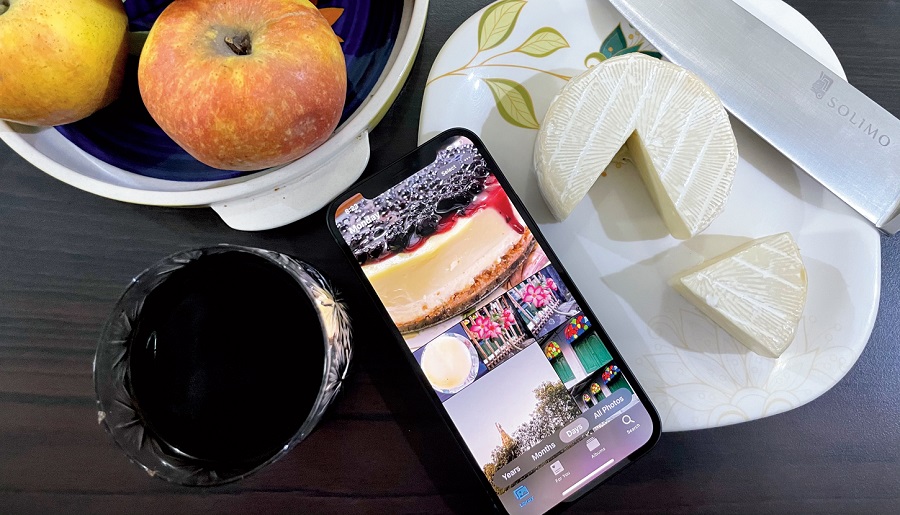 Earlier, you may have felt that you were purchasing a cheaper version of the superior iPhone Pro. That’s not the case anymore. The iPhone 12 is just as premium as any of the siblings in the series. Apple doesn’t give you a chance to miss anything big and the few compromises that have been made — compared to the iPhone 12 Pro — don’t matter to the average user. The iPhone 12 is the phone most would buy. Instead of looking at how fast it is, let’s look at some of the standout features.

There’s a lot going on in the new iPhone series overall – it’s a completely new design across the series, there is a very capable OLED screen, camera capabilities have been amped up greatly and there is 5G, something that should also matter to you (but more about it later). Calling the iPhone 12 series an upgrade would be doing injustice to the series.

In a sea of Android phones that look like black slabs, the new slabs from Apple are as different as chalk and cheese or night and day. It’s a very practical design that takes inspiration from the iPhone 5. The rounded sides of the iPhone 11 are gone, replaced by flat screens to complement the absolutely flat screen.

The flat sides, in fact, have two practical usages. While streaming a film, you don’t need to prop up the phone against books or attach an ugly pop socket. Second, when taking photographs, especially at night, you can rest the iPhone on its sides to take a steady shot or get the alignment right.

The difference: Unlike the steel frame on the iPhone 12 Pro and Pro Max, this one has aluminum, which is a zillion times better than what you get on most Android phones. Plus, the aluminum frame is not a fingerprint magnet.

When Samsung introduced its flagship phones a few months ago — Galaxy Note 20 and Note 20 Ultra — they turned out to be very powerful but the former came with a plastic back, which made it feel cheap. Apple has stayed away from this strategy. The premium feel of the iPhone 12 Mini is as much as that of the iPhone 12 Pro Max (and all the phones in between).

Also, no compromises have been made to the display quality. It’s good to see the company switching to OLED as the panel offers more contrast without losing perspective of colour accuracy. Also, OLED has allowed Apple to reduce the size of the bezels to make the phone smaller overall while in regular HDR the phone can hit 1,200 nits of peak brightness. The combination of HDR and OLED’s contrast ratio is a joy to have.

The element of consistency can also be seen in what the company calls Ceramic Shield, which makes the phone four times more drop resistant. We couldn’t muster up enough courage to drop the review unit but going by some vloggers, the shield does work. What we want to see how the Apple technology holds up against Gorilla Glass Victus that has been applied to Samsung Galaxy Note20 Ultra.

The difference: Except for screen size, there is no difference.

The biggest introduction this year has been the MagSafe charging option. Basically, Apple has added a few magnets to the back of the phone. MagSafe is a wireless charging option as well as a line of accessories. Usually, while wirelessly charging a phone one needs to keep it on a charging mat. You pick up the phone and the charging stops. With MagSafe, the charging accessory attaches to the magnet on the back of the phone. It also ensures that you don’t have to worry about correctly placing the phone on a wireless charging mat. Another advantage is that you can pick up the phone to use but charging doesn’t stop.

There’s more. Apple has introduced a MagSafe wallet accessory, which attaches to the back of the phone. It can hold around three of your credit/debit cards. The wallet is designed to keep your cards safe and not demagnetise them.

All this brings us to charging speed. When you use a MagSafe charger, the iPhone 12 can charge at up to 15W, which may not be the fastest wireless charging speed but it’s good enough. Agreed that the iPhone 12 still uses lightning port, which really doesn’t make sense in the era of USB-C. Apple probably has something up its sleeve for next year. Though Apple hasn’t said it, we feel that the company will improve the MagSafe line of accessories to a degree that you won’t really need the lighting port at all. The puck is the future.

The difference: MagSafe accessories fit on all the new iPhones.

The big change on all the new iPhones is the faster aperture: f/1.6 instead of f/1.8 (on the regular wide lens). One may feel that it’s a small difference in way of numbers but if you were to get the same on a DSLR, the price difference would be big. Having f/1.6 aperture helps the camera set-up to receive more light, especially in low-light situations. I am absolutely stunned by the speed of auto-focus, even though there is no Lidar sensor on board (it’s there on iPhone 12 Pro and Pro Max). In bright daylight, photos come out crystal clear and the colour of the sky is retained.

Running the show is Apple’s new A14 Bionic processor, which needless to say, is way faster than the last generation chip. The speed of the A13 Bionic processor on the iPhone 11 was so good that one will not feel any difference on the new phones. But the real use of the processor is in the way cameras function. Apple has extended the night mode to every lens, which requires serious processing power. There is very little noise in night shots and the colours come out just well. Apple has been improving its computation photography chops, which is clearly evident.

What is missing on the iPhone 12 over the Pro and Pro Max is telephoto lens. Is it okay to not have a telephoto lens? Honestly, I don’t miss it. There could be a few situations when I would like to zoom in for a high-res shot but that’s rare. What you are missing is actually… nothing.

In terms of video, Apple remains miles ahead of any Android phone. There is something new called Dolby Vision HDR, which is a complicated new video standard, making it a very Apple-y thing. The company has been bold enough to introduce the format that records video with amazing clarity. The level of clarity cannot be explained in words and we can’t show you through a video on YouTube. In fact, chances are that your television doesn’t support the format. Apple has its eye on the future.

The difference: No telephoto lens on the iPhone 12 compared to iPhone Pro and Pro Max. Also Lidar is missing on the basic model.

The phone has a battery that easily lasts a day, even if you play video games. The average user will probably have 20 per cent battery left at the end of the day. The company’s processor has always been fast (in some cases, faster than many laptops) and the A14 Bionic process takes computational photography to a new level. And yes, night photography is seriously good through a combination of longer exposure time and software processing.

Apple has made the default iPhone so good and powerful that you may even consider an upgrade, no matter what you are using. The iPhone 12 is a true champ, an all-round performer.

The iPhone 12 flies because…
It has a practical design

Night shots have very little noise. This shot of a courtyard was taken around 9pm from the terrace. All the details have been maintained
Telegraph picture

The iPhone 12 could have flown higher had it...