“Every time we add a new emoji, there’s a risk it could exclude people without our consciously knowing it” 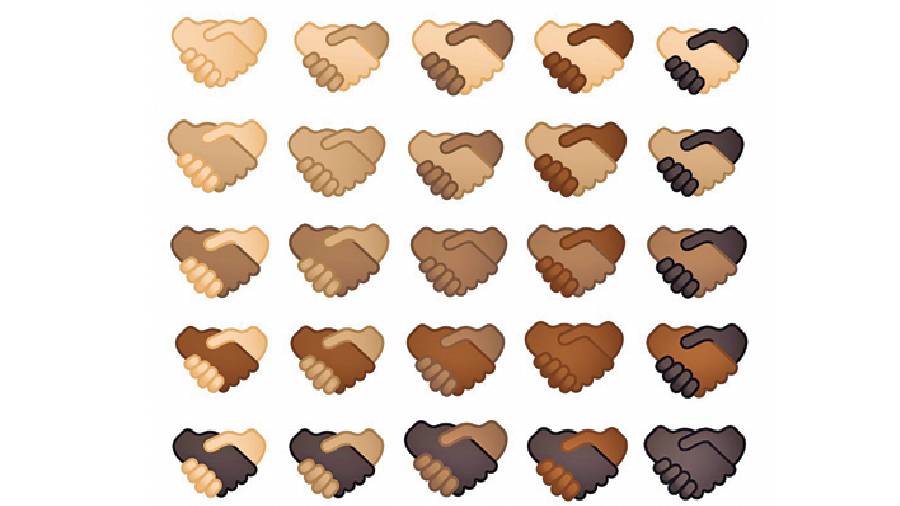 Soldiering on through the pandemic, we have bid farewell to the handshake… yup, remember the pre-Covid era social etiquette?! That shouldn’t stop us from the doing the same online where the handshake is about to become more inclusive.

What we now have are quite a few multi-skin-tone emojis, like the thumbs up, and many of them have been available in five different skin tones since 2015. However, the handshake has remained a simple handshake. It’s about to change.

When the Unicode Consortium rolls out Emoji 14.0 sometime next year, there will be a new handshake character in which the user can modify the skin tone of both the left and right hands, allowing 25 different combinations. Though it seems easy to implement, the task is a programmer’s nightmare.

Last year, Emojipedia founder Jeremy Burge spoke about how an emoji gets developed and how it takes as much as two years to do so. With the handshake, there are two people but there is a limitation in its modifier coding. It was something Google’s creative director for emoji Jennifer Daniel to tackle when she joined the Unicode Technical Committee.

Google, in a blog post, has said that Daniel had submitted the paperwork for Unicode to consider the addition of the multi-skin toned handshake. “The proposal detailed how to create 25 possible combinations of different skin tones shaking hands. But encoding it all would be time-consuming; creating a new emoji can take up to two years,” Daniel has said. This particular addition would require making two new emoji hands (a right hand in all the various skin tone shades and a left in the various skin tone shades) to “make the ‘old’ handshake new again”.

“Every time we add a new emoji, there’s a risk it could exclude people without our consciously knowing it. The best we can do is ensure emoji continue to be as broad, flexible and fluid as possible. Just like language. Just like you,” she said.