Advertisement
Home / Science-tech / Galaxy S20 FE: who is it for?

This smartphone checks all the boxes with drive, flair and functionality 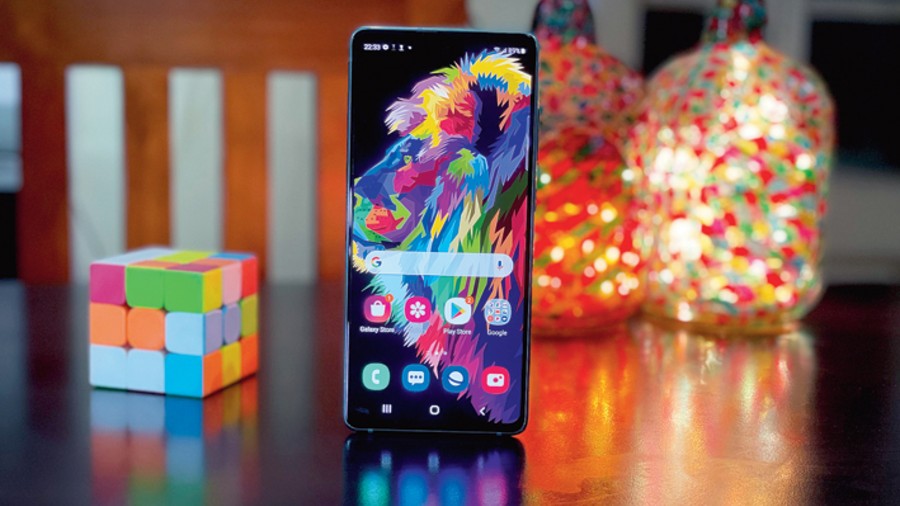 The Beatles box set. Oh man! Imagine laying your hands on all the albums by the Fab Four, remastered, complete with booklets and coming in a specially-designed box. For fans, cost is secondary.

Fan editions get a different treatment in the tech world. Consider this: A phone with all the bells and whistles from Brand X hits the market. It’s the fans who are most likely to buy this phone even if it doesn’t have the FE tag. And then appears the FE edition of the phone, which has a couple of nothing-earth-shattering specs missing. It’s the “non-fans” who are most likely to pick up the FE edition.

When it comes to new flagship smartphones with top features, fans buy it first and then after a couple of months when prices drop and all reviews are out, “others” eye it. Meanwhile, FE editions work the other way around.

This brings us to Samsung Galaxy S20 FE 5G, which is here and with a Snapdragon 865 processor instead of the earlier release (which was 4G) with an Exynos processor. The release comes at a time when OnePlus has released its new series and Vivo is doing brisk business with its latest flagship. Say you’ve marked 48K in your budget to buy a flagship-grade phone which will last you a few years, meaning it should have enough power and camera chops to see you through. What do you end up buying?

By now, anyone planning to buy the OnePlus 9 or Vivo V60 knows what inside and is probably giving all the options a final dekko. Bang! Samsung delivers its best “almost-flagship” phone.

Sticking to a combination of main, ultra-wide and telephoto is the most sensible thing to do. No gimmicks here. The big cameras are 12MP while the telephoto is 8MP. You will find more megapixels on most rival cameras. Don’t base your purchasing decision on megapixels, which alone mean nothing. Consider elements like colour accuracy, exposure, dynamic range, contrast and so on. There is a reason why the latest iPhones stick to 12MP cameras, which is a topic for another day. Samsung could have easily thrown in a 108MP camera, which it has in its arsenal but 12MP can get you a picture that can be better than those resulting from an astounding number of megapixels.

First, on the Galaxy S20 FE, the software algorithm driving the camera gets everything spot on. The HDR processing on Samsung is among the best and unlike competition, it doesn’t kill the details in the shadows. 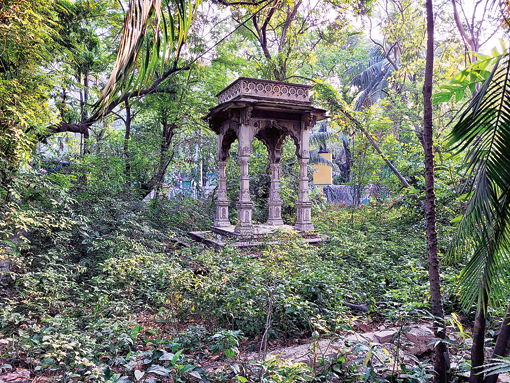 Using Samsung Galaxy S20 FE 5G, the different shades of green enveloping the neglected Panioty Fountain are captured easily (top) and so is the beauty of Rabindra Sarobar early morning
The Telegraph 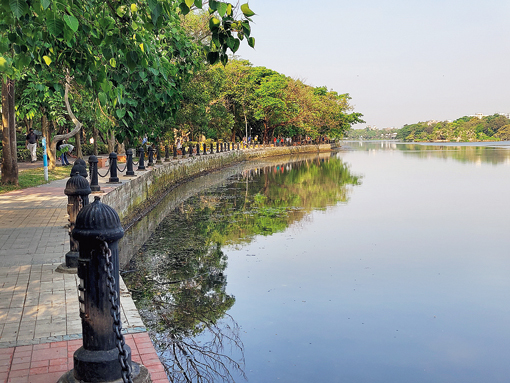 What you get using the main camera is an image that’s not over-sharpened and has slightly punchy colours, which play the Instagram game well. While OnePlus has worked with Hasselblad to achieve its ‘colour science’, Samsung has done everything in-house, which also means chances of software and hardware working in sync is greater. In short, vibrancy belongs to Samsung, a natural colour scheme is more evident on OnePlus. It depends on what you want to portray on social media.

Where Samsung knocks it out of the park is with the 3X telephoto lens. Once you get hooked to the telephoto lens, it will be difficult to use a phone without one. The amount of sharpness matches the experience on the Galaxy S21 phones. Also, the telephoto lens works with the night mode, more the reason for getting this phone.

Moving to the ultra-wide mode, there is zero colour shifting while delivering a good level of consistency. Under bright sunshine, pictures look stunning while under uneven lightning pictures retain enough depth and there is a low degree of noise.

The other advantage Samsung enjoys is OIS or optical image stabilisation, which makes videos appear super-steady. While 4K@60fps videos taken on the main camera shine, the ultra-wide could have done with the same setting but it’s restricted to 4K@30fps.

Overall, if you capture a moment with the S20 FE, chances of having to do retakes is low. A very dependable camera that Samsung has, over the years, managed to tune well. And needless to say, Samsung always offers the best display, which in this case is a 6.5-inch super AMOLED with 120Hz refresh rate.

Performance is better with the Snapdragon 865 processor over Exynos, especially in the thermal department. Though the Snapdragon processor that’s doing the rounds of the current lot of top-end flagship devices is Snapdragon 888. Frankly, 865 is perfect for all activities. What you get with 888 is higher benchmarks but these don’t really make a big difference in day-to-day experiences. With SD865 you will be able to go through three years without worrying.

Neither am I surprised by the matte plastic rear with an aluminium frame. It looks amazing, feels great and stays smudge-free. With Snapdragon, one also gets good battery life. I easily got six to seven hours of screen time, which is what you get on most flagship phones. To take the battery from zero to full, you will need around 75 minutes with a 25W fast-charger but what you get inside the box is a 15W brick, which is something the company could have worked around. There is support for fast wireless charging as well as wireless powershare.

If the Galaxy S20 FE 5G rocks then should Samsung focus less on more premium phones like the S21 Ultra? Not at all. Users want to see how features meant for a brand’s best phones play out in different price categories. Telephoto lens, wireless charging, optical image stabilisation, a well-thought out upgrade cycle (out of the box you get Android 11 with OneUI 3.0; plus, a promise of three generations of Android version updates and four years of security patches), great audio, dazzling display, good design and build… together, these pack quite a punch. But the name! Perhaps it could have been something other than ‘S20’, which is very, uh, 2020. Anyway, Samsung Galaxy S20 FE checks all the boxes with drive, flair and functionality.

• There is optical image stablisation