Advertisement
Home / Science-tech / Future is here: The weirdest and most interesting tech at CES 2022

Future is here: The weirdest and most interesting tech at CES 2022 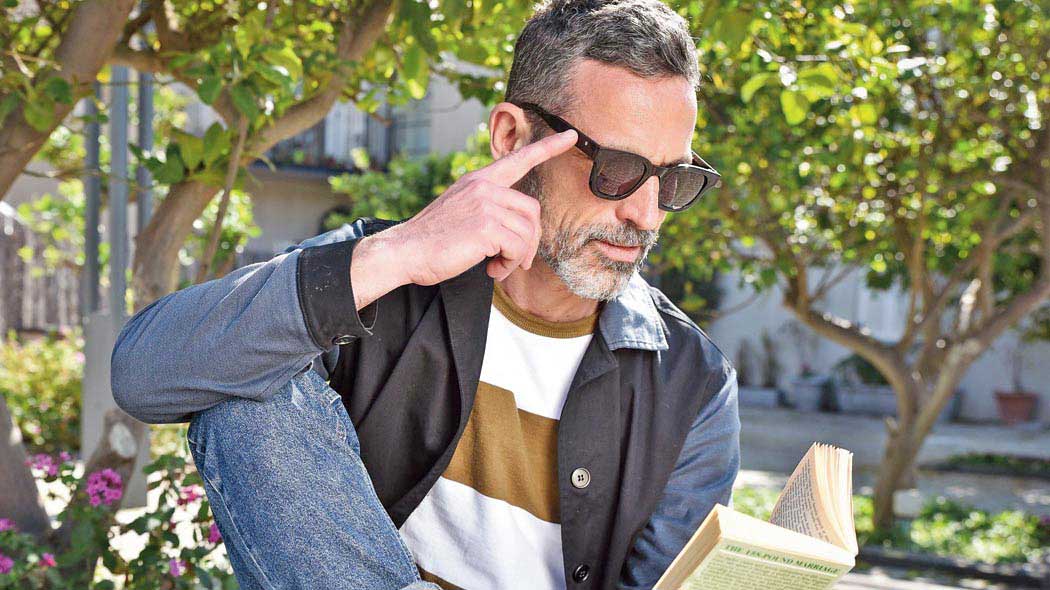 DeepOptics 32ºN reading sunglasses
On a sunny day what do you do — carry both sunglasses and reading glasses? DeepOptics 32ºN glasses can switch between sunglasses and different reading-glasses presets with a swipe on the temple. Named for the latitude of its maker’s hometown of Tel Aviv, it enables a few different reading prescriptions with a single pair of glasses, allowing the users to seamlessly switch between “reading mode” for near vision and “scenic mode” for far distances.

Movano Ring
This smart ring has been designed with women in mind (and rival Oura) and it provides metrics such as heart-rate variability and body temperature. Movano wants to use metrics to explain how exercise, or a lack of exercise, affects your sleep. According to reports, the company is aspiring for the ring to also monitor glucose and blood pressure, and is conducting clinical trials of its radio frequency technology that would help collect that medical data.

Samsung Freestyle Projector
Video projector, smart speaker and versatile lighting system, all packed into one. The 1.83-pound LED projector can rotate 180 degrees to turn anything into a display, from your floor to your walls and ceiling. An optional accessory lets you screw it into a standard lightbulb socket then project an image — up to 100 inches in diagonal — on anything. Rated for 550 lumens, it’s best for very dark rooms. Open for preorders in the US, we hope the projector comes to India and soon.

Wisear mind-controlled earbuds
Touch and button controls are so 2021. French start-up Wisear has come up with a “neural interface” that can let you do things like play music or answer calls without having to physically move. Tiny electrodes in the buds record your brain and facial activity, and the signals are converted into controls by AI. The technology will be embedded in the company’s earbuds and who knows, it may even become a part of AR and VR headsets and other devices you want to operate hands-free.

Sony PlayStation VR2 and VR2 Sense controller
Sony is yet to show the headset itself but we know that PS VR2 will work with the PS5 and Sony also detailed the controllers. The headset supports haptic feedback, eye tracking, 4K HDR, 90/120Hz frame rates, foveated rendering, and a field of view of 110 degrees, and it connects to the PS5 with a single USB-C cable. With eye tracking, PS VR2 detects the motion of your eyes, so a simple look in a specific direction can create an additional input for the game character.

Noveto N1 Invisible Headphones
It’s a headphone but one that stays on the table. Looking somewhat like a mini soundbar, Noveto N1 uses beam-forming technology to create a binaural audio experience but the audio can only be heard by the user. This means you don’t have to wear bulky headsets during video calls or while listening to music. And people in the room will only hear a “whisper of sound”. When you move or turn your head, motion sensors the N1 to track your ears and ensure the sound hits the right spot.

TCL NxtWear Air
An improvement over last year in terms of weight, style and functionality, TCL NxtWear Air comes with two 1080p Micro OLEDs embedded in a pair of glass frames that give the wearer the effect of viewing a 140-inch screen from four metres away. A 47 pixels-per-degree resolution means the device can deliver a cinema-like level of clarity too, and with dual speakers, it plays back stereo audio for spatial effects. For more private viewing, you can connect your own wired or wireless headphones.

Asus Zenbook 17 Fold
Foldable phones are selling well and chances are it will become less expensive this year. But foldable laptops? It may no longer remain conceptual, thanks to Asus Zenbook 17 Fold, which the company calls “the world’s first 17.3-inch foldable OLED laptop”. This 2560x1920, 4:3 aspect ratio touchscreen can be propped up behind a bluetooth keyboard for something that feels like a 17-inch all-in-one desktop. Or, simply fold in half and make it become a 12.5-inch clamshell laptop with an on-screen keyboard on its lower half. Though Lenovo had shown a smaller foldable laptop two years ago, this is one is far bigger. The machine is powered by 12th-gen Intel processors and have 16GB RAM and 1TB of SSD storage, along with Wi-Fi 6 and a 75Wh battery.

Cambridge Audio Alva TT V2 Wireless Turntable
The Alva TT V2 retains the original Alva TT’s direct-drive system with a heavy aluminum top plate, polyoxymethylene (POM) platter and pre-installed moving-coil cartridge, while featuring a new tonearm with a detachable headshell and a switchable phono stage for those who prefer to use an outboard preamp. One of the changes from the original Alva TT is that you can now turn the Bluetooth transmitter off, offering even more choice and convenience for listeners as well as a shortened signal path — which in turn means better sound and more energy efficiency.

Technics EAH-A800
It’s tough to beat the Sony WH-1000XM4, but Technics is giving it a shot with its EAH-A800. Featuring 40mm drivers with a multi-layer diaphragm in an acoustic control chamber, the EAH-A800 promises to deliver precise bass. The EAH-A800 supports LDAC for higher quality audio over Bluetooth, in addition to the typical AAC standard. And there are claims of a whopping 50 hours of use on a charge.

L’Oréal Colorsonic
L’Oréal SA’s newest product wants to make it easier to dye your hair at home. The handheld Colorsonic can mix and apply product evenly, according to the company. Users simply brush the Colorsonic over their hair like they would any comb, and the dye is deposited onto their tresses, which is later rinsed out. Any remaining dye can be saved for future touch-ups.

These are thin LCD displays that have the feel of paper and come in packs of three, each measuring four-by-four inches or four-by-six inches, and are paired with an included VersaPen stylus. Jot down notes or ideas and erase the surface with the tap of a magnet when you’re done.