From studies of “geometric frustration”, scientists learn how paper folds under pressure 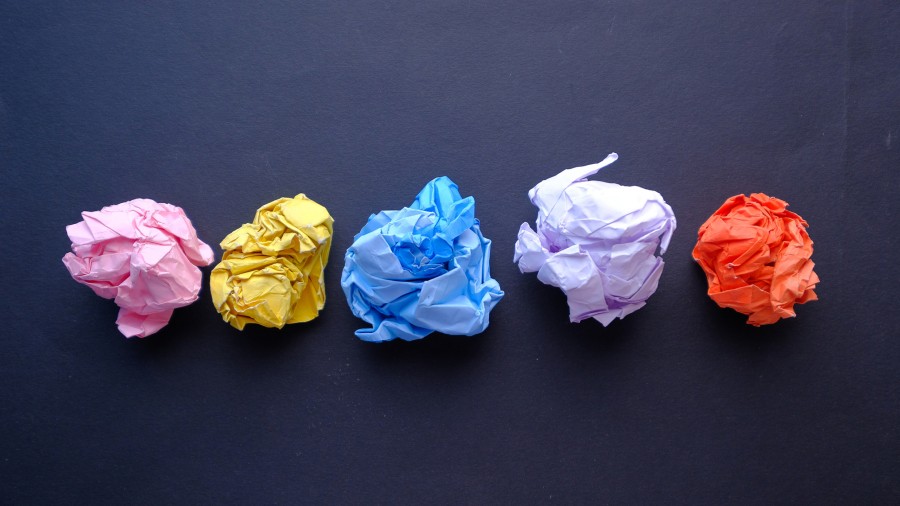 The sheet is stressed, so something needs to happen to relieve that stress
The Telegraph
Siobhan Roberts   |   Published 15.03.21, 12:23 AM

A piece of crumpled paper, in all of its creased fragmentations, suffers from “geometric frustration”. Who among us can’t sympathise?

In a sense, creases happen when a thin sheet of material gets claustrophobia. “New creases form if a sheet doesn’t comfortably fit into its confined area,” said Jovana Andrejevic, a PhD student in applied physics at Harvard, US, and the lead author of a paper detailing the latest advances in paper crumpling.

“The sheet is stressed, so something needs to happen to relieve that stress,” Andrejevic said. She was speaking from her childhood home outside Chicago, where she is living temporarily with her parents and twin sister Nina, who is pursuing a PhD in materials science at the Massachusetts Institute of Technology, US. “The formation of a crease is how the stress is relieved,” Andrejevic said. “The role of the creases is effectively to protect as much of the sheet as possible from further damage.”

Those protected areas — the “facets” — and how they break into smaller and smaller fragments when recrumpled are the focus of the new study. Published in Nature Communications, the investigation builds on a 2018 study by some of the same researchers. The earlier study showed how paper crumpling — a seemingly random, disordered and complex process — displays a surprising amount of mathematical order. This result represented “a remarkable reduction in complexity”, the researchers noted in their 2018 paper.

Crumpled paper is a proxy for much more than our pandemic angst. Similar dynamics are at play, for instance, in the wrinkling of graphene sheets for high-performance batteries; the flexibility of wearable electronic devices and artificial skin, and the folding of Earth’s crust.

The 2018 study showed that the cumulative total length of all creases — the “mileage” — on a crumpled sheet served as a predictor of how the sheet would behave when crumpled again and again.

Although the researchers crumpled a sheet as many as 70 times, after a few cycles it was difficult to see any difference, from one crumple to the next. But by tracking and analysing the mileage, they noticed that a sheet never stopped forming creases, although it did so at a logarithmic rate, adding fewer creases with each recrumpling.

Perhaps the most unexpected aspect of the original finding was the element of “universality”, according to Chris Rycroft, an applied mathematician and principal investigator on both papers. Two separate sheets, crumpled the same way, develop visually distinct crease patterns but rack up comparable overall mileage. “It’s very surprising the mileage is largely independent of the crease pattern,” he said.

But what was the why — the physics — behind this property? “At the time, everyone was mystified by this finding,” Rycroft said. The new study “solves this conundrum and explains why”.

Creases can be messy and irregular, making the contours they define tricky to isolate and identify
The Telegraph Picture

The team initially tried to tease out more information from the creases. Did creases tend to align with one another? Was there a correlation between the orientation of creases and the direction along which a sheet was crumpled? This line of investigation didn’t yield much insight.

Instead, they focused on the facets — the areas outlined by the creases. This approach seemed unlikely to succeed; it was simply too hard. Creases can be messy and irregular, making the contours they define tricky to isolate and identify. In turn, the noisy data made it  difficult for automated methods to accurately catalog the facets.

Andrejevic solved this problem, Rycroft said, “in spectacular style, by tracing the facets all out by hand”. Shmuel Rubinstein, also a principal investigator, now based at the Hebrew University of Jerusalem, Israel, said it was “a herculean effort, really, requiring a ton of work, and a ton of conviction”.

On average, the sheets of elastoplastic Mylar (about 4x4 inches square) possessed 880 facets; one specimen contained 3,810. Andrejevic used her tablet, Adobe Illustrator and Photoshop to wrangle the contours of the creases. She hand-traced crease patterns for 24 scanned sheets, 21,110 facets in total.

In the summer of 2019, Andrejevic and Rycroft developed the facet analysis into a theory while visiting the Lawrence Berkeley National Laboratory in Berkeley, California, where Rycroft holds a visiting position. During hikes on the weekend, they found inspiration in the natural world, looking at eroding rockslides and pebbled beaches.

Around the same time Andrejevic delved into the scientific literature on fragmentation theory, which explores the physical principles explaining how materials (rock, glass, volcanic debris, meteorites) break into smaller and smaller pieces. The theory provides a way of characterising the resulting fragments. For example, as fragmentation progresses, materials — regardless of their starting point — quickly tend toward a predictable “steady-state” distribution of fragment sizes.

Andrejevic and her collaborators wondered whether the evolution of crumpling paper could be described by the same principles and statistical trends.

After hand-tracing the facets of the scanned sheets on her tablet, Andrejevic coloured each segment by area, and then sorted them by size. A familiar order-amid-disorder emerged. Comparing one sheet to the next, she noticed that, despite their differing crease patterns, the size distributions of facets were similar. Furthermore, the size distribution of facets fit perfectly with the predictions of fragmentation theory.

This provided a theoretical underpinning for the behaviour seen in the experimental study from 2018. “We were very excited about this result because it supports the idea that there is some universality across diverse disordered systems,” Andrejevic said.

However, one piece of the puzzle was still missing: an explanation of the physical dynamics.

“We found our answer by incorporating some geometry,” Andrejevic said. Given a sheet’s crease pattern after, say, nine crumples, and given the geometry of its confinement when crumpled again, the researchers could predict how much new damage would occur during the 10th crumple — that is, what the sheet would look like after enduring yet another round of “geometric frustration”.