Advertisement
Home / Science-tech / Can Mars be colonised in the near future?

Can Mars be colonised in the near future? 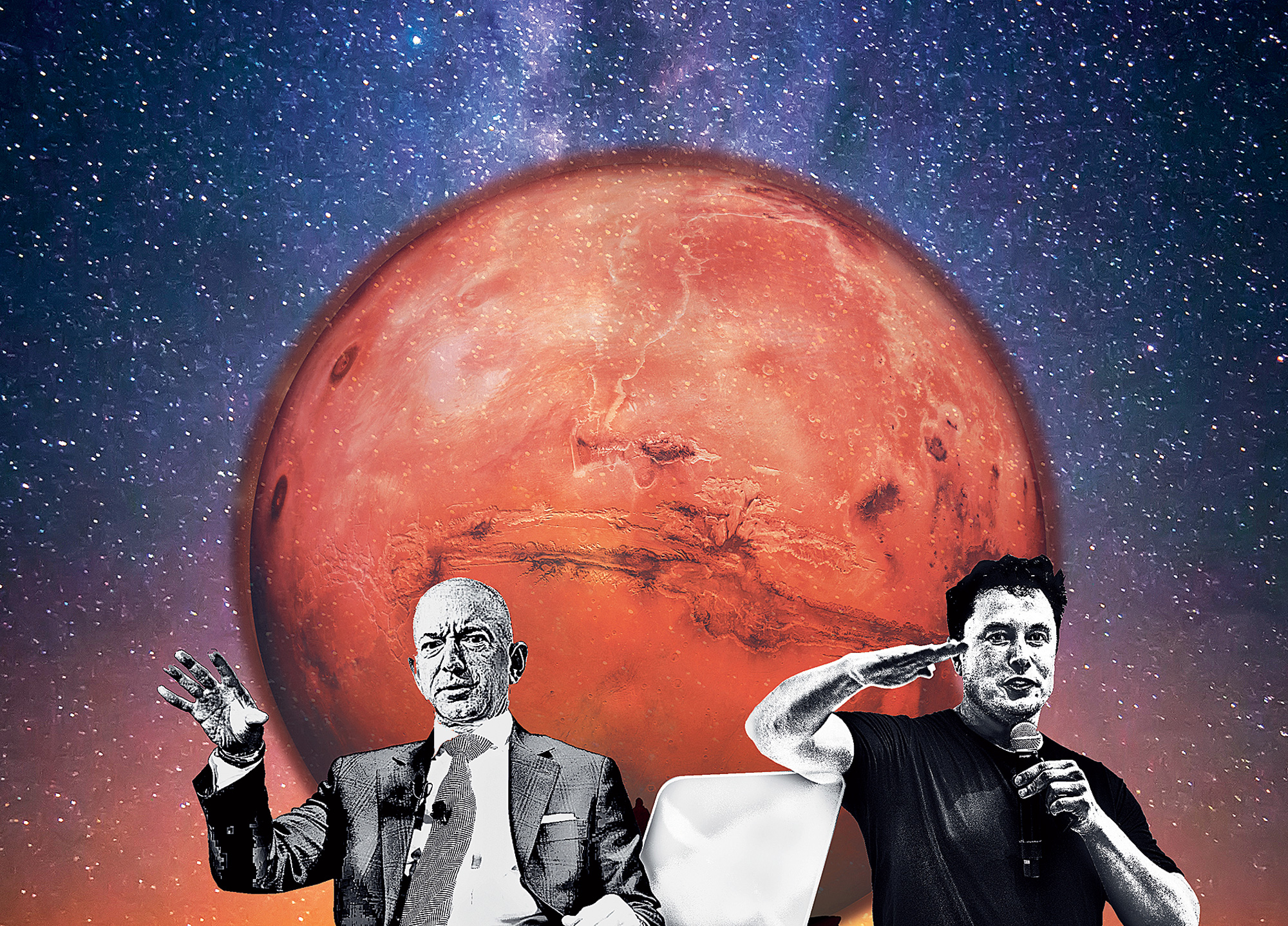 Aaah... soaking up the Sun with my solar panels. After a long flight, and a thrilling landing, it feels great to get a good stretch and recharge my batteries. It’s just what I’ll need to really start getting in tune with this planet,” reads Tweet 1. And then, “There’s a quiet beauty here. Looking forward to exploring my new home.”

These two tweets from @NasaInSight — the official handle of Nasa’s InSight mission to study Mars’ interior — read almost like messages from a human explorer on the Red Planet. The tweets were posted along with snapshots clicked by InSight soon after it landed on November 26 on the planet next door. The spacecraft’s mission is to probe whether the planet could be made habitable for humans in the future.

The day before InSight landed, Elon Musk, billionaire founder of private space exploration company SpaceX, expressed confidence that he, too, would one day travel to the Red Planet. On the Axios channel, he said, “We’ve [SpaceX] recently made a number of breakthroughs that I am just really fired up about. I’m talking about moving there.” He speculated that humans could take a flight to Mars in another seven years — with tickets costing “around a couple of hundred thousand dollars” — on, he warned, a “one-way” journey. “Once you land successfully, you’ll be working nonstop to build the base…it’s a very harsh environment. There’s a good chance you die there.”

Musk, serial entrepreneur, innovator and visionary, famously founded SpaceX because he was frustrated by the amount of time Nasa was taking to fly a human mission to Mars, forget about building a settlement there. His obsession to build a Martian colony got fast-tracked when experts warned that climate change could lead to a catastrophe on this planet far quicker, and bigger, than feared, making Earth inhabitable.

While Musk wishes to escape the Blue Planet, tech billionaire and entrepreneur Jeff Bezos, founder of Amazon.com, is worried Earth will soon exhaust its resources. He told Wired magazine in a recent interview, “Earth is destined to run out of resources...Humans need a Plan B.” Bezos’s Blue Origin is building New Glenn, a large re-usable rocket, to fly satellites beyond Earth’s orbit and humans into space and to the Moon and Mars. The team behind the spaceship hopes it will lay the foundation for a new type of economic activity in space.

Meanwhile at SpaceX, Musk’s vision is more focused — sending humans to Mars in his lifetime. This September, the SpaceX CEO laid out his blueprint for a colony on Mars, which, Musk says, would be feasible within a decade. He imagines hundreds of spaceships leaving Earth every few years, transporting a million people when the two planets come closest to each other.

Apart from Musk and Bezos, billionaires such as Richard Branson, Paul Allen, Yuri Milner and Robert Bigelow too have outlined their ambitious ventures to explore deep space and far-off planets.

But how realistic is the vision of colonising Mars? The temperature on the surface of Mars ranges from about 0°C during the day to nearly minus 120°C at night, its gravity is one-third the gravity on Earth and its thin atmosphere, mostly made up of carbon dioxide, cannot deflect harmful radiation from space. Transforming the inhospitable Martian environment into a place astronauts could explore without life support is not possible without technology well beyond today’s capabilities.

Recent Mars exploration, however, has proven that there is a lot of water on Mars and once there was flowing water on the surface. Now, most of it is mixed with Martian soil, or regolith. Besides, there’s frozen ice on the surface of the planet, at the poles and some water in its air. Stephen Petranek, author of How We’ll Live On Mars, has detailed several methods future colonists could employ to amass a drinking water supply. Some of these processes have been demonstrated by Nasa scientists and showcased in the 2015 Hollywood movie, The Martian.

In the Nasa Innovative Advanced Concepts (NIAC) Program, scientists are busy working in “Mars room”, a test chamber capable of simulating the Red Planet’s atmospheric pressure, day-night temperature changes and solar radiation that cascades on to the planet’s surface. They are testing the viability of using organisms, such as bacteria and algae to churn out oxygen using the Martian regolith. Growing potatoes and other food on Mars is also not just a sci-fi curiosity, said a recent Nasa-backed experiment in Peru. In the movie, The Martian, a fictional botanist-turned-astronaut stranded on the Red Planet was shown surviving by fertilising Martian soil with his faeces and planting cuttings of potatoes in the soil. This eventually grows him enough food to last 560 days before he is rescued.

When Nasa has so much technological knowhow on Mars, why hasn’t it embarked on building a colony on the Red Planet? Alok Chatterjee, project engineer at Nasa’s Jet Propulsion Laboratory in Pasadena, US, tells The Telegraph, “Nasa has the technology but does not have the money and mandate to colonise Mars in the near future. Private industry is vying for this but they have to depend on the technology pioneered by Nasa over the years.”

According to him, it will take an act of Congress — on the lines of the Apollo Moon programme in the 1960s — for Nasa to undertake such an endeavour. He adds, “Private industry is interested as they see future profit and possibilities of branding... Elon and Jeff are very successful entrepreneurs and also bold visionaries.” Chatterjee believes that when Mars is eventually colonised, it will be a multi-nation endeavour due to its huge cost and geopolitical considerations. “India also qualifies as a partner in this due to its superb space research record,” he adds.

Meanwhile, one of the latest tweets from @NasaInSight: To the people who got me here, and all the fans who have cheered me on, this one’s [a picture of Mars terrain] for you! Now let’s catch our breath before the deep science begins.

But it does have water vapour and ice. There are ways to harvest water from them.