Calcium may help you fight addictions as well as neurodegenerative disorders, writes T.V. Jayan . At least that is what a recent study of fruit flies found 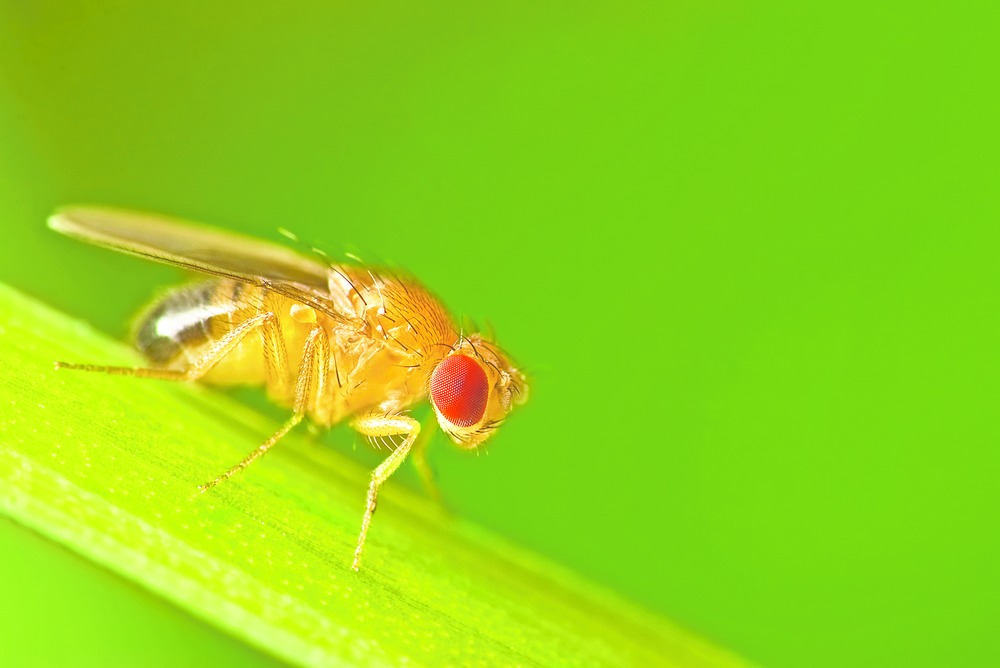 Did you know that one of the reasons for addiction to alcohol or cigarettes is the absence of adequate amounts of a chemical called dopamine in the brain? Insufficient levels of dopamine production in nerve cells are also associated with tremors and motor impairment in Parkinson's patients, while altered dopamine activity is seen in those suffering from schizophrenia. Now researchers in a Bangalore lab have found that calcium - a mineral found in food items such as milk and broccoli - can help maintain levels of dopamine, a key neurotransmitter.

The study, lead by Gaiti Hasan and her colleagues at the National Centre for Biological Sciences (NCBS), Bangalore, shows that calcium ions play a critical role in producing dopamine in a normal brain. The results of the study are being presented at an annual meeting of the Society for Neuroscience in Chicago today.

For the study, results of which were also recently published in the Journal of Neuroscience, the Bangalore scientists used Drosophila, or common fruit fly. Hasan and her colleagues removed the pathway for calcium ions to enter nerve cells, expecting it to impair the function of these nerve cells and eventually lead to their death.

Cells need calcium ions for a lot of different functions including gene expression, the process by which genes produce proteins.

The scientists found that flies whose nerve cells could not get calcium, never learnt to fly. This is because in the absence of calcium ions dopamine production mechanism in the nerve cells was hampered. Scientists already knew that dopamine-producing neurons are key to developing the flight mechanism in fruit flies. But, this is one of the first studies to demonstrate the actual role played by dopamine neurons in drosophila flight.

"We discovered that the Soce process was affecting the level of enzymes required for synthesising dopamine. The bigger surprise was that this phenomenon was occurring at the level of gene expression," says Trayambak Pathak, who is the first author of the paper. Soce is a process by which calcium ions slowly enter cells to refill calcium stores that have been depleted by various activities.

"This is important information because it is shows that calcium entering cells via the so called Soce mechanism is used for the regulation of gene expression, not just to refill endoplasmic reticulum (the storehouse of calcium inside the cell) with calcium," says Jacek Kuznicki of the International Institute of Molecular and Cell Biology in Warsaw, who has studied the role of calcium in the cell extensively.

If the NCBS scientists can establish that a similar mechanism exists in human nerve cells - and experiments are currently going on - it may open new avenues in the not-too-distant-future for slowing or even preventing the onset of many neurodegenerative diseases.

"Calcium is normally present in only exceedingly small quantities in cells and has to be brought into cells for this ion to mediate gene expression," says Murali Prakriya, an associate professor at the Northwestern University in the US who has been studying the role of calcium in the various cellular processes for the last 25 years.

"There is still so much more to understand in these processes. Our work has opened up a plethora of questions about the importance of Soce in nerve cells. It may even provide us with new pathways to explore for treatments of conditions such as Parkinson's disease," says Hasan.

An unrelated study by Swedish researchers last week also showed that if normal dopamine levels are maintained, the craving for alcohol could be substantially reduced. Alcohol makes the brain's reward system release more dopamine than normal, triggering a feeling of well-being. But as more alcohol is drunk, the reward system is de-sensitised and less dopamine is released. So to release the necessary amount of dopamine to feel good, a person will have to increase his or her intake of alcohol. Thus, addiction sets in. This is true of smokers too.

Maintaining sufficient amounts of dopamine in the brain may help kill the craving and thus help addicts recover from addiction.

The NCBS study also reveals the basic mechanisms by which gene expression is controlled in flight neurons in flies. It is highly likely that similar mechanisms operate in human neurons to control the development of locomotion and motor functions, explains Prakriya.

"The more interesting possibility is that perhaps we can manipulate the behaviour of neurons or their precursors (stem cells) by controlling calcium signalling for some type of desired effect, for example, to enhance the recovery of the brain following an injury, or to prevent or slow neurodegenerative diseases," says Prakriya.