Fresh insights into acute illness that can kill fast if untreated 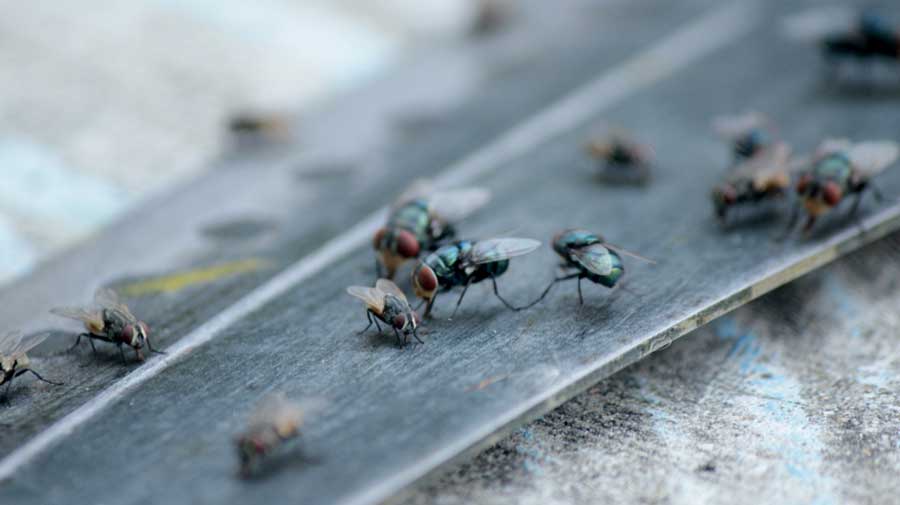 The researchers have found that nine species of chironomids — small flies that look somewhat like mosquitoes but do not bite — in India and Israel harbour Vibrio cholera 01, a group that produces the cholera toxin and serious disease.
Shutterstock
G.S. Mudur   |   New Delhi   |   Published 25.12.20, 12:52 AM

Indian and Israeli scientists have identified tiny aquatic flies called chironomids as the natural reservoirs of disease-causing cholera bacteria with pandemic potential, adding fresh insights into this acute illness that can kill within hours if untreated.

The researchers have found that nine species of chironomids — small flies that look somewhat like mosquitoes but do not bite — in India and Israel harbour Vibrio cholera 01, a group that produces the cholera toxin and serious disease.

Their studies have also suggested that two chironomid species in India also carry Vibrio cholera 0139. Among several known Vibrio cholera groups, only 01 and 0139 cause outbreaks and
one in 10 persons infected by either 01 or 0139 can experience severe life-threatening illness.

The scientists at the University of Haifa and the University of Pune have proposed annual population studies of these chironomids in Bengal’s Ganges delta region widely viewed as the source of multiple cholera pandemics since the 19th century.

Cholera epidemics in the Bengal delta region have traditionally shown a pattern of biannual peaks — between March and May and between September and November. But the mechanisms driving these peaks have remained largely unknown.

“Population surveys of chironomids in the Bengal delta twice every year could tell us whether the epidemic peaks coincide with an increase in the population of these insects,” said Malka Halpern, professor of environmental microbiology at the University of Haifa, who led the research.

Her collaborator Bimalendu Nath, a senior zoologist and emeritus professor at the Savitribai Phule Pune University, said the hope is that health authorities could use periodic surveys of chironomid populations to predict cholera outbreaks.

A paper describing their findings was published in the journal PLOS Tropical Neglected Diseases on Wednesday.

Scientists have known for over three decades that tiny aquatic creatures called zooplankton and phytoplankton serve as natural reservoirs of cholera bacteria. Two years ago, scientists at the Swiss Federal Institute of Technology Lausanne deciphered some of the mechanisms through which cholera bacteria colonise aquatic amoebas.

Halpern and her colleagues had nearly two decades ago established the presence of cholera bacteria in chironomids but, she said, those bacteria were not disease-causing cholera.

“Our new studies from India and Israel for the first time show disease-causing cholera in chironomids,” she said.

The India-Israel research group picked up water samples from two rivers in India — the Mula river and the Mutha river, both in Pune city — and a lake in northern Israel. A yearly survey in Israel has already shown that chironomid population peaks coincide with an increase in cholera.

“The long-term goal is better understanding and better control over cholera epidemics,” Halpern said. Although cholera is treated with antibiotics, studies estimate that up to 4 million people are infected by cholera and the disease kills 21,000 to 143,000 people every year.