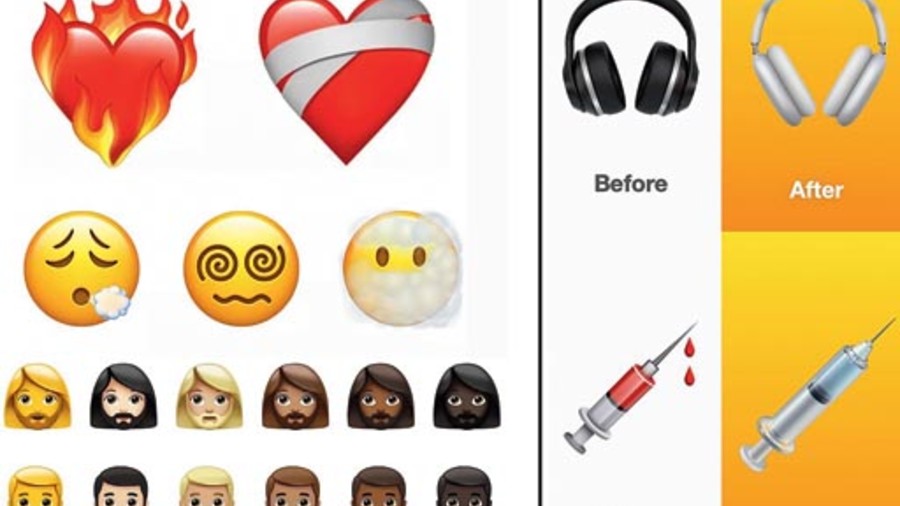 New emoji characters… who doesn’t like them? More than 200 such new characters will arrive on iPhones with the release of the next OS upgrade — iOS 14.5, which is expected to arrive in the next few weeks — and it will include a vaccine-ready syringe and a flaming heart.

The character that’s in the spotlight is how Apple is changing its syringe emoji to remove the dripping blood since it is now being widely used to talk about Covid-19 vaccine. The new version shows an empty needle. “This makes the emoji more versatile when used to describe Covid-19 vaccination,” explains Emojipedia, a site that catalogues the icons. Earlier, the syringe was associated with blood donation but by December 2020, the icon had become associated with words such as ‘vaccine’ and ‘Covid-19’.

The changes has been collated from beta versions by Jeremy Burge, the founder and ‘Chief Emoji Officer’ of Emojipedia.

An interesting change that’s coming our way is the skin tone of couples in an emoji character. At the moment, ‘people holding hands’ has come with skin tone options. The same ability to mix and match skin tones is coming to other loved-up emoji.

Issues related to representation is also finding space through the adding of two gender options for the emoji previously described as “Person: Beard”. iPhone users will be able to select a man or woman with a beard while one skin tone option may remind one of 2014 Eurovision winner Conchita Wurst.

The update will also include a new take on smiley faces, including ‘exhaling face’, ‘face with spiral eyes’, and ‘face in clouds’. The heart emoji category will have two new options — ‘heart on fire’ and ‘mending heart’.

The full release of iOS 14.5 will also reportedly include additions like support for the new Xbox and PlayStation controllers and the ability to unlock your phone with your Apple Watch.