Advertisement
Home / Science-tech / Anybody out there?

The James Webb Space Telescope, the most powerful such instrument yet built, is ready to start spying on planets that orbit other stars 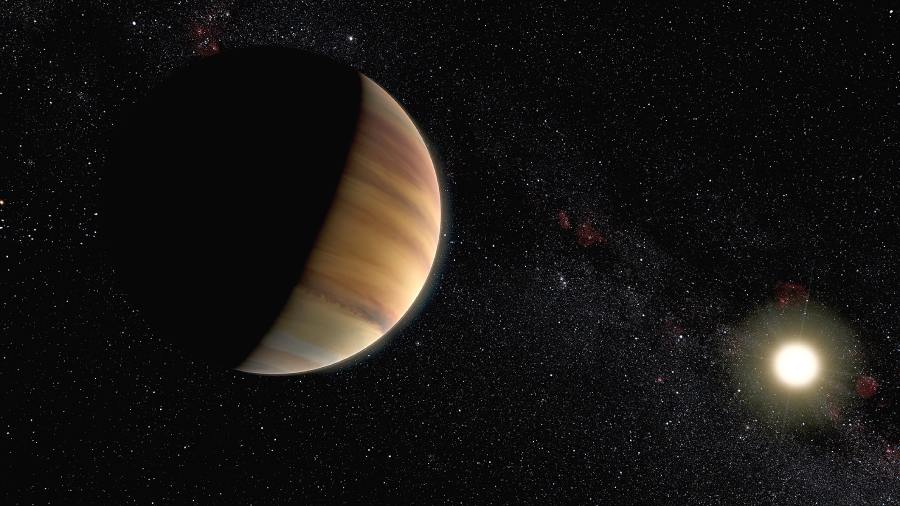 Astronomers hope that the James Webb Space Telescope will reveal whether some of the planets in other solar systems harbour atmospheres that might support life.

Identifying an atmosphere in another solar system would be remarkable enough. But there is even a chance — albeit tiny — that one of these atmospheres will offer what is known as a biosignature: a signal of life itself.

“I think we will be able to find planets that we think are interesting — you know, good possibilities for life,” said Megan Mansfield, an astronomer at the University of Arizona, US. “But we won’t necessarily be able to just identify life immediately.”

So far, Earth remains the only planet in the universe where life is known to exist. Scientists have been sending probes to Mars for almost 60 years and have not yet found Martians. But it is conceivable that life is hiding under the surface of the Red Planet or waiting to be discovered on a moon of Jupiter or Saturn. Some scientists have held out hope that even Venus, despite its scorching atmosphere of sulfur dioxide clouds, might be home to Venusians.

Even if Earth turns out to be the only planet harbouring life in our own solar system, many other solar systems in the universe hold socalled exoplanets.

In 1995, French astronomers spotted the first exoplanet orbiting a sunlike star. Known as 51 Pegasi b, the exoplanet turned out to be an unpromising home for life — a puffy gas giant bigger than Jupiter, and a toasty 1,800 degrees Fahrenheit.

In the years since scientists have found over 5,000 other exoplanets. Some of them are far more similar to Earth — roughly the same size, made of rock rather than gas and orbiting in a “Goldilocks zone” around their star, not so close as to get cooked but not so far as to be frozen.

Unfortunately, the relatively small size of these exoplanets has made them extremely difficult to study, until now. The James Webb Space Telescope, launched last Christmas, will change that, acting as a magnifying glass to let astronomers look more closely at these worlds.

Megan Mansfield of the University of Arizona, US, and a lead investigator in the study of exoplanets

Since its launch from Kourou, French Guiana, the telescope has travelled 1 million miles from Earth, entering its own orbit around the sun. There, a shield protects its 21- foot mirror from any heat or light from the sun or Earth. In this profound darkness, the telescope can detect faint, distant glimmers of light, including those that could reveal new details about faraway planets. The space telescope “is the first big space observatory to take the study of exoplanet atmospheres into account in its design”, Mansfield said.

Nasa engineers began taking pictures of an array of objects with the Webb telescope in mid-June and will release its first images to the public on July 12.

Exoplanets will be in that first batch of pictures, said Eric Smith, the programme’s lead scientist. Because the telescope will spend relatively little time observing the exoplanets, Smith considered those first images a “quick and dirty” look at the telescope’s power.

Those quick looks will be followed by a series of much longer observations, offering a much clearer picture of the exoplanets.

A number of teams of astronomers are planning to look at the seven planets that orbit a star called Trappist-1. Earlier observations have suggested that three of the planets occupy the habitable zone.

“It’s an ideal place to look for traces of life outside of the solar system,” said Olivia Lim, a graduate student at the University of Montreal, Canada, who will be observing the Trappist-1 planets.

Because Trappist-1 is a small, cool star, its habitable zone is closer to it than in our own solar system. As a result, its potentially habitable planets orbit at close range, taking just a few days to circle the star. Every time the planets pass in front of Trappist-1, scientists will be able to tackle a basic but crucial question: do any of them have an atmosphere?

“If it doesn’t have air, it’s not habitable, even if it’s in the habitable zone,” said Nikole Lewis, an astronomer at Cornell University, US.

Lewis and other astronomers would not be surprised to find no atmospheres surrounding Trappist-1’s planets. Even if the planets had developed atmospheres when they formed, the star might have blasted them away long ago with ultraviolet and X-ray radiation.

“It’s possible that they could just strip away all of the atmosphere on a planet before it even had a chance to start forming life,” Mansfield said. “That’s the first-order question that we’re trying to answer here: whether these planets could have an atmosphere long enough that they’d be able to develop life.”