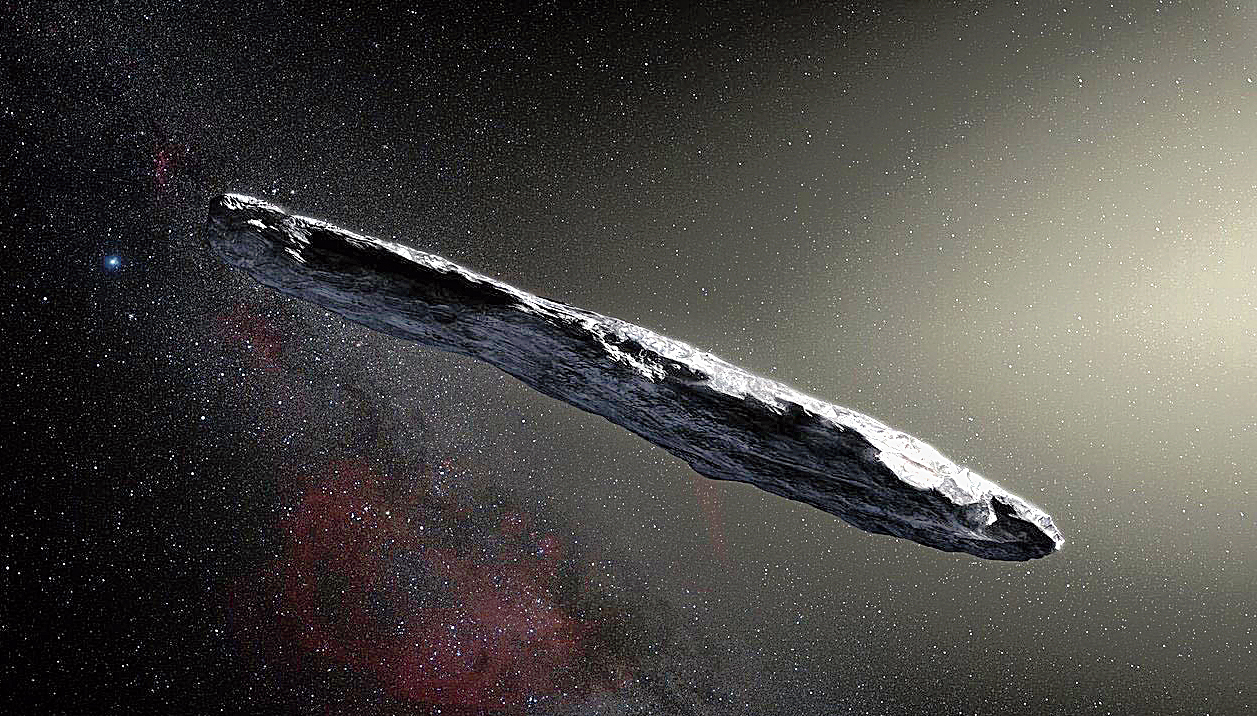 A mysterious cigar-shaped object that zipped through the solar system in 2017 could be explained through a “purely natural origin”, an international astronomers’ team said on Monday, challenging proposals by some astronomers that it may represent “alien technology”.

The 14-member team from five countries reviewed available data from observations of the object named Oumuamua made between September and November 2017 and said there is “no compelling evidence to favour an alien explanation for Oumuamua”.

The object’s unusual shape and trajectory — a dark-red hue and an elongated shape about 800m in length with an origin pointing to outside the solar system — had puzzled astronomers who could study it from October 22, 2017, only for a few weeks because its brightness dropped 100-fold within a month.

Two Harvard astronomers had last November proposed in a scientific paper the possibility that the objects’s non-gravitational acceleration could be due to a “light-sail”, a propulsion technology that uses the pressure of photons to move spacecraft.

“One possibility is that Oumuamua is a light-sail floating in interstellar space as debris from an advanced technological equipment,” Avi Loeb, a professor of astronomy and Shmuel Bialy a postdoctoral scholar at the Harvard Smithsonian Centre for Astrophysics wrote in their paper.

The 14-member team from France, Germany, Poland, the UK and the US analysed existing data and argued that Oumuamua’s features and trajectory — although surprising — could still be explained through natural phenomena. They have published their analysis in the journal Nature Astronomy.

“We have never seen anything like Oumuamua — it’s really a mystery still,” said Mathew Knight, associate research scientist at the University of Maryland in the US who led the new analysis in a university media release. “But our preference is to stick with analogs … the alien spacecraft hypothesis is a fun idea, but our analysis suggests there is a host of natural phenomena that could explain it.”

Knight and his colleagues said a straightforward explanation is that Oumuamua is a fragment of a tiny planetary body ejected from another star system. Computer simulations show that small fragments of planetesimials could be thrown out in unstable star systems.

They said Oumuamua’s trajectory is “consistent with predictions” for how detectable interstellar objects would move, but concede that certain features of the object such as its shape and state of rotation remain “open questions.”