A machine that mimics human sight 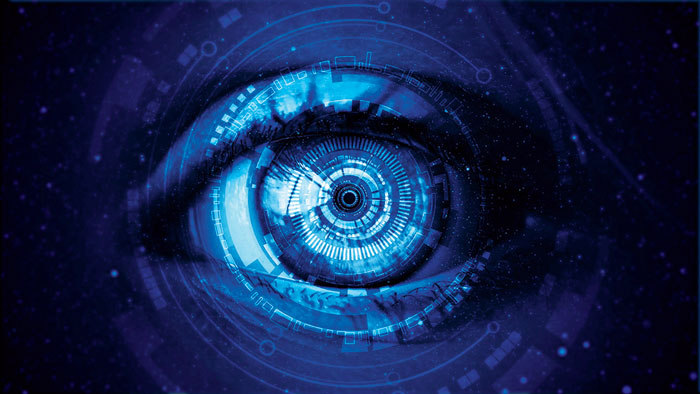 Recent breakthroughs in research, however, may just have made possible a machine that can “see”
iStock
Dr Sanjeet Bagcchi   |   Published 15.03.20, 10:51 AM

A camera can be compared to the human eye in the sense that both can capture an image. While the camera can only store the image, the nerve network and brain cells that help the human eye see can recognise as well as reconstruct it. The human brain has the power to memorise, recollect and think but even advanced machines cannot think for themselves. Recent breakthroughs in research, however, may just have made possible a machine that can “see”.

Led by a scientist who calls Calcutta home, researchers at the University of Central Florida (UCF), US, devised a minute gadget that exhibited the ability to recollect and recognise human faces in a way that mimics human brain cells. The study was published in the journal, Science Advances.

“We have developed a tiny device that mimics brain cells used for human vision; we assessed whether it is possible to design a robot that has the ability to think like a person,” says Basudev Pradhan, first author of the study. Pradhan, who hails from Calcutta and currently teaches at the Central University of Jharkhand in Ranchi, had worked in the lab of Jayan Thomas in the UCF on a Bhaskara Advanced Solar Energy fellowship. Thomas, an associate professor at the UCF’s NanoScience Technology Center, was a key person in the study.

Pradhan and his UCF colleagues not just developed the device made of nanomaterials but also tested it. They carried out an experiment to see whether the device could recognise people. The researchers first used imaging data related to the faces of four persons (with varying facial features) to train the device about recognition of different faces. Then they commanded the device to reproduce those images, and the device did so, by recognising the faces of the respective individuals. This phenomenon is called face recognition and is shown by the human brain. “We found that our device was able to successfully recognise the portraits of four different people,” says Pradhan. However, he warned that the device is still far from perfect and is only in an early stage of development.

Technically termed the G-PQD superstructure, the device is made of two materials — tiny, light-sensitive semiconductor particles called quantum dots and a two-dimensional layer of graphene, a wonder material obtained from carbon. Graphene is strong, flexible, light, transparent, water-resistant and a good conductor of electricity. A single layer of graphene absorbs only 2.3 per cent of incident visible light, which impedes its use in light and vision related devices, notes Pradhan, light-sensitive quantum dots are not as good conductors of electricity as graphene. So, the researchers used a combination of both the materials to create the device. The entire device, or the superstructure, looks like “an extremely thin film, about one-ten thousandths the thickness of human hair”, says a UCF press release.

The device could be used to build drones that could process what they see, robots that could think like humans, and computer processors that can simultaneously process and memorise inputs. For instance, if the device was added to a drone, it might successfully help save, through its power of locating and recognising an object, stranded mountaineers, explains Pradhan. It could also assist diagnostic and surgical procedures.

Dr Shantanu Panja, a transoral robotic surgeon affiliated to the Apollo Gleneagles Hospitals, Calcutta, appreciates the study. “Incorporating such a technology can definitely enhance the accuracy of surgery, assist in decision-making and eliminate avoidable human errors,” he says. Dr Panja, however, points out that surgical decision-making and execution is an interplay of multiple factors, of which the most important is the human element.