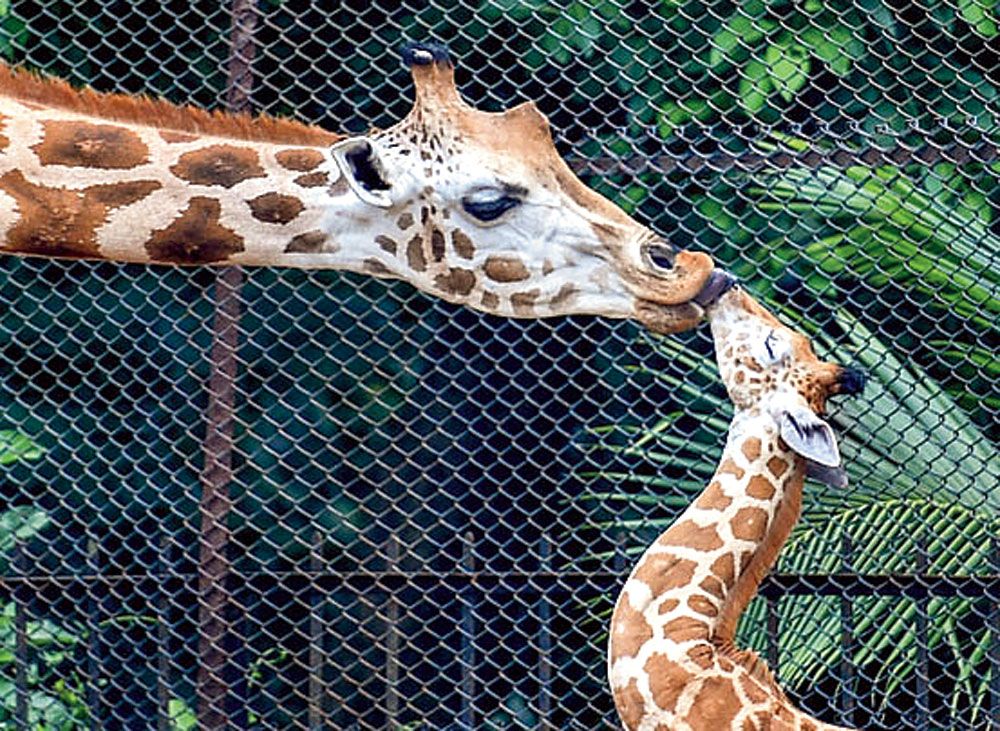 Sir — People throng to the zoo during the winter. But their merriment often turns into misery for the animals. They are disturbed, given food that is unsuitable for them and left traumatized. The authorities should be more vigilant. Yet, nothing can be achieved without the cooperation of people. The article, “Zoo crowd eases birth pangs” (Jan 2), proved that people can behave better. The crowds near the enclosure of a giraffe which was in labour, vacated the place when told that any commotion could cause a miscarriage. Such cooperation shows that people are ignorant of, not immune to, the plight of animals.

Sir — There was hardly any doubt that the Awami League, led by Sheikh Hasina Wajed, would win the elections in Bangladesh. But a victory in 288 seats out of 300 was beyond anybody’s wildest dreams. The claims of the Bangladesh Nationalist Party-led Opposition alliance, Jatiya Oikya Front, that the Awami League tailored the elections in its favour by colluding with the Election Commission are farcical. Had this been the case, would the BNP secretary-general, Mirza Fakhrul Islam Alamgir, have won with a fairly huge margin? A surfeit of factors, including criminal charges against the BNP chief, Khaleda Zia, and her son, weighed the results heavily in favour of Wajed. The high court has already dismissed the writ petition challenging the election results. International observers and those from India who surveyed the booths found nothing wrong, barring some stray clashes.

Wajed has a long road ahead if she is to keep the promises that she has made to the people of Bangladesh. Her unwavering commitment to preserving the country’s secular credentials have suffered some setbacks because of her failure to do enough to rein the spectre of Islamic fundamentalism. She needs to amend her administrative methods, not to mention renew her efforts to strengthen the economy. The common people’s faith in Wajed’s honest leadership will grow from strength to strength.

Sir — Awami League’s clean sweep in a general election marred by violence is nothing but a victory of muscle power and evidence of the shameless use of the State machinery to undermine democracy. It would be unfair to compare the win of Sheikh Hasina Wajed with that of Narendra Modi in the 2014 elections. It is clear from various reports that the massive mandate she received was not quite achieved honestly.

However, it must be admitted here that Wajed’s return to power in Bangladesh is a great relief for India, as she is the most trusted neighbour in South Asia.

Sir — The landslide victory of the Sheikh Hasina Wajed-led Awami League is significant both for Bangladesh and for India. Under Wajed, the Bangladesh economy has shown tremendous growth, surpassing Pakistan’s per capita gross domestic product in 2017. Some of the democratic tenets of the Constitution, too, have been restored under her aegis.

More important, Wajed has always maintained a close tie with India. The two countries have signed several important treaties regarding sharing power, infrastructure, waterways and railway connectivity. One hopes that the matter regarding the sharing of the Teesta waters will also get resolved soon. Such a gesture will keep China away from strengthening its presence in India’s immediate neighbourhood.

Sir — The drive to rename cities and spaces continues with the recent name changes in the Andaman and Nicobar archipelago. Three islands of the area have been renamed to mark the 75th anniversary of the first hoisting of the tricolour on the islands. The famous Ross Island has now become Netaji Subhas Chandra Bose Dweep, Neil Island will be called Shaheed Dweep and Havelock will become Swaraj Dweep. These are popular tourist spots in India. As such, it is only right that they have been given Indian names. This should have been done long ago.

Sir — The Narendra Modi-led government has proved, once again, that it is utterly ignorant about India’s history. Another possibility is that desires of people do not matter to it. The renaming of the three islands in the Andaman and Nicobar archipelago as a tribute to Netaji Subhas Chandra Bose is proof of this. It is true that Bose, in alliance with the Japanese has briefly liberated the islands from British rule during World War II. But Bose and the Indian National Army had only nominal administrative control in the area. The Japanese forces exercised actual power and so brutal were they with the locals that they, along with Bose’s INA, were severely disliked by the locals.

The local women were forced into sexual slavery, others were used as forced labour in various development projects around the area. No less than 2,000 Indians are estimated to have died as a result of Japan’s occupation of the Andamans. Yet, Modi thought it justified to rename an island after Bose. Was there no better way to pay tribute to a freedom fighter of Bose’s calibre?