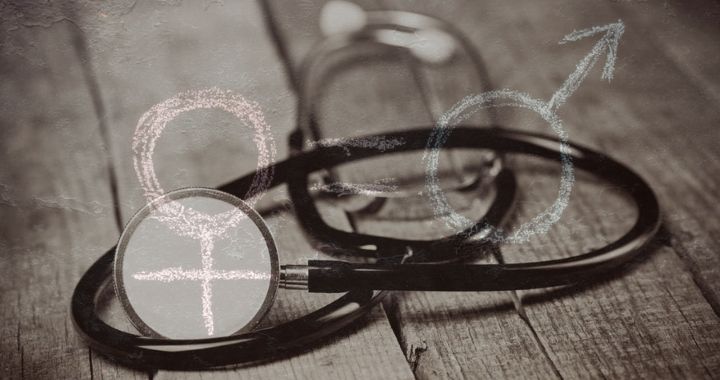 A recent study by the AIIMS, New Delhi, shows that men outnumber women, at times by a ratio of two to one, in outpatient consultations across medical specialities
(Shutterstock)
The Editorial Board   |     |   Published 13.08.19, 11:45 AM

Inequality is a concept that most Indians, especially women, are familiar with. Many a study has outlined how women are deprived of even the most basic necessities. Take, for instance, the recent study by the All India Institute of Medical Sciences, New Delhi, which shows that men outnumber women, at times by a ratio of two to one, in outpatient consultations across medical specialities. This is all the more worrying in the light of National Sample Survey Office data in 2016 showing that more women are falling ill than men. Yet given how deep the roots of patriarchy run in India, it is not surprising. Men are given preference when it comes to spending limited resources — the gender gap in spending on healthcare varies from Rs 5,000 to Rs 8,000. But even providing healthcare services free of cost does not ensure equal access to women as a survey by the Oxford University proved. First, women’s health is just not considered important enough, explaining the deficient diets of women who traditionally eat last and the least. Then there is also the spectre of shame associated with the female body. Women would rather hide suspicious lumps, discharge or discoloured patches than expose themselves to examination. The social stigma of diseases like leprosy, which even men tend to conceal, also becomes a reason for secrecy.

More important, even when women do consult physicians, there is no guarantee that they are receiving proper treatment. The Union government recently admitted — after denying it last year — that 57 per cent of those practising allopathic medicine in India are not qualified to do so. Yet, instead of acknowledging the risks that this poses, the government is using it to argue in favour of community health practitioners who will apparently address the shortage of doctors, chiefly in rural areas. This attitude of plugging gaps with ready-made solutions is what ails healthcare in India. The unthinking imposition of price controls on medicines and devices to check rising healthcare costs is a perfect example. Instead of State investment in research and development of new medicines to help patients, price capping discourages innovation, which is dangerous in the long run. The focus on quantity rather than quality is another issue — Ayushman Bharat may be the ‘largest State-run healthcare programme’ but the monetary allowance per head is far from sufficient to meet a person’s healthcare needs. Women, then, are not the only ones at a disadvantage when it comes to healthcare in India. They simply bear the additional burden of being women.

Adoptions reflect a waning gender bias, but should we celebrate?