Currently, the most felt post-1947 Tevye-moment is our emergent affection for a return to ancient India 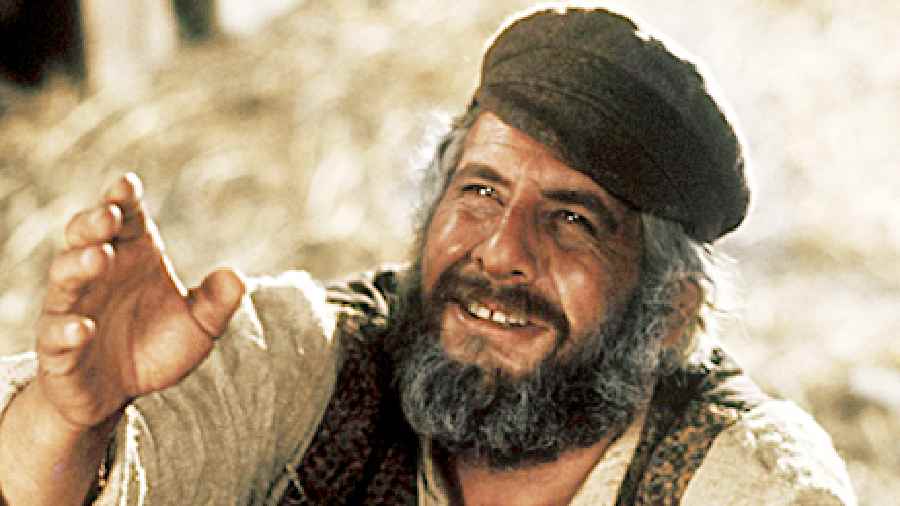 “Oh, dear Lord, You made many, many poor people. I realize, of course, it’s no shame to be poor. But it’s no great honor either. So, what would have been so terrible, if I had a small fortune?”

The Israeli actor, Chaim Topol, utters these lines before he launches into the song, “If I Were a Rich Man”, in the 1971 film, Fiddler on the Roof. The song encapsulates the dream all of us chase: who doesn’t look at a situation more impressive than one’s own and wish it was theirs too?

Sometimes, Tevye-moments afflict countries. India’s embrace of democracy in 1947 was the first time in a long while that Indians were trying to make a progressive country their shared commonwealth. Until then it had been colony, empire and kingdom. For most, it was freedom from the British. The truth was different. What we had at that juncture was the freedom to cast ourselves afresh in an entirely new pattern.

But as 2022 shows, our Tevye-moments have multiplied.

Currently, the most felt post-1947 Tevye-moment is our emergent affection for a return to ancient India. The argument is: back then, not only did we enjoy pride of place in knowledge and wisdom but we were also among the leading economic powers.

Nostalgia for a muscular past — political and economic — leads us to other Tevyemoments. In the last three decades, there has been tremendous interest in China. China is India’s close competitor in terms of greatness and GDP. Some posit that by chasing China, we will become bigger than the US economy. That is a major thing, for the United States of America has long been the ideal for Indian citizens despite India’s founding fathers advising a trajectory closer to socialism.

That brings us to the details. China’s is a command economy, helmed by a single party, which, in turn, is helmed by a powerful boss. Do we have an appetite for the same arrangement? A look at election results after 2013 would make it appear that India is not above sacrificing several choices and freedoms to be China-like.

In 1962, we fought a war with China; a war that was allegedly triggered by Indian oversight and Chinese treachery. The result? We have a deep distrust of and admiration for China; an envy that fancies China’s global clout, economic power, political power, military strength and, above all, its capacity to challenge the US. It is thus not easy to give up our Chinaseeking Tevye-moment, for the pursuit of being big is also linked to underlying machismo. Thus, even against the backdrop of guilt established over Russia’s invasion of Ukraine, there are those in India fascinated by Russian toughness.

However, the most enduring and widespread Tevyemoment is America. For decades, we have wished to be as well-off as the Americans seem in Hollywood’s celluloid exports. As of 2022, although the majority of Indians still struggle to make ends meet, there are those who are firmly entrenched in wealth. Until the dawn of the 21st century, the fastest rise to mind-boggling wealth in India — eventually a massive private business spanning textiles, petroleum, telecom and retail — took two generations to achieve. Wealth has been a very influential lobby in India. ‘So, what would have been so terrible, if we were America?’ Of all our pleas to the heavens, this one appears partly answered. Vindication lies in personal fortunes proliferating along with instances of financial fraud.

There’s one problem when the heavens respond favourably. In Fiddler on the Roof, Tevye is a hardworking, poor, Jewish milkman in a village in Ukraine. Had the heavens responded to Tevye’s plea, would there be a story, a script, a movie and that unforgettable song?