Advertisement
Home / Opinion / Will Omicron stop Kabir Khan's party with 83 in the UK?

Will Omicron stop Kabir Khan's party with 83 in the UK?

EYE ON ENGLAND: London as the best place in the world for books to do with India 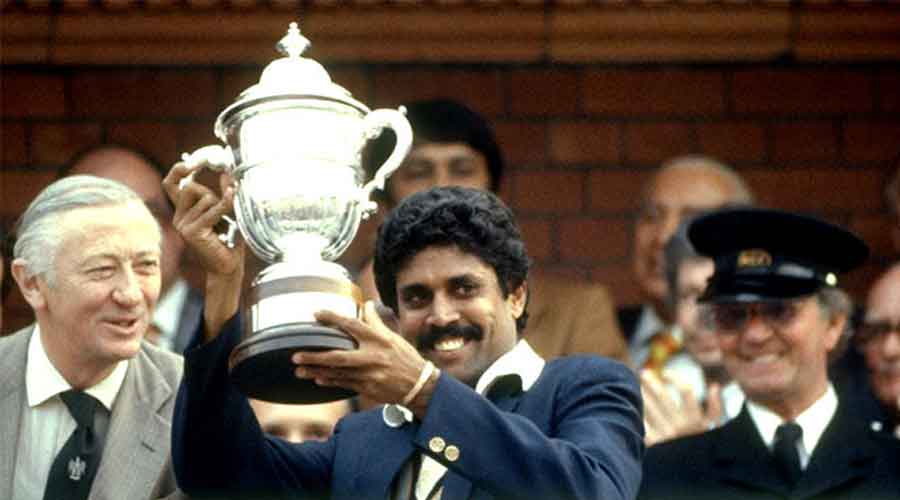 After India had won the World Cup at Lord’s on June 25, 1983, I slipped out of the press box and made my way to the Indian dressing room with the intention of interviewing Kapil Dev and the other members of his team. It was 7.30 pm in London, while in India it was the bewitching midnight hour. Even then I was aware that some people were claiming that this was India’s “greatest day since Independence”.

The pavilion had been sealed off by stewards, but seeing me dressed in whites with a blue blazer, they assumed I was one of the players and lifted the ropes to allow me to duck underneath. “Back home they must be going crazy,” Kapil told me. The Man of the Match, Mohinder Amarnath, was sure that back in India his father, Lala Amarnath, had followed the live commentary. “He must be very proud.” India’s high commissioner at the time, Seyid Muhammad, predicted: “This is bound to affect the prestige of India in every way.” What is going to affect the release of Kabir Khan’s 83 in the UK is the pandemic — will Omicron stop play?

I found Kabir to be a quiet, understated man when we went round America in 2005 working on The Journalist and the Jihadi, a documentary about the killing of the journalist, Daniel Pearl. While I did the interviewing, Kabir was next to me as the cameraman. He talked of making a movie set in Afghanistan, which turned out to be Kabul Express. But I don’t think he had thought of 83 at that stage.

The year, 2021, saw a surge in book sales owing to the lockdowns. In any case, I think London is perhaps the best place in the world to keep in touch with books to do with India or of interest to Indians. My brother has just returned my copy of Amartya Sen’s memoir, Home in the World, which he has enjoyed very much. Books, I find, are like friends. Lockdown has been eased by Abir Mukherjee’s detective thriller, The Shadows of Men, Marina Wheeler’s The Lost Homestead, Andrew Lownie’s The Mountbattens: Their Lives and Loves, and Christophe Jaffrelot’s Modi’s India. I also had great fun reading Hawk and Hyena, Farrukh Dhondy’s colourful account of his encounters with the serial killer, Charles Sobhraj.

I have just started Shruti Kapila’s Violent Fraternity: Indian Political Thought in the Global Age (it has a chapter, “Hindutva’s War and the Battlefield of India”) alongside Wodehouse at the Wicket. The latter has a lovely chapter, “Reginald’s Record Knock”, which begins: “Reginald Humby was one of those men who go in just above the byes, and are to tired bowlers what the dew is to parched earth at the close of an August afternoon. When a boy at school he once made nine not out in a house match, but then went all to pieces. His adult cricket career was on the one-match one-ball principle.”

My parents — both of whom read English at Scottish Church College in Calcutta — had an idyllic view of England. Even as a child, I had picture books of English country cottages with roses round the front door. I mention this because 2021 has seen fierce debates about what it means to be British, more specifically, English. A reassessment of Britain’s colonial history and its involvement in the slave trade has been triggered by the Black Lives Matter movement in the aftermath of the killing of George Floyd in America. It is white folk who are questioning the nature of the raj. They are being opposed by other white people, mainly on the Right, who accuse the former of being “woke” and denigrating British culture.

Take, for example, the National Trust, which looks after over 300 historic houses. It has been condemned by the Right for revealing that nearly a third of the houses were built with colonial loot or the proceeds of slave trade. The raj is a subject considered too controversial to be included in the school syllabus. People in the UK would be surprised, shocked even, to discover that there is a statue of Queen Victoria outside the Victoria Memorial Hall in Calcutta. Here, there are those calling for Robert Clive’s statues to be pulled down. Indians have largely steered clear of this debate, although the journalist, Sathnam Sanghera, has been praised — and criticized — for writing a book, Empireland: How Imperialism Has Shaped Modern Britain.

Winston Churchill is the litmus test for Britishness. He has long been idolized as the ‘greatest Briton of all time’ because of his inspiring leadership during the dark days of World War II. But in the ‘culture wars’ currently raging in England, no one polarizes opinion more starkly than Churchill. I must say I was taken aback when Churchill College, Cambridge, initiated critical debates to examine his colonial record and his alleged culpability in aggravating the effects of the 1943 Bengal Famine.

The journalist, Geoffrey Wheatcroft, came under attack for his critical book, Churchill’s Shadow: An Astonishing Life and a Dangerous Legacy. But no one has suggested the book should not have been published or filed a legal case saying their ‘sentiments have been hurt’. In that sense, this is still a commendably free country.

In spite of speculations, I don’t think Boris Johnson is ready to be ousted yet. In the unlikely event that it were to happen, Liz Truss, the over-ambitious foreign secretary, is said to be the favourite to succeed him, even though the chancellor of the exchequer, Rishi Sunak, is reckoned to be the most competent person in the cabinet. Truss has been given the extra responsibility of dealing with post-Brexit negotiations with the EU — something that will make or break her, the experts say.