Why US Democrats need to believe in women again 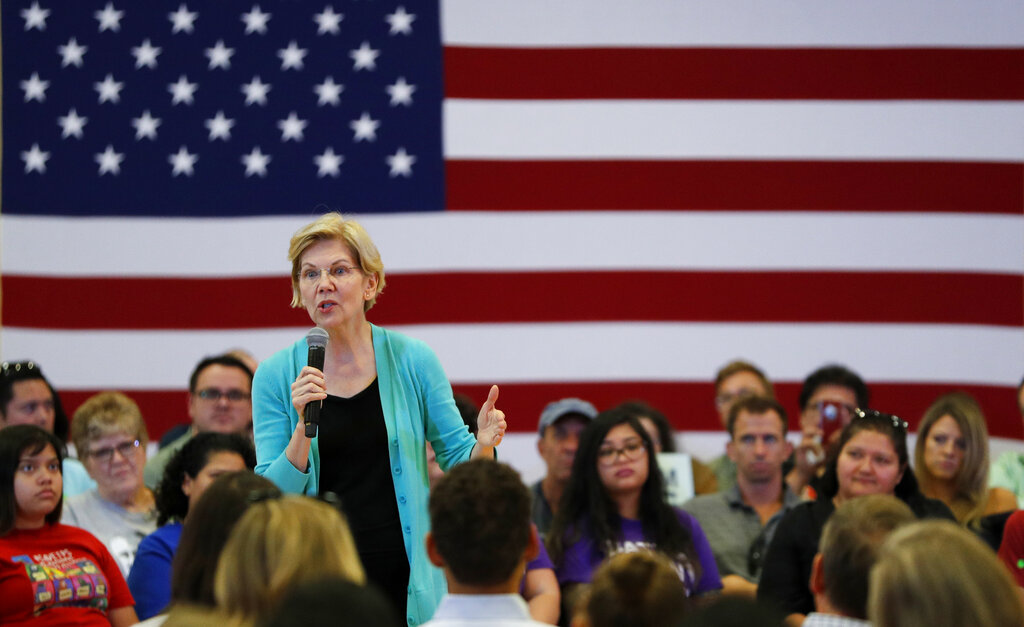 On June 21, 2019, at Rep. James Clyburn’s fish fry in Columbia, South Carolina, I met Sharon Hamill, a 59-year-old insurance agent who was deciding who to support in the Democratic primary. She told me she liked Elizabeth Warren, “but I don’t think that this is the year for a woman president.” After Hillary Clinton’s defeat, she feared that a female candidate would be unelectable and said she thought voters wanted a president who wouldn’t inspire a furious backlash. She was leaning toward Joe Biden, even though she worried about his age.

I’ve heard similar things from other women on the campaign trail. Clinton’s loss was a trauma that they’re terrified to reenact. “I like Warren. I like Kamala,” 63-year-old Shyvette Brown told me at the Biden campaign’s kickoff rally in Philadelphia in May. “But I just don’t think they will elect a woman.” She didn’t like it or think it was fair. She just thought it was true.

We’ve now had two Democratic debates in which women dominated. On Wednesday, Warren was one of the first debate’s clear winners, along with Cory Booker. And across the political spectrum, there was a near-universal consensus that Kamala Harris triumphed Thursday, scoring a devastating blow against Biden in an exchange about busing. The question now is whether these victories can convince battle-scarred Democratic women to believe once again that a woman can beat Donald Trump.

There’s a bleak paradox here. Feminists, myself included, are probably more likely than others to believe that sexism played a profound role in Clinton’s loss. Looking back, the 2016 campaign seems to me like a slow-motion symbolic femicide — the “Lock her up!” chants, the “Trump that Bitch” T-shirts, the proliferation of medusa imagery. But the more you think that misogyny undermined Clinton, the less inclined you might be to support another female challenger, given the hellish prospect of four more years of an authoritarian goon — who has now been credibly accused of rape — defiling the White House.

I suspect this is part of the reason why various configurations of white men — Biden, Bernie Sanders and either Beto O’Rourke or Pete Buttigieg — led in many Democratic polls throughout the spring. But the last two debates have made it clear that the two strongest Democratic candidates are women. Warren has the most well-developed ideas and the clearest vision for what she wants to accomplish as president. Like Sanders, her platform isn’t an accessory to her campaign but her entire reason for running. Harris is fierce with an ineffable charisma; she’s often warm and joyful, but you could imagine her vivisecting Trump onstage.

Several things can be true at once. Without the handicap of sexism, Clinton probably would have won a race that was essentially decided by a rounding error. Misogyny will work against the next female presidential candidate. And yet the people best positioned to lead the Democratic Party are women.

After all, every candidate will have something to overcome. Sanders would have to deal with widespread fear of socialism. Biden demonstrated again Thursday that he’s ill-equipped to justify much of his long record in public life. Sexism is a disadvantage, but it’s not the only one.

And it needn’t be the same sort of disadvantage that it was in 2016. In retrospect, one of the saddest things about the last election was the way that voters passionate about Clinton but wary of online harassment hid in private Facebook groups, which made it seem like there was no real enthusiasm around her candidacy. I’ve spoken to countless women who voted for Clinton but regret their failure to be public in their zeal, to canvass and phone bank for her. It’s hard to imagine that Warren or Harris would have this problem in 2020. Biden, on the other hand, might, since so much of his support is premised on a weary sort of pragmatism.

A sea of white, lit by history

Throughout 2007, Clinton led Barack Obama in South Carolina, where at least half of the Democratic primary electorate was African American. The Los Angeles Times reported on a survey taken that December showing that the state’s black voters were less likely than white ones to believe that the country would elect a black president. It made sense: Black people are forced to understand the pervasiveness of racism in a way that white people cannot. Then Obama won Iowa, and black voters let themselves have hope.

Gender, of course, functions very differently than race. But most women don’t want Trump to be president, and the 2018 midterms showed a widespread eagerness to put women in office. This week should give us confidence that a woman can lead the fight against this grotesque president. Surely it’s not riskier to back the women who won the debates than the men who lost them.