DELHI DIARIES: When RJD hopefulls carried curd for Lalu on the Rajdhani on Makar Sankranti 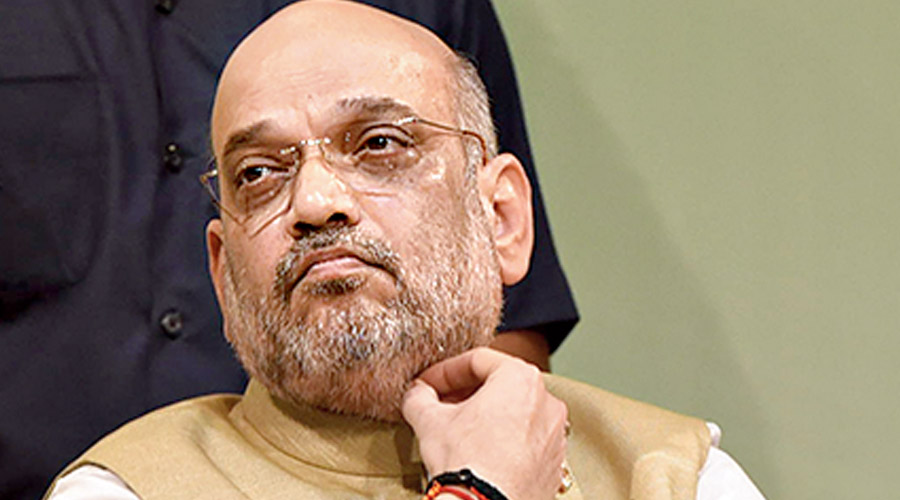 The Union home minister, Amit Shah, has suddenly become overactive in the Bharatiya Janata Party’s campaign for the Uttar Pradesh assembly elections starting next month, generating a lot of buzz in the BJP corridors. The general feeling is that the prime minister, Narendra Modi, has asked Shah to steer the UP polls, sensing some danger. Many at the BJP headquarters, where Shah has been holding late-night strategy sessions, felt a return to the old days when Shah used to be the party boss.

“Amitbhai simply loves managing elections,” one party leader said. The leader wondered whether Shah devotes similar kind of time to discharge his official responsibilities as the home minister of the country. Some even discussed if he did the right thing by leaving the party chief’s position and joining the government. As BJP chief, Shah was viewed as the second-most powerful person after the prime minister. Shah joining the government was widely seen as an effort to establish him as the successor to Modi. But somehow, most party leaders feel, the aura and authority Shah had as BJP president has been lost. As party boss, Shah used to figure along with Modi in all campaign drives. In fact, a majority of the campaigns had only Modi and Shah’s pictures on display.

The railway authorities in Patna were flummoxed this Makar Sankranti. Several passengers in the Rajdhani Express were allegedly seen carrying large quantities of curd, chura and tilkut for a couple of days. They were from different parts of Bihar, but all were clad in kurta-pajamas and were heading to Misa Bharti’s residence in Delhi, where her father and the Rashtriya Janata Dal chief, Lalu Prasad, is recuperating.

A little snooping revealed that some of the vacant seats in the legislative council are set to be filled up in the next couple of months and those hopeful of securing a ticket are flocking to Delhi. Some of the RJD leaders remembered Makar Sankranti celebrations hosted by Lalu in Patna where huge quantities of curd would be served to guests. “Though doctors have prescribed a frugal diet to Lalu, can the subjects let their emperor go without curd and sweets,” asked one RJD leader.

The allegiance of the Union steel minister, RCP Singh, has become a concern for the Janata Dal (United) in Bihar. Party leaders are wondering whether he is still a part of JD(U) or has crossed over to the BJP, its ally in the state. The doubt was expressed by several senior leaders after Singh, apparently entrusted around three months ago to forge an alliance with the BJP to contest the UP assembly elections, returned empty-handed at the last moment. What struck them was that he kept the party hopeful about the alliance when the reality was much different.

A similar indignation rose during Singh’s induction into the Narendra Modi-cabinet when he accepted the single berth offered by the BJP which had been previously rejected by the JD(U) chief, Nitish Kumar. Singh has also supported the BJP on several controversial issues and bills in Parliament. A section of the top JD(U) leadership is now baying for Singh’s blood. He will likely have a tough time getting re-elected to the Rajya Sabha when his term expires this year, putting his place in the Union cabinet in jeopardy.

The state secretary of the Communist Party of India (Marxist) in Kerala, Kodiyeri Balakrishnan, has been forced to answer too many questions about his party organizing the well-attended district conferences by ignoring Covid-19 safety protocols. The Congress has been criticizing the CPI(M) for violating protocol that mandates a maximum of 150 people at any public event. But Balakrishnan, in his inimitable style, retorted whether the Malayalam actor, Mammootty, got infected after attending a conference. Mammootty — he tested positive along with his son, Dulquer Salmaan — never would have expected to get drawn into a political debate over Covid management.

The decision to hold cabinet meetings outside Guwahati at regular intervals soon after Himanta Biswa Sarma took charge last year has seen a lot of activities in the districts where they have been held so far. The district administration not only goes all out to deck up the hosting town but also prepares a lavish spread to impress the visiting ministers and bureaucrats. This has led to questions about the massive expenditure on such meetings.

Finally, the chief minister, who is convinced that these meetings will help take governance closer to the people, reportedly instructed the district authorities not to over-prepare the food for the cabinet meeting at Haflong that took place earlier this week. He also suggested the menu — rice, dal, sabji, one type of fish, meat dish and a dessert. It has been alleged that earlier chefs were being brought from Guwahati to prepare the food. “Once the chief minister came to know of it he instructed that there should be no overpreparation,” a source familiar with the development said.

It seems that the Karnataka food and civil supplies minister, Umesh Katti, considers the words of Narendra Modi as final. Seen without a mask at a public event, Katti attributed his decision to Modi’s statement that it is an “individual’s decision” to wear one or not. This comes at a time when Karnataka is in the midst of the third wave of infections and the BJP government in the state is urging people to follow Covid safety protocols and wear masks.