Why some digital media outlets get the Centre’s goat 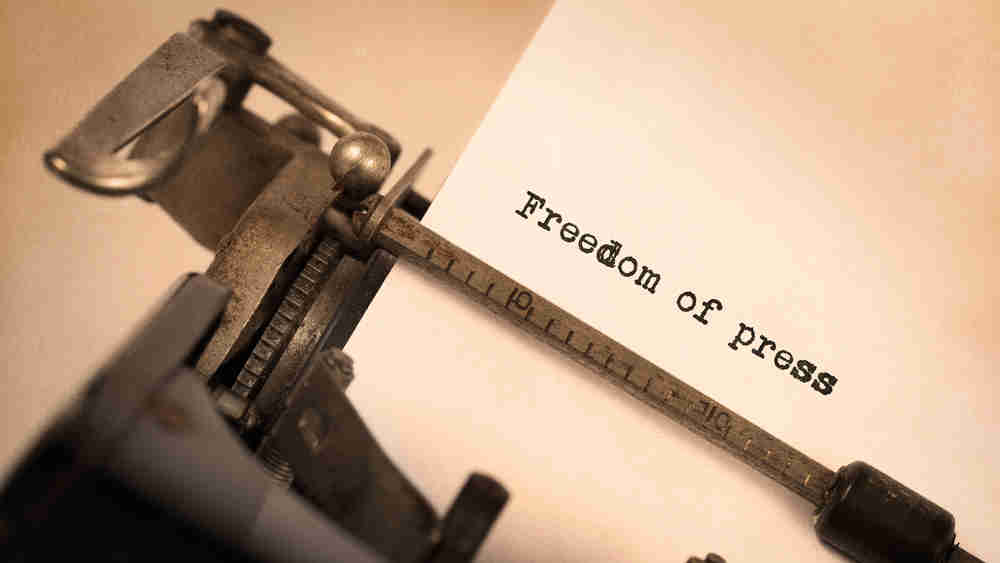 Intolerance of media criticism is in the DNA of the government and the ruling party at the Centre. It accounts for the many ways in which media houses and journalists are being harassed under a range of laws and have had cases slapped on them, often for nothing more than a factual news report, or a tweet or a Facebook post. But a government tying itself up every week into paranoid knots has to stop and ask itself why the old methods of bringing a recalcitrant media to heel are not working. What has changed

Simply this: provocation to the government, both at the Centre and in the states, now comes more from the digital media, including social media, than from the mainstream media. That helps explain income tax department ‘surveys’ this month at the offices of NewsClick and Newslaundry, first information reports lodged against reporters of The Wire in Uttar Pradesh, and the frequent jailing of the Manipur journalist, Kishorechandra Wangkhem, who has been jailed thrice in almost three years, including a preventive detention stint under the National Security Act, for Facebook posts criticizing the state government.

These journalists don’t back off either when harassed by the government. Neither NewsClick nor Newslaundry has altered the tenor of its reporting in the period between the two visits by the Enforcement Directorate and the income tax authorities this year. Both news portals expose politics, governance and the media establishment on a range of issues.

Established newspapers and television channels are, however, more vulnerable. Their business model makes them more susceptible to government pressure than a clutch of upstart web portals because they have far bigger businesses to protect and are at least partially dependent for their revenue on advertising from the Central government or state governments. Their proprietors don’t have the stomach to stand up to bullying by the State beyond a point. And it affects their journalism.

A striking example of this is the reporting in TV and print around the young man killed during the tractor parade in the capital on January 26 this year. The Wire report from Rampur in UP that earned it an FIR from the UP police quotes the victim’s family as saying the post-mortem report suppressed the bullet injury in the man’s head. It is accompanied by a video, which clearly shows two such injuries. Three sedition cases were filed in three states, including UP, against those in Delhi who tweeted about the man being shot. One of them was Rajdeep Sardesai of India Today TV. His channel took him off air for a period after airing the anchor’s retraction of his tweet. It did not procure and show the same video footage in defence of its anchor. Meanwhile, Newslaundry has reported more recently that national and regional TV channels, India Today is among them, received Rs 160 crore from the UP government in advertising in the financial year, 2020-21.

The latest instance of a print publication caving in came just last week when the Outlook Group sacked its editor-in-chief after he returned from leave and alerted his staff that he was planning a cover story on communal polarization in UP in the run-up to next year’s polls. In previous months, the magazine had carried cover stories critical of the Narendra Modi government’s handling of the Covid-19 pandemic and on its misuse of anti-terror laws across the country.

Several news websites in India have followed a different track from commercial media as foundations came up over the last decade to fund independent media. When the government went after the businessmen who contributed to these foundations, the founder-editors struck out on their own with public support.

If you think of this category of media as tenuously viable, think again. They don’t have to do events to garner revenue and keep the government in good humour so that its ministers grace these sponsored events. Nor do they have to balance their investigative journalism and editorial criticism with offers of prime editorial space to the government leadership to have their say, as one paper famously does. They don’t have a stable of publications to protect; when they are short of money, the public steps in with crowdfunding. If they are dragged to court or have cases slapped on them by the government of the day, there are enough public-spirited lawyers around to fight those battles for them pro bono.

The more the government’s attack on digital news media widens and deepens, the more it stirs up public-spirited responses. They are seen as Davids ranged against the Bharatiya Janata Party’s Goliath.

Abhinandan Sekhri’s cock-a-snook tweet a few days after the IT visit to Newslaundry sums it up pithily: “Since the IT ‘survey’ in 2 days we have got over Rs 14 lakh [in] subscriber contribution. No sarkari ads & no grovelling to large corporations & they wonder how we get funded. THATS HOW.” Sekhri is the co-founder of Newslaundry. The site has solicited reader subscriptions from the beginning, even as it has been supported by the Omidyar Network. Around the time Newslaundry was visited for the IT ‘survey’, news was emerging that the government had put 10 foreign-funding organizations, including Omidyar Network, in the Prior Reference Category under the Foreign Contribution (Regulation) Act 2010. More pressure?

But more and more feisty digital ventures just have to do courageous, independent journalism to have the resources to fight off this pressure. They don’t need circulation departments: their stories are instantly amplified on social media and some get enough traction for the mainstream media to want to pick them up. Take the Pegasus spyware investigation as the latest example. The Wire was the Indian news organization chosen for the collaborative investigation anchored by Forbidden Stories, the France-based, publicly-funded network of journalists. Not one of the country’s print majors.

State harassment will not stop public-spirited journalism. It will merely give government and party a bad name and make the big boys of print and television look like wimps.