Advertisement
Home / Opinion / Why it matters how Manipur became a state

Why it matters how Manipur became a state 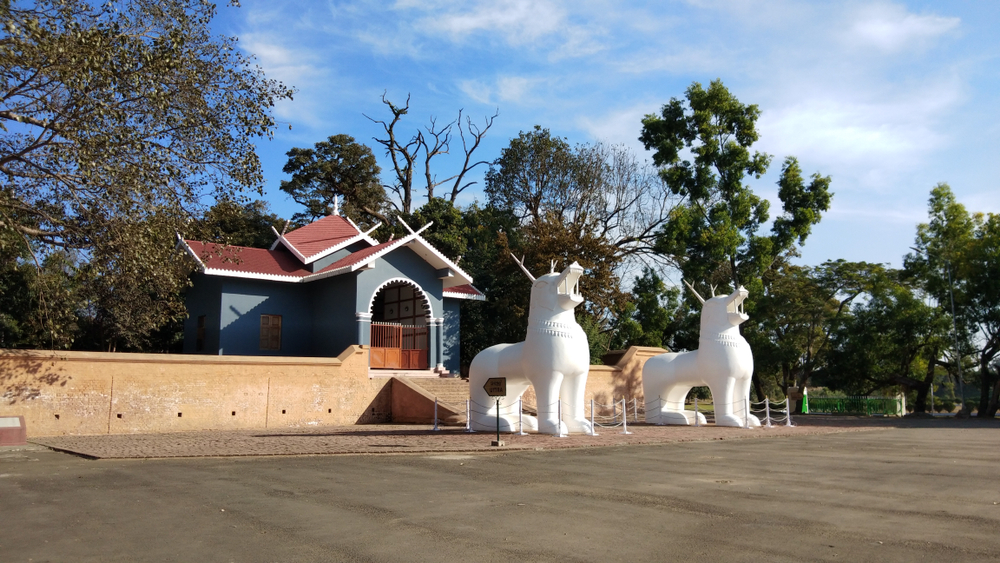 A view of the Kangla Palace in Imphal. Manipur’s predicament is closely linked to the march of the republic. The erstwhile princely state signed the Instrument of Accession but not the Merger Agreement until 1949, that too under duress.
Shutterstock
Pradip Phanjoubam   |   Published 20.02.19, 12:02 PM

The Indian republic turned 69 on January 26. Five days earlier, on January 21, Manipur also commemorated its 47th year as an Indian state. The first event was marked by protests and boycotts by insurgent groups and, this year, as in other northeastern states, by many civil organizations over the controversial citizenship amendment bill, although the government here did manage to get government school children and other state institutions to complete the formalities of celebration. The second event was largely ignored, save for the fact that January 21 was a state holiday and reports of official functions featured on the front pages of local newspapers. The joy of emancipation that these events are supposed to symbolize was absent. In fact, it has been absent for a long time. While this general indifference is true of most northeastern states, the case of Manipur is illustrative.

What went wrong? Fali S. Nariman’s 2013 book, The State of the Nation, may hold some clues. He writes that modern India was launched on a very uncertain wicket, an idea that he has articulated in several public lectures. Its partition in 1947 was traumatic, but even after this, it was still left with the prospect of uniting 560 or so princely states, many of which were either indifferent or unwilling to join the new nation — Hyderabad, Kashmir, Travancore, Junagadh and more. Manipur was one of these. The Constitution, written at such a time, was expected to reflect this insecurity, wrote Nariman. Article 1 of the Constitution, which says “India, that is Bharat, will be a Union of States”, indicates that India is federal. However, one article later, Article 3, refutes this spirit. The latter empowers the Union to split existing states, merge them, alter their boundaries, or even change their names, with or without their consent.

Other than the anticipation of the need for reorganizing its states in the days ahead, the unarticulated but clear message to the former princely states was that if any of them misbehaved, the Union could abolish them. Nariman says that this existential angst is also reflected in other provisions of the Constitution. For example, the Commission of Inquiry Act, 1952 allows the Union to institute inquiries even into state subjects listed in the Seventh Schedule; or, take for instance, the institution of the governor, who is also the ear and eye of the Union in the states. Over seven decades after Independence, India is no longer the same. Nariman suggests that even if dropping these features is not feasible, they should at least be archived so that India can claim to be a truly confident federal republic.

Manipur’s predicament is closely linked to the march of the republic. The erstwhile princely state signed the Instrument of Accession but not the Merger Agreement until 1949, that too under duress. Maharaja Bodhchandra Singh had gone to Shillong for some work in September but he was kept under house arrest in his summer residence and not released till he signed the agreement on September 21, to be put into force from October 15. Prior to this, an anti-monarchy movement had compelled the king to give way to an elected legislature to run the state as specified in a Constitution drawn up hurriedly on the eve of Independence.

This legislative body as well as the Constitution were abolished unceremoniously upon the merger with India. Nariman predicted that for reasons that probably had to do with showing the rebellious former kingdom its place, it was not given full statehood and was, instead, made a Part-C state, its administration handled by a diwan appointed by the Union. Protests were not immediate, probably because Manipur’s affinity with the idea of India was already prominent, but demands for full statehood began soon enough. When public agitation reached a critical threshold, Manipur was upgraded to a Union territory in 1956. When this did not put matters to rest, in 1963, a 30-member territorial council was introduced to give the local elite some say in the state’s administration under the guardianship of a chief commissioner. The same year, on December 1, in the wake of a powerful secessionist movement, the Naga Hills District of Assam was granted full statehood after merging it with the Mon and Tuensang subdivisions of NEFA (now Arunachal Pradesh).

Trouble in Manipur, however, did not end, and secessionist sentiments began growing. It was then that full-fledged statehood was granted to it in 1972, together with Meghalaya and Tripura. By then, the belief that no concession from the Union can be gained without violent agitations had become ingrained. Manipur is living the consequences of such thinking to this day. Only a sustained and imaginative policy can purge the region of its oppressive culture of protest.