Advertisement
Home / Opinion / Wherever is now for us to go?

Wherever is now for us to go?

There is no running away. There is nowhere to run. This is us, this is what we made of what we got. And what we made is coming back to us. Payback time... 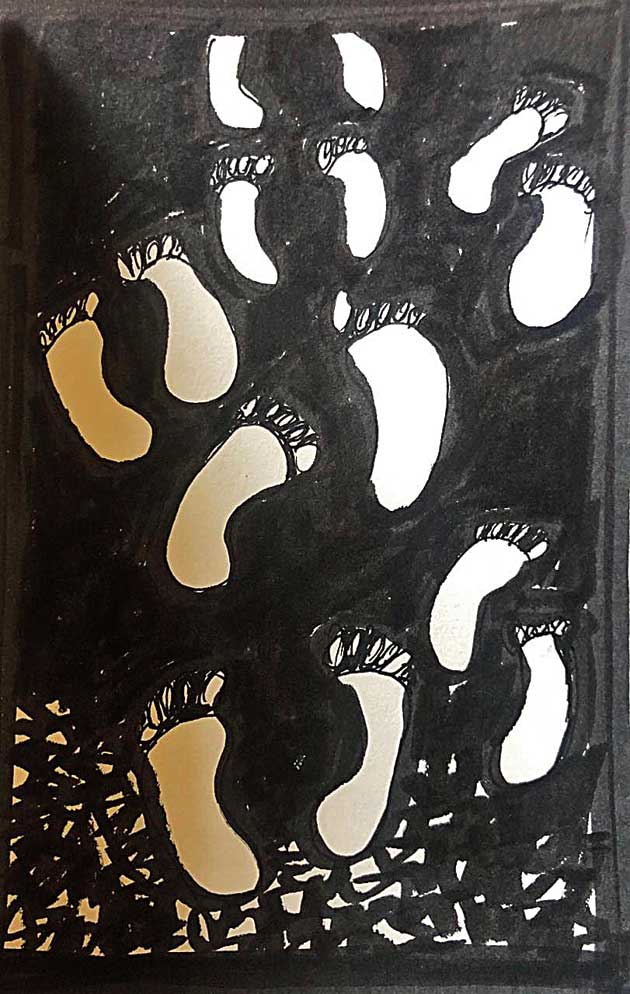 We took aim and we lavished bloodshed on those treetops until there were no birds and no blood to shed. We waited for them to fall, while they were there to fall. We never climbed. Not us who pride ourselves in our travels. We have gone where no man has ever been before. Why?
(Anon)
Sankarshan Thakur   |     |   Published 04.04.20, 06:38 PM

We have come here going. We left where we were and we arrived in other places. Here. There. Not everywhere. Thank heavens not everywhere. Not yet. There’s a plot in the seas somewhere, maybe not an island, but just a plot, bobbed up and unvisited; there’s a peak nobody’s bothered with just because it’s there; a recess of a remote forest spared our intrusion; a stretch of ice nobody has yet dared; a patch of desert that bears no attraction to our avarice; or just a treetop. Have we climbed all treetops?

Birds may have; not us. We took aim and we lavished bloodshed on those treetops until there were no birds and no blood to shed. We waited for them to fall, while they were there to fall. We never climbed. Not us who pride ourselves in our travels. We have gone where no man has ever been before. Why? Because no man has ever been there before. Or woman. We have gone there for nothing but to put down other men. Or women. I am where you have never been. Wow! Wah! Shabbbaash! And what did we do there? We scrawled a signature: I was here. And we left a litter. Of stuff we no longer had any use for, our waste. We became a traffic jam en route where no man had never been before because we are creatures of caricature and copying. We think we are cats. We are in truth copycats. We all started to go where no man had ever been before and then one day we were rudely thrown off the habit. The mountains shook, they dusted us off. And yet some of us returned alive, victorious, indomitable. And having been there and embossed our name on it, we returned to where we were. Heroes. Who had been there, and done nothing. And we resumed what we had been doing. We sliced forests, we shaved them off. We punctured the soil, and sucked its riches. We coaxed out of it food and fruit and flowers and then we pumped in iron and grit and cement. We cemented its soul. We dammed and diverted the rivers. We flattened the hills and bore through the mountains. We hunted the wilderness, we massacred what there was — flora, fauna, frills. We sawed. We sliced. We skinned. We ate. We hung up as trophies what parts we could not eat. We raided the nests of birds and purloined their eggs and offspring; we made omelette of them, and opulence. We broke the wings of butterflies and pinned them down on plates of wax and cased them in glass.

So tell me what we employ our greatness towards? What great good that we did that we can put to use now? Do we have a way to predict or prevent a quake. Or a volcano deciding to burst. Or a forest setting itself and much else afire. Or a river switching course and a flood ravaging all in its wake. Or the clouds not shedding even if they arrive and pass? Or a swallow not arriving? What power did we achieve over a single swallow?

Weapons? Guns? Bullets? Tanks? Missiles? Mortars? Armies bigger than nations? Destroyer aircraft? Aircraft carriers bigger than cities? Is there one which will come to dock and board this virulence and dump it far enough? And where is that far enough? Or a jet that can bomb it off the face of the earth? Is there a gun to shoot this with to death? Even an airgun? What do you shoot that you cannot see? How do you take aim at nothing? Where do you flee from what’s within?

Where do you think you’re going?
I think you don’t know
You got no way of knowing
There’s really no place you can go.