When the real met reel: no Padma awards for film personalities

Interestingly, the omission of film artists has been made all the more conspicuous by the fact that the govt has exploited the reach and charm of a select group 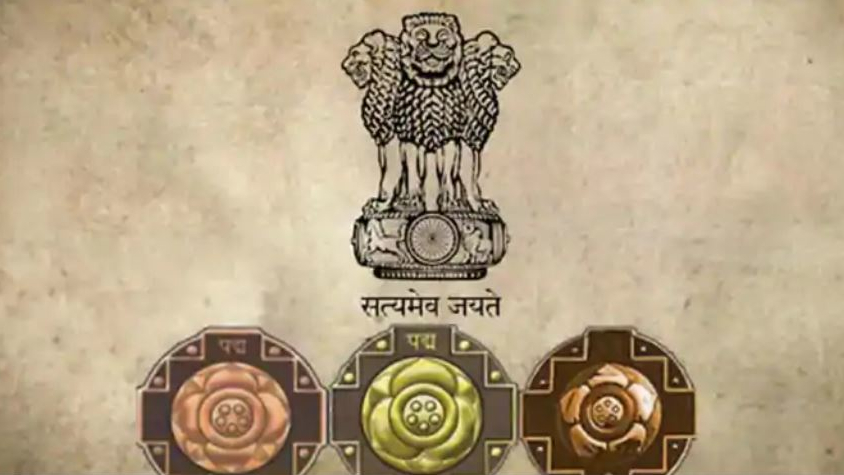 There is also the perception that the Padma awards are generally bestowed upon those who are close to the seat of power.
padmaawards.gov.in
Dinesh Lakhanpal   |   Published 15.02.21, 12:16 AM

Perhaps for the first time in decades, not a single film personality was honoured with the Padma awards this year. The one name — as consolation? — on the list was that of the Late S.P. Balasubrahmanyam. But he was recognized posthumously for his contributions in the field of art.

There is also the perception that the Padma awards are generally bestowed upon those who are close to the seat of power. The anomalies in the dispensation of such awards have led to whispers of political leanings being a determinant of national honour. Lata Mangeshkar has been rightly honoured with the Bharat Ratna, India’s highest civilian award. But Mohammed Rafi has been ignored. The dearth of regional artists in the award list is also discernible. M.G. Ramachandran has been a recipient of the Bharat Ratna, but it can be argued that the honour was linked to the political compulsions of the Congress.

Interestingly, the omission of film artists from the Padma awards this year has been made all the more conspicuous by the fact that the present regime has used all its might to exploit the reach and charm of a select group in the film fraternity in a bid to promote its ideology. A particular film hero was selected to interview the prime minister even though similar requests from leading print and electronic media journalists have gone unheard for years.

What makes the absence of a film personality from the honours list equally intriguing is the fact that ever since the National Democratic Alliance assumed power, the film industry has been divided into different groups. Gone are the days when the film fraternity kept itself at an arm’s length from the ideology of the political party in power. The only exception to this rule had been the film industry based in South India where artists like M.G. Ramachandran and N.T. Rama Rao went on to become chief ministers of their respective states. But that had much to do with the positions both these stalwarts took on linguistic and territorial disputes plaguing the regions at the time. The glamour of their personalities and their larger-than-life image of a benefactor of the deprived people influenced the political choices of the voters. Two contemporary stalwarts, Kamal Haasan and Rajinikanth, have shown an interest to take a plunge into state politics. The untimely illness of the latter has forced him to issue a public statement denying any such action immediately. In the heartland, the Hindi belt or in the North and the West, the relationship of film celebrities with those in power was characterized by mutual dependency and patronage.

The reach and respect of cinema has varied dimensions. Its range is inversely or adversely proportionate to the stature of artists, producers, directors or other associates. This stature is also largely determined by the success of these film personalities at the box office. Every party in power has sought to take advantage of this. This nexus had remained largely amorphous. It has become quite clear since 2014.

In fact the film industry has been at the receiving end of this association. Several government-run units — the Films Division, Directorate of Film Festivals, National Film Archives of India and the autonomous Children’s Film Society — were merged with the National Film Development Corporation by the Union cabinet last year. These outfits did not form a very big part of the film industry. But in spite of being State-owned agencies, their contribution to the cause of promoting cinema and nurturing fresh talent in their respective domains cannot be denied. It would be interesting to see how the freshly-minted, State-owned film organization functions. The intended vision of the new entity is to ensure balanced and focused development of Indian cinema across genres — feature films, content for OTT platforms, animation, short films, documentaries and content for children. There was a need to discuss the merger. But, just like the contentious agrarian laws, such deliberations have been avoided. This reflects the mindset of those in power.

The psyche of the ruling dispensation was also on display at the distasteful incident that took place at a public function — the prime minister was in attendance — to commemorate Subhas Chandra Bose on his 124th birth anniversary where Bengal’s chief minister was heckled. But the way in which a group of artists and film industry representatives got together to protest against the misdemeanour in spite of their political and ideological differences offers a ray of hope that the film fraternity would be able to keep its artistic expressions intact and apolitical.

The question is this: are India’s other film industries ready to take a leaf out of the book of their brethren in Bengal?